The governor of Puerto Rico signed an executive order on Wednesday banning so-called conversion therapy for gay or transgender minors on the island.

The decision came after Puerto Rico’s House of Representatives refused to vote on a bill that would have prohibited conversion therapy, a discredited practice that proponents claim can change a person’s sexual orientation or gender identity. The measure passed the Senate this month.

“I firmly believe that the idea that there are people in our society who need treatment because of their gender identity or whom they love is not only absurd, it is harmful to so many children and young adults who deserve to be treated with dignity and respect,” Gov. Ricardo A. Rosselló said in a statement last week announcing his plans.

The House refused to vote on the bill or hold public hearings for survivors of conversion therapy. The House speaker, Gabriel Rodríguez Aguiló, said in an interview this week that there was little evidence the practice was widely used in Puerto Rico. Members of the House also felt that the definition of conversion therapy was “too broad” and could potentially include other types of rehabilitation therapy, such as for drug addiction, he said.

Mr. Rodríguez Aguiló insisted the decision had “nothing to do” with discrimination against the L.G.B.T. community. “This is purely about a legislation that lacks information, that doesn’t have statistics, and we want to act based on the information that can be offered,” he said. 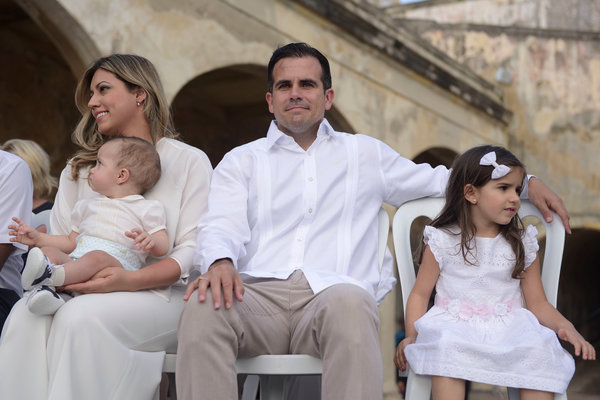 Ms. Laboy Alvarado said the House’s decision was “erroneous, wrong, and causes harm to our youth.”

She added, “The reality is that even if only one young person was put through it, that’s enough because of the harm that we’re causing them and our responsibility to protect minors.”

Alejandro Santos Calderón, an activist who said he was forced to undergo conversion therapy in Puerto Rico, interpreted the House’s actions as an attempt to silence gay rights activists.

“The L.G.B.T. community is tired, ignored, feels invalidated,” he said.

Mr. Santos Calderón works with a number of organizations, including the transgender task force of Coordinadora Paz Para Las Mujeres, a women’s rights organization. He grew up in an evangelical Christian household, but he left the church because officials continually tried to help him “rid himself of the ‘demon of homosexuality’,” he said.

“In Puerto Rico, there is no space where I can practice my spirituality,” Mr. Santos Calderón said. Almost 90 percent of the country identifies as either Catholic or Protestant, according to a 2014 Pew Center study.

The executive order requires all institutions seeking a license to practice medicine to certify that they will not offer conversion therapy, according to a news release from Governor Rosselló’s office.

The push to ban so-called gay conversion therapy has accelerated across the United States in recent years. The practice has been banned in 15 states and in Washington so far. The Colorado Senate this week passed a bill to prohibit the practice as well, and Gov. Jared Polis has said he will sign it.

Conversion therapy, which is based on the idea that homosexuality is a mental disorder that can be treated or cured, has been widely condemned by rights groups and discredited by mental health professionals for the “serious potential harm” it can cause, according to a report issued by the American Psychological Association and 12 other organizations.

“Today we take a step forward to raise awareness among the people about this type of practice that causes pain and suffering,” Governor Rosselló said Wednesday.

Via Rail employee tests positive for COVID-19, possibly infecting 3 others