Home » Americas » ‘Disruption and anxiety’ in US Jewish centres

‘Disruption and anxiety’ in US Jewish centres 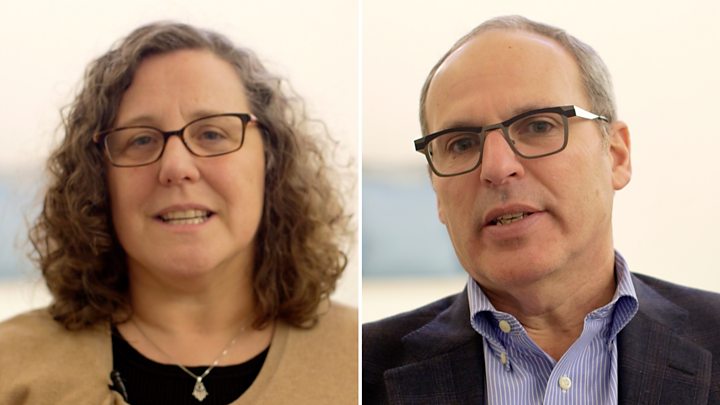 On 9 January, Ora Cohen Rosenfeld began her day just like any other at the Bender Jewish Community Centre (JCC) in Rockville, Maryland.

As the director of the early childhood centre, every morning she visits the classrooms to greet the roughly 200 pre-school children attending.

But just before noon, a mysterious call from an unknown number came to the front desk.

She quickly learned that she and her teachers would not be able to proceed with their normal schedule.

The caller to the Rockville centre warned a bomb was going to explode imminently, before hanging up.

The Bender JCC is one of the 68 centres in 26 US states and one Canadian province that have received bomb threats since the beginning of January.

Despite the cold and windy weather, all of the pre-schoolers and educators had to immediately evacuate.

“The children thought that they had gone on a field trip,” she said.

“They just lined up like they always line up and we walked across the street.”

Michael Feinstein, President and CEO said it sounded like a woman’s voice, though as voice-disguising technology was being used it’s “unclear whether a woman was calling.”

“They were asked when it was going to go off and they didn’t really respond to any of our questions”, he said.

The FBI is investigating the incidents, but so far, no-one has claimed responsibility for the four separate waves of calls on 9, 18, 31 January and 20 February.

Jewish news agency JTA has published what it says is a recording of one of the calls. In it, the caller makes an explicit threat to Jews, stating that a “C-4 bomb with lots of shrapnel” has been left.

However, no explosives were found at any of the locations affected.

The telephone threats have sparked fear amongst parents and teachers across the county.

Ms Cohen Rosenfeld has held a number of one-on-one meetings with “anxious and nervous” parents, though most, she points out, were happy with how the school responded to the threat.

JCC staff are tired of the “disruption and anxiety”, says Mr Feinstein, who admits that it’s always in the back of his mind. 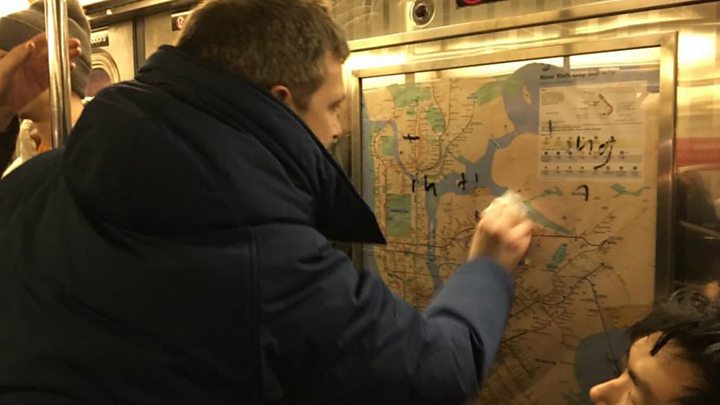 On Jewish parenting websites and on social media, bloggers and columnists discuss how to respond to the threats. Some argue that parents should put their fears aside, while others feel more afraid.

“There was no bomb, and the children were never in any danger. But I still feel terrorized. I still feel vulnerable,” wrote blogger Melissa Cohen.

Paul Goldenberg, director of Secure Community Network, which advises Jewish groups and institutions on security, says this is part of a “much bigger picture.”

In addition to the telephone calls, Mr Goldenberg says there has been an increase in intimidation and harassment – with 170 incidents classed as anti-Semitic crimes being reported since the beginning of the year.

More than 170 headstones were damaged at a Jewish cemetery in St. Louis Missouri this week and sightings of swastikas and racist graffiti have been reported in a number of states.

“The threats continue because whoever is responsible for these types of crimes really believes they can disrupt our way of life and it’s not working.”

Mr Goldenberg wants to make sure Jewish communities are “prepared” and know how to respond “if people with bad intentions decide to attack.”

In response to the bomb threat, the Bender JCC has decided to step up security measures.

Teachers have started to do a sweep of their classrooms before classes begin, bags are being checked and security staff is ensuring all doors are locked except the front entrance.

So far, says Ms Cohen Rosenfeld, parents and teachers have continued to pretend the pre-schoolers were on a field trip that day, so they haven’t had to explain the situation to the children.

Despite the disruption to JCCs across the US, Mr Feinstein is reluctant to suggest the spate of bomb threats represents an overall rise in anti-Semitism.

“We are just living in just a different era,” he says.

“It’s too easy for people out there are who want to express their hatred and bigotry to do things on a grand scale.”

“I don’t think that the change of the administration has made anti-Semitism worse here in the US. I think maybe it’s a national conversation when it wasn’t before.”

“Anti-Semitism is something that we’ve always just lived with.”