When Christopher Watts, 33, pleaded on the news for his wife and two daughters to return to their home in Frederick, Colo., he knew what the public did not: there would never be a reunion.

On Monday, Mr. Watts was sentenced to five life sentences without the possibility of parole for killing his wife, Shanann, 34, who was 15 weeks pregnant, and his daughters Bella, 4, and Celeste, 3.

“This is perhaps the most inhumane and vicious crime I have handled out of the thousands of cases that I have seen,” Judge Marcelo A. Kopcow said as he handed down the sentences, which also included 48 years for the unlawful termination of Ms. Watts’s pregnancy and 36 years for the disposal of the victims’ bodies.

Michael J. Rourke, the Weld County District Attorney, laid out the gruesome details of the murders.

“The man seated to my right smothered his daughters,” Mr. Rourke said in the courtroom. “Bella fought back for her life,” he added, explaining that her frenulum was lacerated because she bit her tongue multiple times before she died. 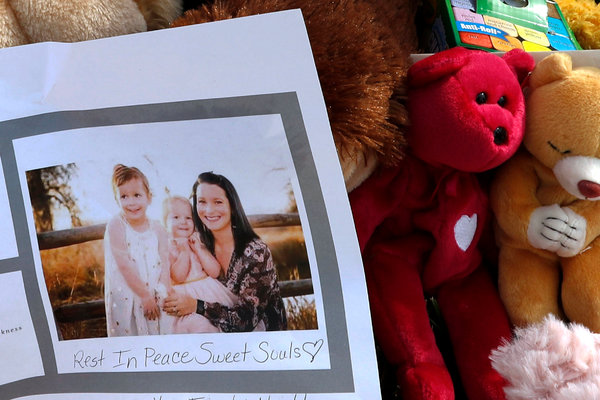 Mr. Rourke said that Mr. Watts squeezed his daughters’ bodies through an 8-inch opening as he hid them in an oil tank.

“A tuft of blonde hair was found in the entrance of the tank,” Mr. Rourke said. One of the girls had scratches on her buttocks from being squeezed into the tank, Mr. Rourke added, as Mr. Watts, seated behind him in an orange jumpsuit, cried.

“I trusted you to take care of them, not kill them, and they also trusted you,” said Ms. Watts’s father, Frank Rzucek Sr. “You disgust me.”

Mr. Watts’s parents were also at the sentencing hearing and were allowed to speak as the paternal grandparents of two of the victims. Their lawyer sought to clarify comments they made earlier this month, when they claimed in an interview that the couple had had an abusive relationship and that Ms. Watts had isolated her husband from his family.

“They were misinformed, they were searching for answers,” their lawyer told the court.

Initially, Mr. Watts had claimed his family had gone missing. He appeared on the news in August begging his wife and daughters to return. “Shanann, Bella, Celeste, if you’re out there, just come back,” he said into a television camera.

After an investigation, the authorities came to believe Mr. Watts was guilty of all three murders. At first, Mr. Watts turned the blame on his wife, claiming he saw her strangle their daughters on a baby monitor and in turn strangled her out of rage.

Mr. Watts eventually admitted to killing his family, dumping his daughters’s bodies in oil tanks on the property of the Anadarko Petroleum Corporation, where he worked, and burying his wife nearby, according to an affidavit.

Mr. Watts pleaded guilty earlier this month, and in exchange prosecutors agreed not to pursue the death penalty.

At the sentencing hearing, the Rzucek family called Mr. Watts a “heartless monster” and said they believed he should spend the rest of his life behind bars.

“I did not want death for you because that is not my right,” said Sandra Rzucek, Ms. Watts’s mother.

“In the end, the Rzucek family was much more merciful toward him than he was toward them,” Mr. Rourke, the prosecutor, said.