Home » Americas » Ahead of Election, Police Prepare For Violence and Disruption

Ahead of Election, Police Prepare For Violence and Disruption

Many law enforcement officials have attempted to inject calm while warning of dire consequences for those who try to disrupt voting. 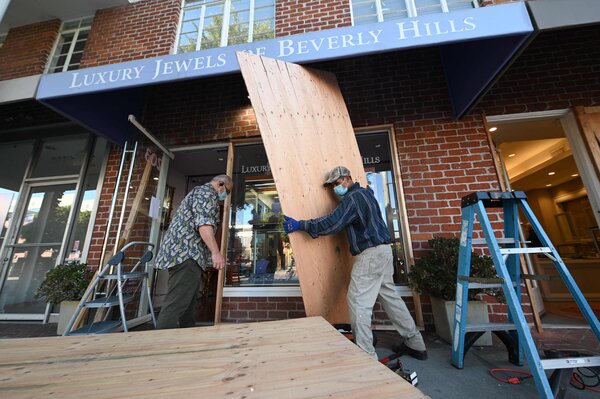 By Neil MacFarquhar and Shaila Dewan

The Las Vegas Police had a quandary. They were on high alert for election-related threats, but when long lines of voters began snaking down streets and around parking lots two weeks ago, they feared that stationing patrol cars outside polling stations might drive people away.

“How do you make people feel safe in that environment without creating an overt police presence — that is a challenge for all police departments,” said Andrew Walsh, deputy chief in the Homeland Security division of the Las Vegas Metropolitan Police Department. They decided that frequent but random patrols to look for potential trouble was the better choice.

Striking that balance is at the root of many of the challenges facing law enforcement agencies nationwide as they prepare for an election rife with uncertainties. The largest departments have run practice drills on scenarios including violent clashes between Biden and Trump supporters, the sudden appearance of an armed paramilitary group, a cyberattack or a bomb.

“This is such a polarized environment and a lot of people are angry,” said John D. Cohen, a former Homeland Security counterterrorism coordinator with 34 years experience in law enforcement. “I have never seen a threat environment as dynamic, complex and dangerous as the one we are in right now.”

Police in Las Vegas — like their counterparts in New York, Detroit, Chicago, Houston, Los Angeles and in other cities all across the country — are grappling with deploying significantly more officers to counteract any disturbances without scaring voters away.

So far, cities have stayed mostly quiet. And law enforcement officials like John Miller, the Deputy Commissioner of Intelligence and Counterterrorism for the New York Police Department, have stressed that no “parade of terribles” has materialized so far.

As Election Day nears, many senior law enforcement and other officials have attempted to inject calm while simultaneously warning of dire consequences for those who would disrupt voting.

The attorney general in Ohio, Dave Yost, a Republican, warned that nobody would be allowed to break the law by blocking people from voting. “Hands off the polling places, hands off the vote,” he said in a video statement. 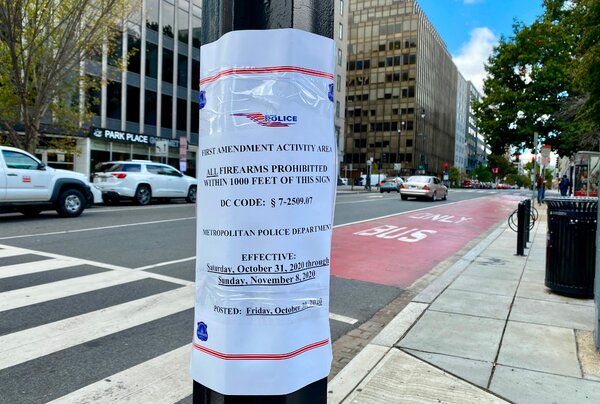 At the same time, many jurisdictions have sought to educate both the public and law enforcement of what is permissible at the polls. Larry Krasner, the Democratic district attorney in Philadelphia, issued a six-page memo on the law to the police, noting for example that anyone can face five years in jail for a misdemeanor if they “unlawfully strike, wound or commit an assault and battery upon the person of any elector” in or near a polling place.

His office will deploy a task force of 80 prosecutors and country detectives on Election Day, up from 60 for previous presidential races. Mr. Krasner warned that anyone “dressed up as G.I. Joe” and trying to intimidate voters would face trial in Philadelphia.

Trump, in video from White House, delivers a 46-minute diatribe on the 'rigged' election