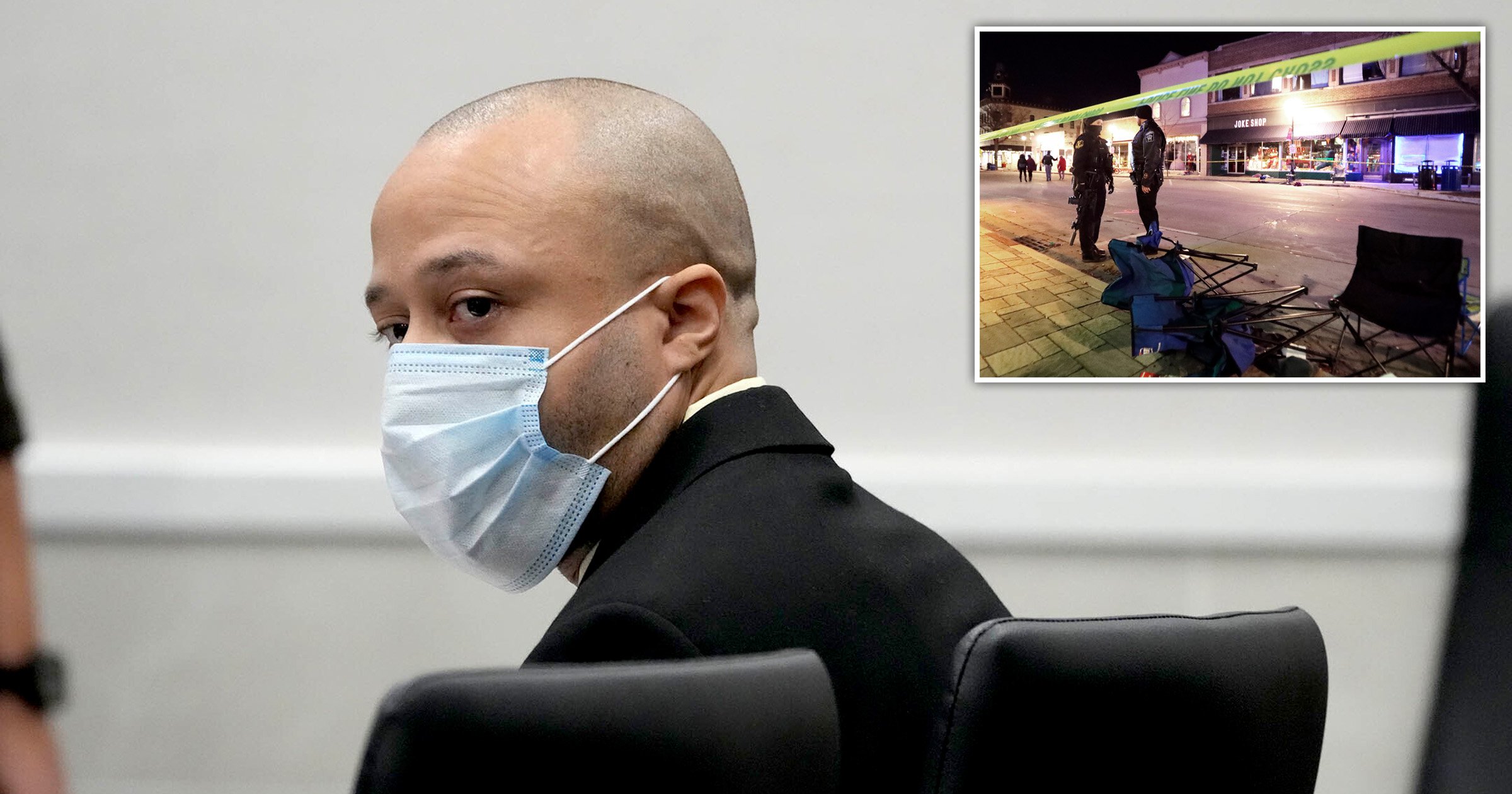 The man accused of driving into a crowded Christmas parade last year, killing six and injuring more than 60, was kicked out of court just seven minutes after his trial began.

Darrell Brooks is facing charges of first-degree murder and over 60 counts of reckless endangerment from the attack that took place in an affluent Milwaukee, Wisconsin suburb in November 2021.

Brooks’ trial began with jury selection on Monday. Seven minutes into the proceedings, Judge Jennifer Dorow warned him that if he continued to interrupt he would have to watch the trial from a holding cell outside the courtroom.

Brooks also asked Dorow for her name four times over the course of Monday’s proceedings, as well as a ‘certified copy of her oath.’

The defendant, who is representing himself, claimed that he is a ‘sovereign citizen’ and refused to answer many of Judge Dorow’s questions.

He also demanded prosecutors provide ‘verified proof’ that he is a citizen of the United States.

Judge Dorow removed Brooks from the courtroom around 11am.

Brooks originally pleaded not guilty due to insanity, but withdrew the plea on September 9.

Last week, Brooks shocked prosecutors and Judge Dorow after he moved to fire his defense attorneys because he wanted to represent himself.

Brooks is facing a total of 77 charges for the incident last November. He is facing a mandatory life sentence for each of his six murder charges.

Prosecutors are arguing that Brooks drove into the parade route after getting into an argument with his girlfriend, who got out of the car before the attack.

The youngest victim of the attack was 8-year-old Jackson Sparks, who was marching with his baseball team in the parade. Four more victims were members of a seniors’ dance troupe called the Dancing Grannies.