Home » Americas » A man in Maryland has been arrested and accused of threatening to kidnap and kill Biden and Harris.

A man in Maryland has been arrested and accused of threatening to kidnap and kill Biden and Harris.

A man in Maryland has been arrested on charges that he threatened to kidnap and kill Joseph R. Biden Jr., the Democratic presidential nominee, and his running mate, Senator Kamala Harris, law enforcement officials said on Wednesday.

A criminal complaint filed by the Secret Service on Wednesday did not describe any steps taken by the man, identified as James Dale Reed, to carry out the alleged threat. It said that on Oct. 4, Mr. Reed approached a house in his hometown, Frederick, Md., northwest of Washington, that had Biden-Harris campaign signs in the yard and left a handwritten note that contained graphic threats against the candidates and their supporters.

The resident’s video doorbell had captured an image of the man who left the note, the complaint said.

“We are the ones with these scary guns, we are the ones your children have nightmares about,” the note read in part. Mr. Reed, 42, was arrested last Friday and is being held without bond in Frederick County, Md., according to court records.

He provided a palm print and handwriting sample and acknowledged having written the letter, according to the complaint. He is charged with threatening mass violence and voter intimidation.

The complaint said that Mr. Reed was known to law enforcement for making a complaint against a person under Secret Service protection in 2014.

Death threats against the United States president and presidential candidates are not uncommon in election years. In another high-profile threat this month, several men were charged with hatching a detailed plan to kidnap Gov. Gretchen Whitmer of Michigan, a Democrat who has become a focal point of anti-government groups and anger over coronavirus control measures. 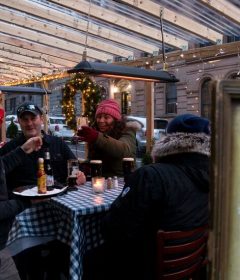 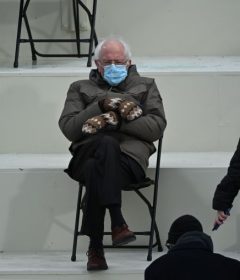 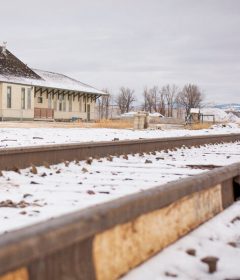