Is China burdening Africa with debt? 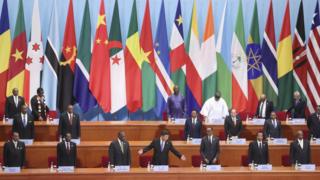 “Almost 40% of sub-Saharan African countries are in danger of slipping into a major debt crisis” according to the Overseas Development Institute, ahead of a major conference on debt being held in London this week.

And the relationship between African nations and China is often seen as a significant part of the problem.

Its critics say that major infrastructure projects carried out by Chinese companies in Africa are too expensive, and burden the host countries with enormous debts they can’t hope to repay.

The Chinese government is adamant that its economic relationships with African countries are mutually beneficial and rejects suggestions that it is using debt to expand global influence.

So is China really responsible for Africa’s growing debt burden?

The International Monetary Fund (IMF) has recently warned that Africa is heading towards a new debt crisis, with the number of countries at high risk doubling over the past five years.

The total amount of external debt for the continent is estimated at $417 billion.

Around 20% of African government external debt is owed to China, says the Jubilee Debt Campaign, a charity which campaigns for the cancellation of poor countries’ debt.

This makes China the largest single creditor nation, with combined state and commercial loans estimated to have been $132 billion between 2006 and 2017.

A further 35% of African debt is held by multilateral institutions such as the World Bank, with 32% owed to private lenders.

There’s one important caveat: this data is hard to verify. “China is not a member of the OECD (Organisation for Economic Cooperation and Development) and they do not participate in the OECD’s Creditor Reporting System,” said Christina Wolf, an economics expert at Kingston University. But China has pledged to invest $60bn in Africa by the end of this year. 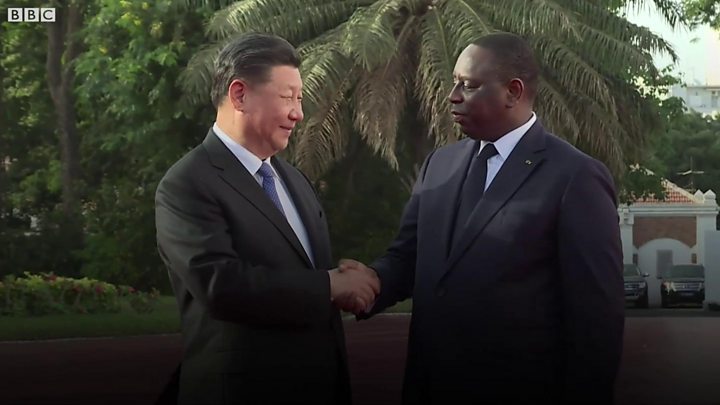 Countries in deepest debt to China

Most of China’s loans to Africa go into infrastructure projects such as roads, railways and ports.

It says three of these – Djibouti, Republic of Congo and Zambia – remain most at risk of debt distress derived from these Chinese loans.

For Djibouti, 77% of its debt is from Chinese lenders. Figures for the Republic of Congo are unclear, but CARI estimates debts to China to be in the region of $7bn.

Should Africa be wary of Chinese debt?

Compared to institutions such as the IMF, World Bank and Paris Club (a group of 22 creditor nations not including China,) loans from China are seen by some as much quicker, cheaper, and come with fewer strings attached.

The United States in particular has been highly critical of China’s approach.

Earlier this year, ahead of a visit to Africa, the then US Secretary of State, Rex Tillerson, said China’s lending policy to Africa “encouraged dependency, utilised corrupt deals and endangered its natural resources”.

China’s response was forthright. Its ambassador in South Africa, Lin Songtian, said China was proud of its influence in Africa and that Mr Tillerson’s comments were part of a smear campaign by the United States.

“China is just like any other lender,” says Gyude Moore, a former Liberian Government official, and “China’s strategic interest is in African countries paying back debts.”

There are many examples of China supporting programmes to help with debt repayments, says Mr Moore, who’s currently a visiting fellow at the Centre for Global Development.

And ultimately, it is up to African nations themselves to accept or reject Chinese loans.

But a severe lack of infrastructure, and the desperate need for modern transport links in many of the poorest countries, make China’s ready offer of substantial loans for such projects often difficult to turn down.

And what’s clear is that Africa’s debt problem is far wider than its relationship with China.

However, China’s increasing involvement with the continent and its commitment to providing loans for large-scale projects, mean that any solution to Africa’s debt problems must address its relationship both with Beijing and with private Chinese companies operating on the continent.