Home » Africa » A Diamond Rush in South Africa, Born of Desperation and Distrust

KWAHLATHI, South Africa — Sbusiso Molefe stretched the pickax high above his head and hacked into the clumpy black dirt around his feet. He took a few more vigorous whacks into the edges of the shallow crater he had dug at the bottom of a hillside, before scooping up a handful of loose dirt and shaking it in search of the sparkle of a gem.

The rumor that a herdsman had found clear stones resembling diamonds in the soil of a grassy, tree-filled slope last month lured thousands of South Africans to KwaHlathi, a sleepy village in the eastern province of KwaZulu-Natal where cattle roam freely.

Coming by taxi and by car, many from hours away, they dreamed of a turn of luck in a nation whose persistent struggles with joblessness have reached new heights amid the pandemic.

No one who came seemed the least deterred by the widespread skepticism that the stones were really diamonds.

Two days of strenuous digging had yielded four stones for Mr. Molefe, 41, who conceded that he had no clue whether they were actually diamonds.

“I’m feeling desperate,” he said. “We are just hoping. If they are real diamonds, it means we are winning.”

The diamond rush has completely transformed KwaHlathi, where the chief estimates that about 4,000 families reside.

Cattle once grazed on the digging field, which sits on traditional land owned by the chief and was until recently covered with Sweet thorn trees and grass. Now, it looks like a bare, cratered moon — a treacherous terrain of holes, many of them the size of graves.

The chief said he was none too happy about what the diggers were doing to the land, but he understood their plight and did not intervene.

Mr. Molefe came here after reading on social media that diamonds had been discovered in the field, less than an hour from his rural home village. It sounded too good to be true, but he had to check it out.

He had been without a job since October when the textile factory where he worked as a supervisor burned down. With his job search hitting dead ends, he has been subsisting on social grants totaling less than 1,100 rand ($77) a month, a quarter of what he had earned at the factory. Staples like beef, milk and butter were luxuries he could no longer afford.

“As the man of the house, it makes me feel less than,” he said of the difficulty of providing for his three children.

Unemployment in South Africa is at 32.6 percent, the highest level recorded since the government began producing quarterly labor force reports in 2008. Among young people, the situation is even more dire: About three of every four South African youths are without a job.

Those statistics translate into all manner of odd jobs — and risky ones, like venturing into abandoned mines, that have proved deadly. They also help explain the long-shot appeal of KwaHlathi and its purported diamonds. 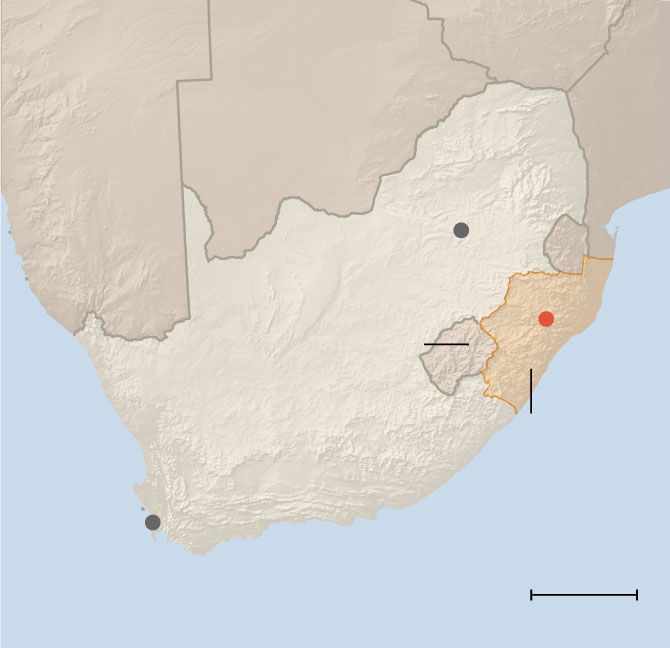 A satellite village of sorts sprouted here. Many diamond seekers wrapped themselves in blankets and slept in the holes they dug. Vendors sold biscuits, sweet corn kernels and kota — a South African street food of white bread, fries and bologna. Music blasted from cars while some people cracked jokes and sipped beer. And there was no shortage of merchants looking to cash in on their newly extracted finds, which they insisted were precious stones.

“I’m selling,” others said quietly, offering stones for 100 rand ($7) to more than 600 rand, the prices revealing both their own doubts and their desperation.

While it was economic hardship that brought many here, the scene still felt like one big carnival, an escape from the hopelessness of a dour job market. People huddled to examine stones and celebrate their finds.

“It’s given them the freedom not to stress about something,” said Tshepang Molefi, 38, surveying the activity in the field around her one evening as she took a break from digging. She had arrived the previous night after an almost five-hour taxi journey from Johannesburg and dug through the night.

“For people to be this happy, it’s rare,” she added. “Maybe if it’s Christmas.”

Just days after the rush began, officials visited the site and took samples for testing.

Government leaders asked people to stop digging and leave, citing concerns about the coronavirus, with South Africa reeling from a third wave of infections. They also said the informal digging was bad for the environment, destroying vital grazing land.

Despite the warnings, people kept coming.

Many snickered at the pleas of government officials, jaded by a history of corruption and colonialism that has seen foreign entities extract lucrative mineral resources from communities, with only a handful of elites in the country benefiting.

Mr. Khazi lost his job of 26 years at a transportation company in December because of the pandemic. His job prospects are bleak, he said, because no one wants to hire someone his age.

A boy approached Mr. Khazi and his friend, Thiza Mhayise, with two stones to sell — one for 80 rand and the other for 100. Mr. Mhayise rolled the stones between his fingers and held them up in the fading sunlight.

“This is changing colors,” Mr. Mhayise said. “It doesn’t look like one.”

Liau Masekotole, a shepherd, said he had first found clear stones in the field a year ago and quietly stashed them to take to his family in Lesotho. The only other person who knew was a fellow herdsman, he said.

Their secret leaked the first weekend in June when the other herdsman, Happy Mthabela, showed some of the stones to guests at a wedding. Within a week, amateur miners had flooded the field.

Occupancy at the town’s only hotel, the James Ilenge Lodge, increased to about 80 percent from 30 percent — mostly with journalists, but also some diamond seekers, according to Excellent Madlala, the owner.

Mr. Madlala recalled being puzzled on a Thursday in early June when barely any of his employees showed up for work. The next day, his security guard apologized for skipping work, showed him a stone and told him that diamonds had been discovered nearby.

Mr. Madlala responded to his employee’s truancy as many bosses would: He got a shovel and went to dig. He came away with about 20 small stones.

Government officials threw a damper on the enterprise about a week after the rush began: Tests, they said, showed that the stones were quartz crystals, not diamonds.

The digging at KwaHlathi ended this past week after officials got those who remained to leave. But the prospectors aren’t giving up so easily — some are now digging in fields in nearby communities. And some still aren’t sold on the government’s announcement.

“I don’t believe the government,” Mr. Khazi said when reached by phone after the announcement. “They’re spreading fake news that this is not a diamond, because they don’t want people to go and dig the diamonds there.”

That sentiment did not surprise Ravi Pillay, an executive in the provincial government in charge of economic development.

“It’s not an unreasonable concern given how things have happened in the past,” he said.

A geological study is underway to determine the commercial value of the quartz, Mr. Pillay said, and officials would seek to make sure the community benefits if there are profits to be made.

Ms. Molefi, who had made the trip to KwaHlathi from Johannesburg, said she would consult gemologists on her own to find out whether the stones she unearthed were indeed diamonds.

She has not been able to work since March of last year after her job at the Johannesburg airport was cut because of the pandemic. She lives in a shack in an informal settlement south of the city and has had to put on hold her dream of building a house for her and her 7-year-old daughter.

“If you don’t go and check,” she said, “you’ll only have your regrets.” 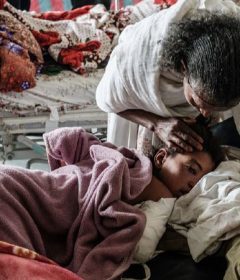 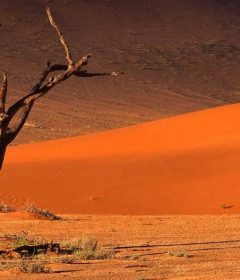 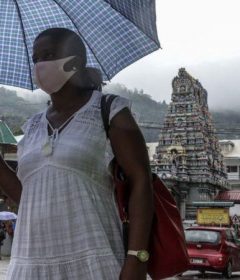 Seychelles Can't Rely on Tourism Only