Young victim of Syrian airstrike in London for spinal surgery

Najib Ali is now 14. His family’s home near Homs was hit in an air strike, an attack which changed their lives and left Najib in a wheelchair.

They made it to Greece but were unable to secure the treatment Najib needs. He still has shrapnel in his spine which is collapsing, and his kidneys are failing, but above all his mother said she pushed her son’s wheelchair from Syria in the hope her son would find doctors who could help Najib walk again.

In an era where migration is such a political hot potato the family have had to prove they won’t be a burden on the NHS in order to be allowed to come to Britain.

Najib is being treated at the world-famous Great Ormond Street hospital (GOSH) in London and he is being sponsored by the UK charity Goodwill Caravan.

Its founder Hanan Ashegh said: “There are many children in Greece that we’re trying to help but we’ve focused one of our appeals on Najib because his condition is so time sensitive.

“His medical treatment in Britain is fully funded by crowd funding. This is not being done on the NHS which is one of the reasons why it’s taken so long.” 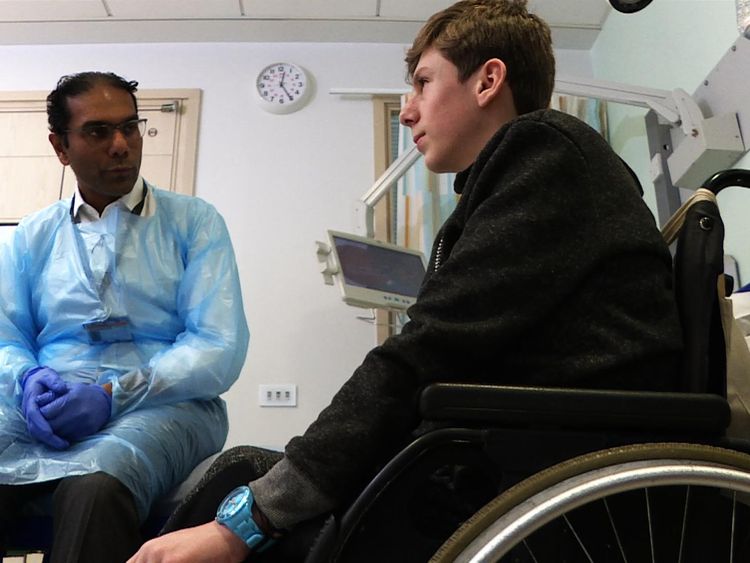 We met up with Najib and his mother Faten Sh’houd as they attended a pre-operative consultation with Ramesh Nadarajah, a consultant spinal orthopaedic surgeon at GOSH, who will be carrying out spinal reconstructive surgery.

Mr Nadarajah sat with Najib and his mother explaining what will happen during an operation which will last around four to six hours.

He said: “Najib is a very young man. He’s got many years ahead of him and what we need to do is make sure his seating is good in the wheelchair.

“What I intend to do is straighten out his spine as much as I can and level his pelvis. I will put screws into the bony part of his spine and interconnect it with two long rods and that straightens out the spine quite a lot.” 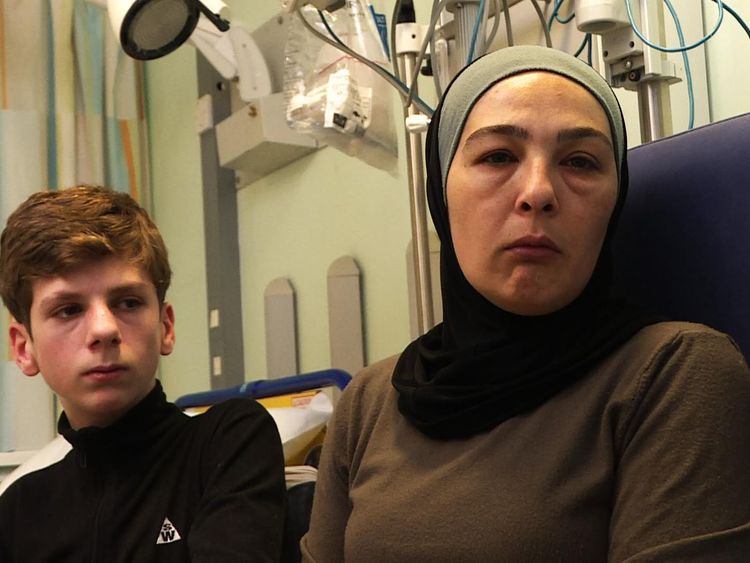 The words are bittersweet for Najib’s mother. She is beyond relieved at finally getting the help her son needs. But after suffering such catastrophic injuries in the air strike she knows there is no magic wand to make her son walk again.

Najib’s mother fights back tears as the consultant gently tells her: “I can’t get him to walk again but I can take away a lot of the pain from his back.”

Najib fights back tears too as he says: “I’m worried. I’m scared that something might happen to me and I might die and I won’t be able to see my brothers and sister again.”