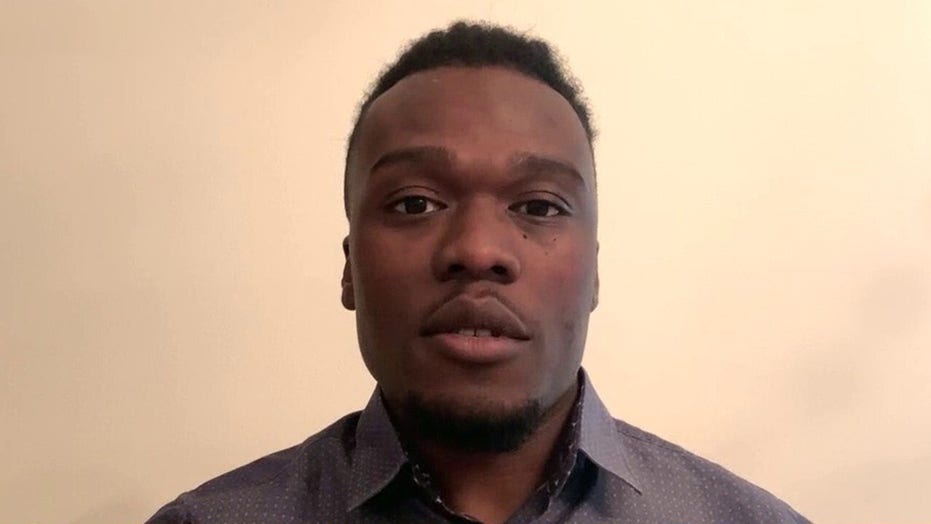 Wauwatosa, Wis. Police Officer Joseph Mensah, who is currently suspended amid review of the shooting death of a 17-year-old, tells his story on ‘Fox &amp; Friends.’

A Black Wisconsin police officer said on Wednesday that he “100 percent” believes that he “was shot at” after a group of protesters gathered outside his girlfriend’s house, while a Democratic state representative, who was reportedly at the protest, challenges that claim.

Wauwatosa Police Officer Joseph Mensah told “Fox & Friends” that he was at his girlfriend’s house on Saturday, helping her move, when protesters jumped on the U-Haul truck he had parked behind the home and were “breaking windows.”

Police said a group of about 50 to 60 people gathered outside the private residence in Wauwatosa, about 7 miles west of Milwaukee, and began vandalizing the home.

Mensah wrote in a statement on Facebook on Sunday that the shotgun round “missed me by inches.”

“Not once did I ever swing back or reciprocate any hate that was being directed at me,” he said. “I am all for peaceful protests, even against me, but this was anything beyond peaceful. They threw toilet paper in her trees, broke her windows, and again, shot at both of us as they were trying to kill me.”

Mensah said there were children inside the home. 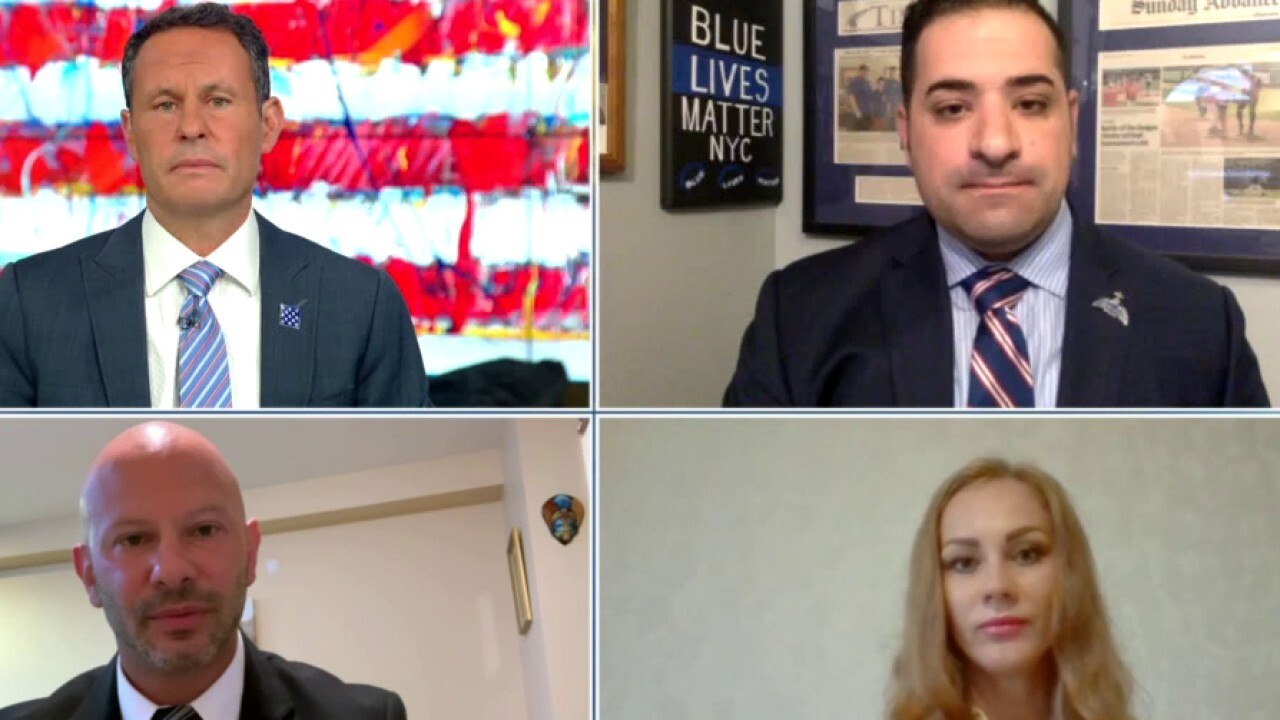 Wauwatosa Police received assistance from neighboring departments in breaking up the crowd and an investigation is ongoing.

According to Fox 6, Mensah has been involved in the shooting deaths of three people while in the line of duty. Two of the shootings, one in 2015 and another in 2016, were ruled justified. But Mensah was suspended last month for the shooting death of 17-year-old Alvin Cole in February, according to the television station, which added that the case is still under review by the Milwaukee County District Attorney's Office.

On Wednesday Mensah told “Fox & Friends” that the protests at his girlfriend’s home “had been going on over the last few weeks.”

Wauwatosa's mayor Dennis McBride released a statement acknowledging that various groups have protested in recent weeks demanding that Mensah be fired over the shooting.

McBride has asked the city’s police chief and the city administrator to “transition” Mensah from WPD employment. During an interview on “The Dan O’Donnell Show” late last month, Mensah said he had fired his weapon in self-defense, and that he believes he was suspended to appease protesters.

Democratic State Rep. David Bowen has said that Mensah fabricated elements of violence outside his girlfriend’s home on Saturday, according to the Milwaukee Journal Sentinel.

In a statement posted on Twitter Bowen said he believes Mensah “can not [sic] be trusted to tell the truth” and called the account of how the gun was fired “the biggest lie.” Bowen claims that Mensah “chose to engage with a protester” and pulled the trigger on that person’s gun. 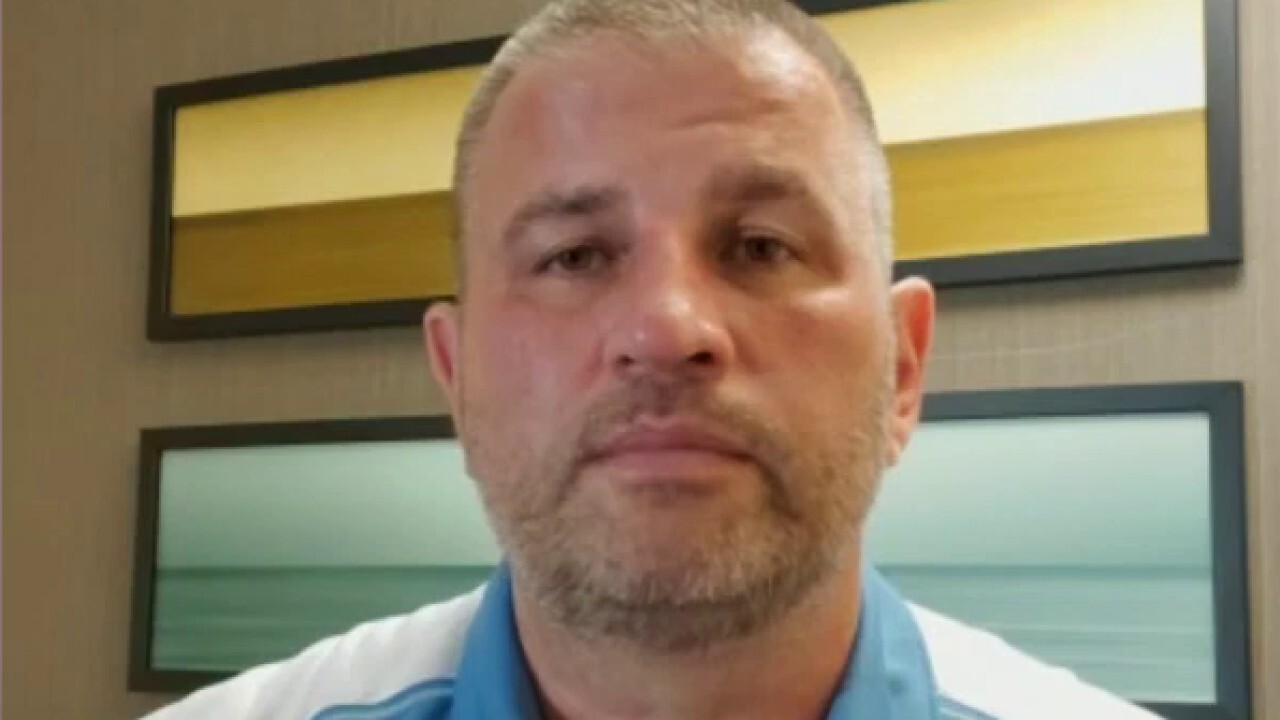 Host Brian Kilmeade asked Mensah if the situation he is currently in makes him question his decision to get into law enforcement.

“Not at all,” Mensah said in response. “I knew exactly what I signed up for.”

“We sign up for this to protect people, to serve people. Unfortunately, my city has not allowed me to do that,” he continued.