The Victorian construction industry is hoping to deliver tens of thousands of Pfizer doses on building sites throughout the city in the attempt to insulate the sector from further shutdowns.

As the halt on construction in NSW enters its second week, leaders of Victoria’s third largest industry are in talks with the federal and state government to inoculate 40,000 workers by Christmas, or months earlier if adequate resources are directed to the task. 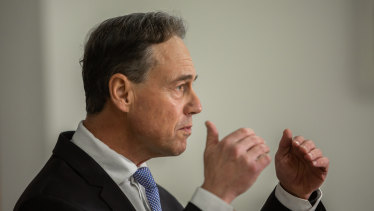 “It’s protection against site shutdowns if we get mass vaccination at worksites … This would essentially future-proof the industry,” said Erik Locke, chief executive of Incolink, an industry redundancy fund that provides welfare services for Victorian construction employees.

A spokesman for Health Minister Greg Hunt said the plan was an “example of the type of potential work-site vaccination programs that could support targeting particular workers to ensure the highest possible vaccination rate”.

Both Incolink and the Master Builders believe in-reach testing will significantly increase the proportion of workers who get inoculated because many work six-day weeks and would prefer to be vaccinated at work.

The Victorian industry put aside deep-seated industrial rivalries early in the pandemic to develop strict COVID-19 protocols which were credited with keeping the industry open through the state’s second wave. Incolink, which is closely aligned with the CFMEU and other building unions, collaborated with employer groups like the Master Builders’ Association of Victoria on the task.

Mr Locke said the sector’s current plan, backed by the Master Builders, would cost $3 million and would be modelled on the industry’s COVID-19 testing operation, in which a roving Incolink bus facilitated almost 25,000 on-site tests.

“The vast majority of these workers can’t work from home, and even if the recent vaccination rollout rate continues, many of them may not be vaccinated until next year,” he said.

“We urge the state and federal governments to work with us urgently to vaccinate these essential workers and safeguard the economy.” 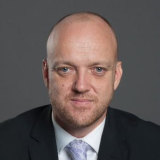 New research from The Insight Centre shows Victorian construction workers missed out on $24.3 million in wages and $195 million worth of work was lost per day during a four-day construction industry shutdown during the state’s February lockdown.

Incolink is in talks with the Victorian government to vaccinate workers on major state projects, as a second person linked to the Westgate Tunnel project tested positive on Sunday.

Amid the construction closure in NSW, the Victorian sector is hoping to receive prompt approval from the federal government to receive vaccines and, through a private clinical firm, get them into workers’ arms.

Incolink, which is present on worksites and covers a large swathe of the workforce, already provides healthcare such as flu vaccination and prostate checks for workers.

Rebecca Casson, chief executive of Master Builders Victoria, said many workers felt a closer association to the sector’s employer groups and union than they would with governments, and would respond better to messaging from the groups they trusted more. 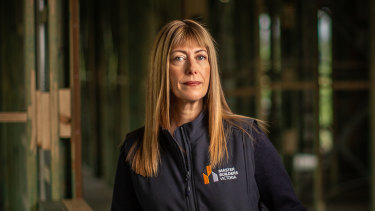 The federal government has established a team dedicated to analysing the industries where vaccines could be delivered at workplaces. ABS data from June shows 9.2 per cent of Victorians would prefer to receive the jab at work, compared with about five per cent in NSW and Queensland.

Under one program, temperature gauges are attached to the hard hats of construction workers so workers’ temperatures can be monitored.

“Right at the beginning, I reached out to [CFMEU construction secretary John] Setka and said we need to work together to make sure that we can keep our industry safe and open,” Ms Casson said, noting the historical relationship between the two groups was troubled and characterised by ongoing disputes.

“We in Victoria were the trailblazers in this space … [and] other states perhaps have not seen too much of an issue because it hasn’t affected them, whereas it was always at the front of our mind.”

Ms Casson said she did not want construction sector workers, mostly aged between 18-40 and unlikely to be eligible for the Pfizer jab until October to jump the queue. But, she argued, there would be merit in immediately vaccinating builders on projects that needed to be delivered quickly for the purposes of managing the pandemic, including the open-air quarantine hub at Mickleham which will be built by Multiplex.