Wellington: Most defendants charged following an investigation into a volcanic eruption in New Zealand that killed 22 people have told a court they are not ready to enter pleas.

The surprise eruption on White Island, also known by its Maori name of Whakaari, on December 9, 2019 also injured dozens of people critically.

The majority of them were tourists from Australia, Germany, China, Britain, the United States and Malaysia who were part of on a cruise around New Zealand. New Zealand also lost citizens. There were 47 people on the island when the volcano erupted. 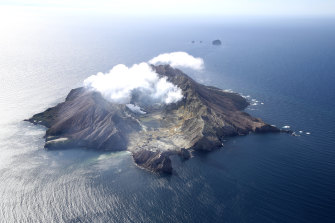 Whakaari (White Island) volcano erupted while 47 people were on the island – including several tour groups and their guides. Credit:Getty Images

The country’s workspace regulator, WorkSafe, filed charges against 13 parties in November last year for not meeting health and safety obligations with taking tourists to the island.

The defendants were meant to enter their pleas on Thursday but they told the Whakatāne District Court they had not had enough time to go through all the evidence provided so far, Radio New Zealand reported.

WorkSafe had a year to consider the issues and expert evidence before deciding to lay charges, he said, whereas the defendants only had a few months.

It was “an uneven playing field, to an extent”, Raymond said, according to the report.

WorkSafe prosecutor Kristy McDonald, however, said it was “surprising to the prosecution that the defendants continue to delay affirming their positions”.

“Our position is that the pleas should be entered now,” she said.

“There is significant public interest in this matter, and that victim interest must be in the matter progressing.”

Only the National Emergency Management Agency, one of the agencies charged, entered a not guilty plea.

The judge set the next hearing for September 13 at Whakatāne District Court.