Ukrainian president Volodymyr Zelenskiy has warned the “response will be strong” after one of his top aides survived an assassination attempt.

At least 10 bullets struck Serhiy Shefir’s car, the top aide and close personal friend of Mr Zelenskiy, outside of Kiev on Wednesday.

The driver of his black Audi was badly wounded and taken to hospital, but Mr Shefir escaped uninjured.

It is not known who carried out the shooting and the gunman is still at large. Mr Zelenskiy issued a warning to the attacker from New York, where he is taking part in the UN General Assembly.

He said he did not know who was responsible for the attack, but pledged “a strong response”.

“These could be internal or external forces. But I don’t consider them to be strong because sending me a ‘hello’ by firing from a forest into the automobile of my friend is weakness,” he said.

“This [attack] will not affect the strength of our team.

“This does not affect the path toward change that I have chosen with my team, for taking our economy out of the shadows, for the fight against criminal elements with large, influential financial groups – on the contrary, because the people of Ukraine gave us a mandate for change.” Mr Shefir praised his driver for acting “heroically” by accelerating away from the gunman as the “shots rang out”.

He added: “We had to speed up a little, it was scary.”

Mr Shefir also said he believed he had been targeted in an attempt to intimidate the “highest echelon of power”, but added this would not work.

He said: “One has to understand that our president [Zelenskiy] is very strong-willed, he has a spine and cannot be intimidated.”

The Kremlin has denied any Russian involvement.

Kremlin spokesman Dmitry Peskov added any suggestion of a link with Russia showed “the signs of an excessively excited emotional state”.

He said: “Unfortunately nowadays, whatever happens in Ukraine, none of the current politicians is able to rule out the Russian trace.” 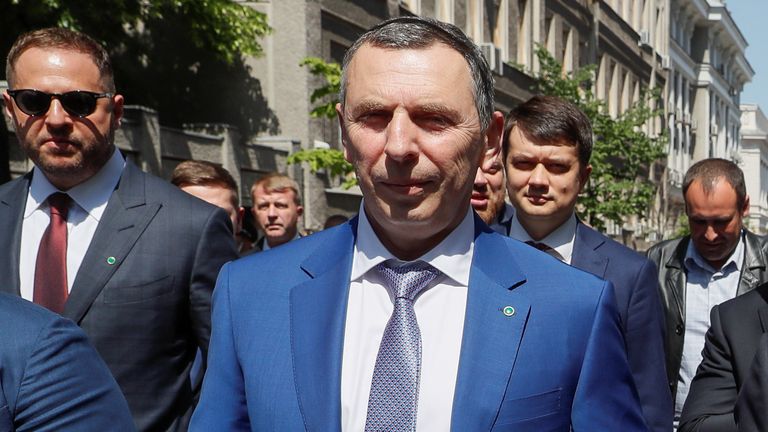 Ukraine has seen a huge rise in violence since its conflict with Russia began in 2014 when the Crimean peninsula was annexed.

Several military and political officers have been targeted in assassination attempts since then, with seven deaths taking place between 2016 and 2017 alone in the Ukrainian capital Kiev.

The attack came just days before Ukrainian politicians were set to debate Mr Zelenskiy’s bill on cracking down on the country’s powerful oligarchs, who dominate the economic and political landscape.

On Thursday, a day after the shooting, Ukraine’s parliament passed a law which bans oligarchs from financing political parties or taking part in privatisations.

It must now be approved by the president to come into force. 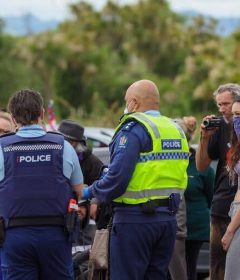