The powerful storm will plough into the UK just after the weekend, catapulted in on a super-charged 150mph jet stream. It will collide with a Polar cold front putting Scotland and the north on alert for heavy snowfall while elsewhere hunkers down for severe gales and torrential downpours. The UK faces at least another week of volatile weather with storms threatening havoc through the rest of the month.

The Met Office said they are keeping a close eye on one system set to bear down on Britain on Monday and warn to expect possible ‘disruptive weather’.

Meteorologist Mark Wilson said: “A band of rain will push across the country on Sunday although cold Polar maritime air will enter the country behind a cold front later in the day.

“Showers could start to turn wintry mainly over high ground, and these could be significant, there is likely to be snow to lower levels.”

Temperatures will plunge to -3C (26.6F) in parts of the country on Sunday night with next week shaping up to bring more volatile weather, he said.

He added: “There is a lot of uncertainty after Sunday, but it looks like a low coming in off the Atlantic will bring some strong winds and the risk of coastal gales. 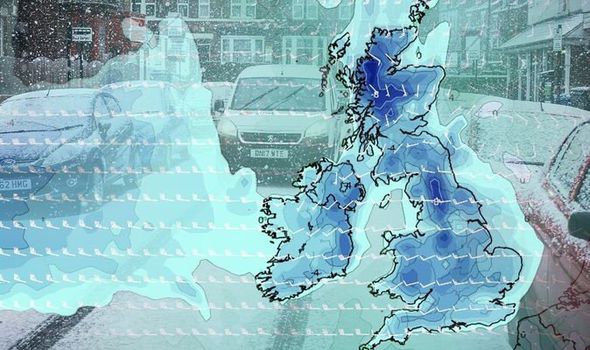 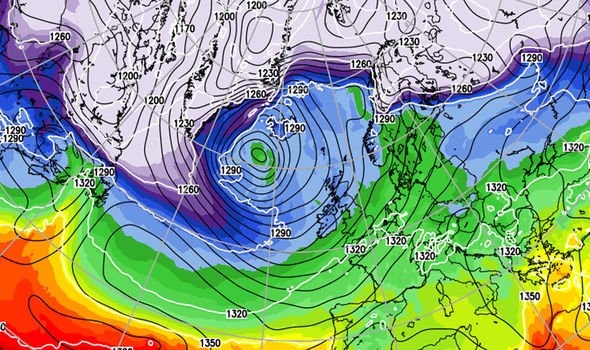 “However, there is a chance we could see much more developed feature that will bring the risk of severe gales and wintry conditions to the north of the country.

“This would bring some significant snow to the hills and the risk of wintry showers to low ground.

“While there is low confidence at this stage, there is a possibility of disruptive weather.

“It is generally looking unsettled from Monday and we will flip-flop from cold to milder conditions through the week.

“It will often be quite wet and windy, unsettled weather will be driven by the jet stream which is strengthening and driving low pressure towards the UK.” 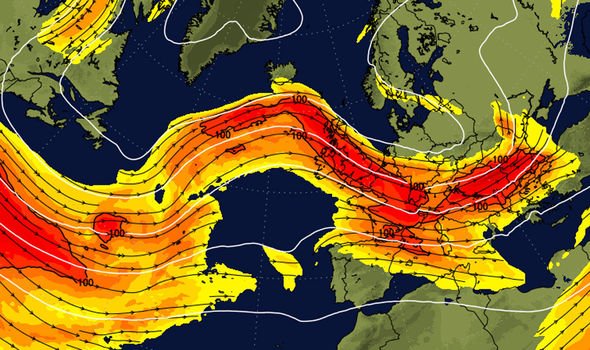 Weather models show swathes of Britain at risk of snowfall from Monday with no real let up until the first week of February.

Up to a foot of snow is expected to smother parts of Scotland over the coming days with four inches possible to lower levels, according to The Weather Company.

Senior meteorologist Claire Kennedy-Edwards said: “After a calm week, the weather is set to become much more unsettled as a strong jet stream steers a series of low-pressure cells across northwest Europe.

“It looks like it will be a very wet and windy start to the week over southern regions of the UK especially. 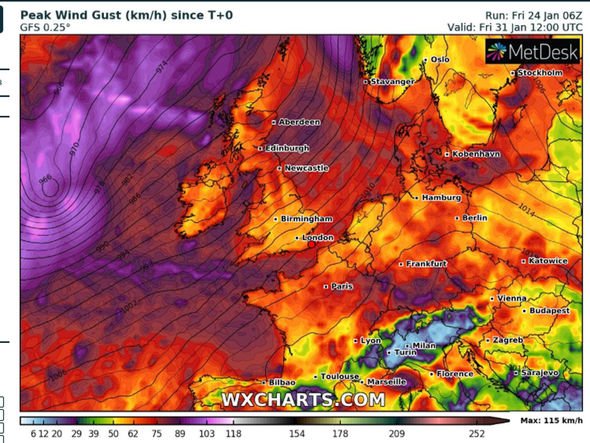 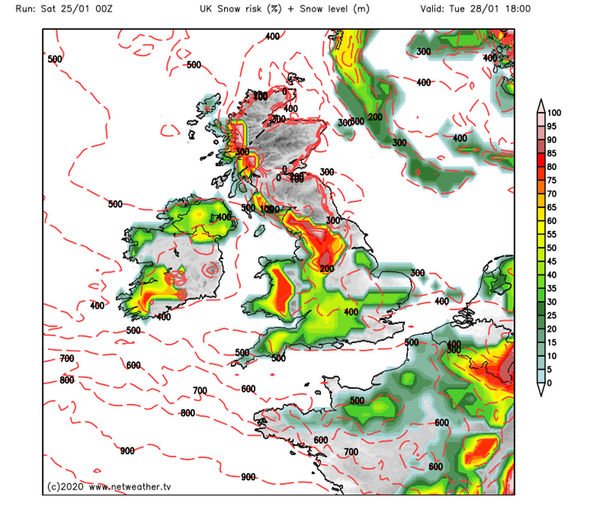 “The weather will turn much colder Monday night and Tuesday with snow forecast over the hills in the north and west.

This could be the start of a long spell of cold weather which could bring snow to southern regions, according to long-range experts.

Exacta Weather forecaster James Madden said: “As we reach the last week of January there are signs of a colder, snowier theme taking hold across the country as we go into a more northeast, easterly flow.

“This is likely to bring the coldest and most prolonged winter temperatures so far this season.

“The cold conditions will bring a risk of multiple, widespread snowstorms which could affect southern parts of the country as well as further north.” 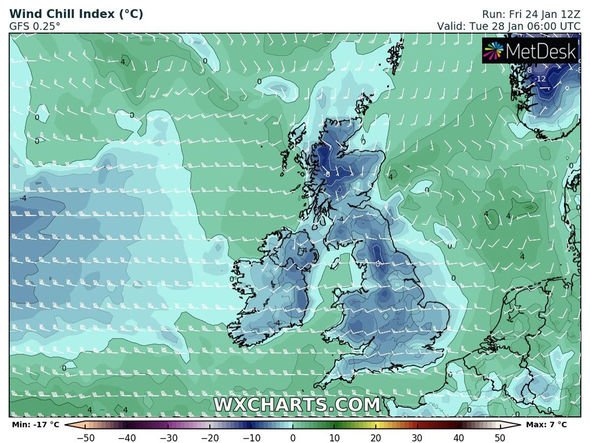 John Hammond, meteorologist for Weathertrending, added: “A block of intensely cold air will build to our northeast and will serve to deflect the jet stream south-eastwards through the country.

“This will drive pulses of frontal rain along its track.

“On one side of this boundary, there’s an enhanced chance of snow, while on the other side, milder air will dominate.

“[Next] week may bring the first snow of winter to some northern and eastern areas.”

Ladbrokes this morning slashed the odds from 11-10 to 4-6 on this winter turning into the coldest ever despite the mild run so far.

Spokesman Alex Apati of Ladbrokes said: “The odds are tumbling as fast as the temperatures on this going down as the coldest winter ever.”