SINGAPORE (Reuters) – U.S. President Donald Trump didn’t make it to this week’s summit of Asian nations in Singapore, but his influence was still keenly felt among the leaders who gathered in the city. 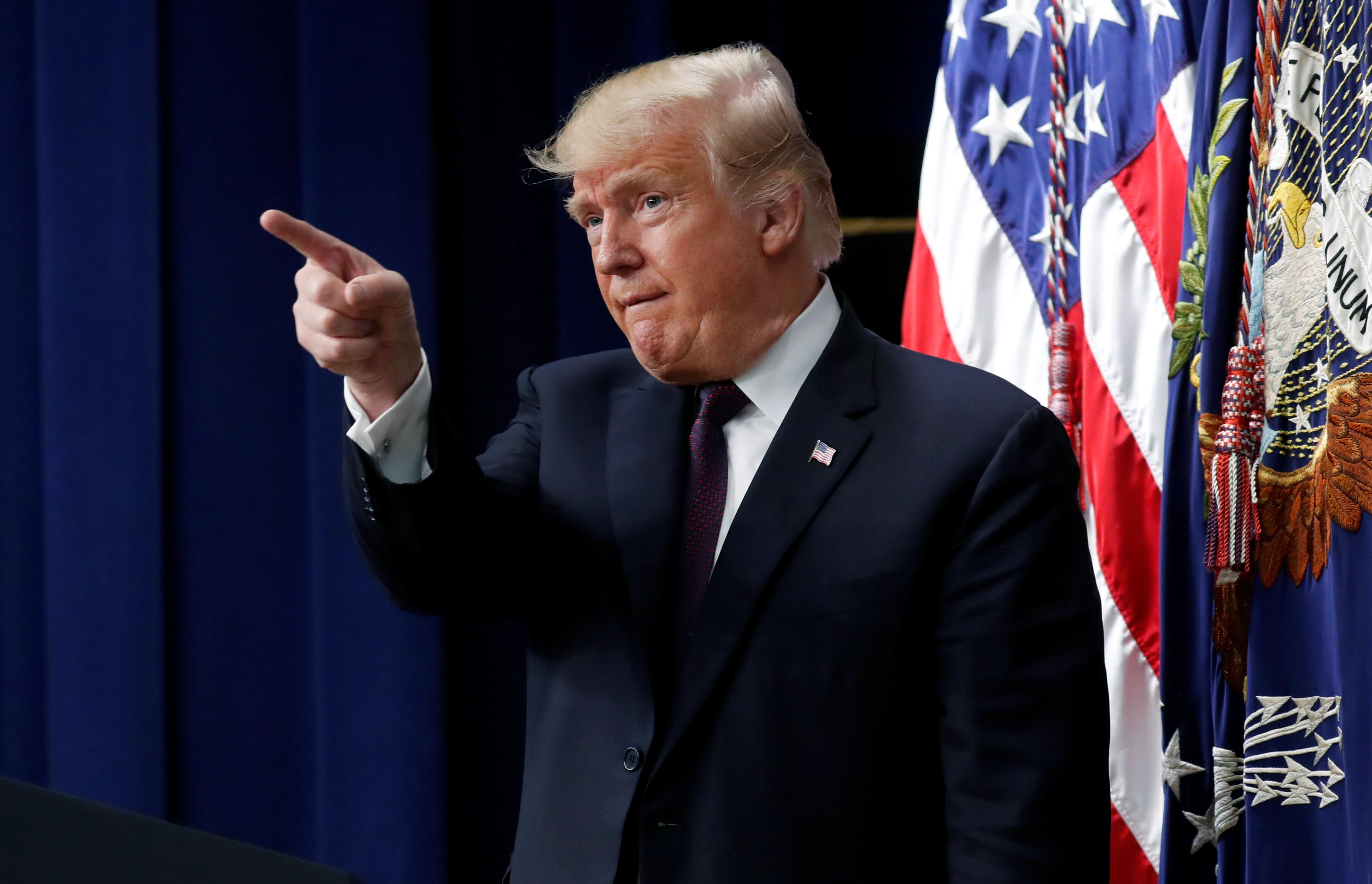 One prime minister warned that the trade war between Washington and Beijing could trigger a “domino effect” of protectionist steps by other countries. Another fretted that the international order could splinter into rival blocs.

“The most important and talked-about … leader, President Trump, is the only one that did not turn up,” said Malcolm Cook, a senior fellow at the ISEAS-Yusof Ishak Institute in Singapore.

And yet, in Trump’s absence, countries from South to East Asia pressed on with forging multilateral ties on trade and investment among themselves, including with China.

China’s representative at the meetings, Premier Li Keqiang, egged them on.

“Now the world is facing rising protectionism. It is all the more important for us to come together and respond to the complex world situation to uphold multilateralism and free trade,” Li said on Thursday.

The U.S. president’s lack of engagement with Asian nations came just days after a trip to France for World War One commemorations at which he appeared isolated from NATO allies.

“Not necessarily by design, but because he is not being a consistent and reassuring presence, and because his policies have tended to fracture the natural order that Asia is dependent upon,” he said. “Asians are trying to figure out what else they can do without relying on America too much.”

The White House did not respond to a request for comment.

As well as the summits of the Association of Southeast Asian Nations (ASEAN) and East Asian nations in Singapore, Trump will also skip the Asia Pacific Economic Cooperation (APEC) forum in Papua New Guinea at the end of the week.

At APEC on Friday, President Xi Jinping will showcase China’s Belt and Road initiative to Pacific leaders, several of whom are expected to sign up to the infrastructure investment drive.

Xi’s multi-billion-dollar plan, which aims to bolster a sprawling network of land and sea links with Asian neighbors and far beyond, is viewed with suspicion in Western capitals as an attempt to assert Chinese influence.

Trump attended both the ASEAN and APEC meetings in 2017, and his decision to stay away this year has raised questions about Washington’s commitment to a regional strategy to counter China.

Vice President Mike Pence, who represented Trump in Singapore, told the meeting that United States’ commitment to the Indo-Pacific is “steadfast and enduring.”

Asia presents the Trump administration with some of its most pressing foreign policy challenges, including its strategic rivalry with China and efforts to persuade North Korea to give up its nuclear weapons program.

Washington has touted what it calls an “Indo-Pacific” strategy aimed at greater regional cooperation, notably with India, Australia and Japan, to counter China’s influence, including in the disputed South China Sea, where it conducts naval patrols to challenge what it sees as Beijing’s excessive territorial claims.

Pence said on Thursday – without naming China – that there was no place for “empire and aggression” in the Indo-Pacific.

His comments follow a major speech in October in which he flagged a tougher approach by Washington toward Beijing, accusing China of “malign” efforts to undermine Trump and reckless military actions in the South China Sea.

A U.S. State Department spokesman said: “We welcome contributions by China to regional development, so long as it adheres to the highest standards the people of the region demand. We are concerned by China’s use of coercion, influence operations, and implied military threats to persuade other states to heed China’s strategic agenda.”

Shortly before Pence spoke in Singapore, the U.S. Navy announced that two of its aircraft carriers with around 150 fighter jets were conducting warfare drills in the Philippine Sea, a show of force in waters south of China and within striking distance of North Korea.

Pence told reporters in Singapore that he had been struck in conversations with world leaders by “the connection that President Trump has made” with them through his vision for a free and open Indo-Pacific.

However, analysts say that countries across Asia are waiting for the United States to put substance behind its Indo-Pacific rhetoric, and Trump’s absence from the summits only served to heighten concerns among Southeast Asian states that Washington no longer has their back.

Singapore Prime Minister Lee Hsien Loong said on Thursday it was “very desirable” for ASEAN not to have to take sides with world powers, but there may come a time when it would “have to choose one or the other.”

Some Southeast Asian nations may be quietly impressed by the United States’ robust approach to Beijing on trade, intellectual property issues and the South China Sea, but others have made it clear they already see China’s rise as inevitable.

Philippines President Rodrigo Duterte, asked on Thursday about the U.S. Navy drills, noted that China already occupies contested South China Sea islands and added: “Why do you have to create frictions … that will prompt a response from China?.”

“This change is certainly not all because of Trump,” he said. “The choices of Southeast Asian states in the end bear some responsibility.”