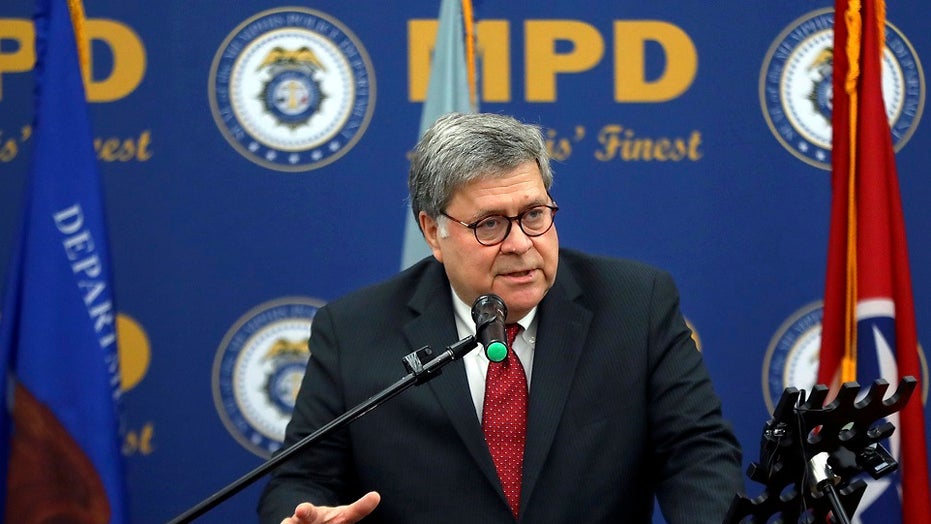 A group of President Trump's supporters gathered outside the Virginia home of Attorney General William Barr on Saturday to demand he "lock up" his Democratic rival Joe Biden.

At least a dozen people stood outside the McLean home and met with Barr, who came outside and chatted and posed for photos, according to media reports.

“It’s come to this: A neighbor reports that AG William Barr’s house in McLean is being picketed by Trump supporters who believe he’s not doing enough to lock up Joe Biden,” read a tweet from Gleen Kessler, a writer at The Washington Post.

Barr explained to them the Justice Department's role in investigations, a DOJ official told The Associated Press.

The Justice Department did not respond to a request for comment from Fox News.

The story has come under scrutiny because of several red flags, including its sourcing and accuracy.