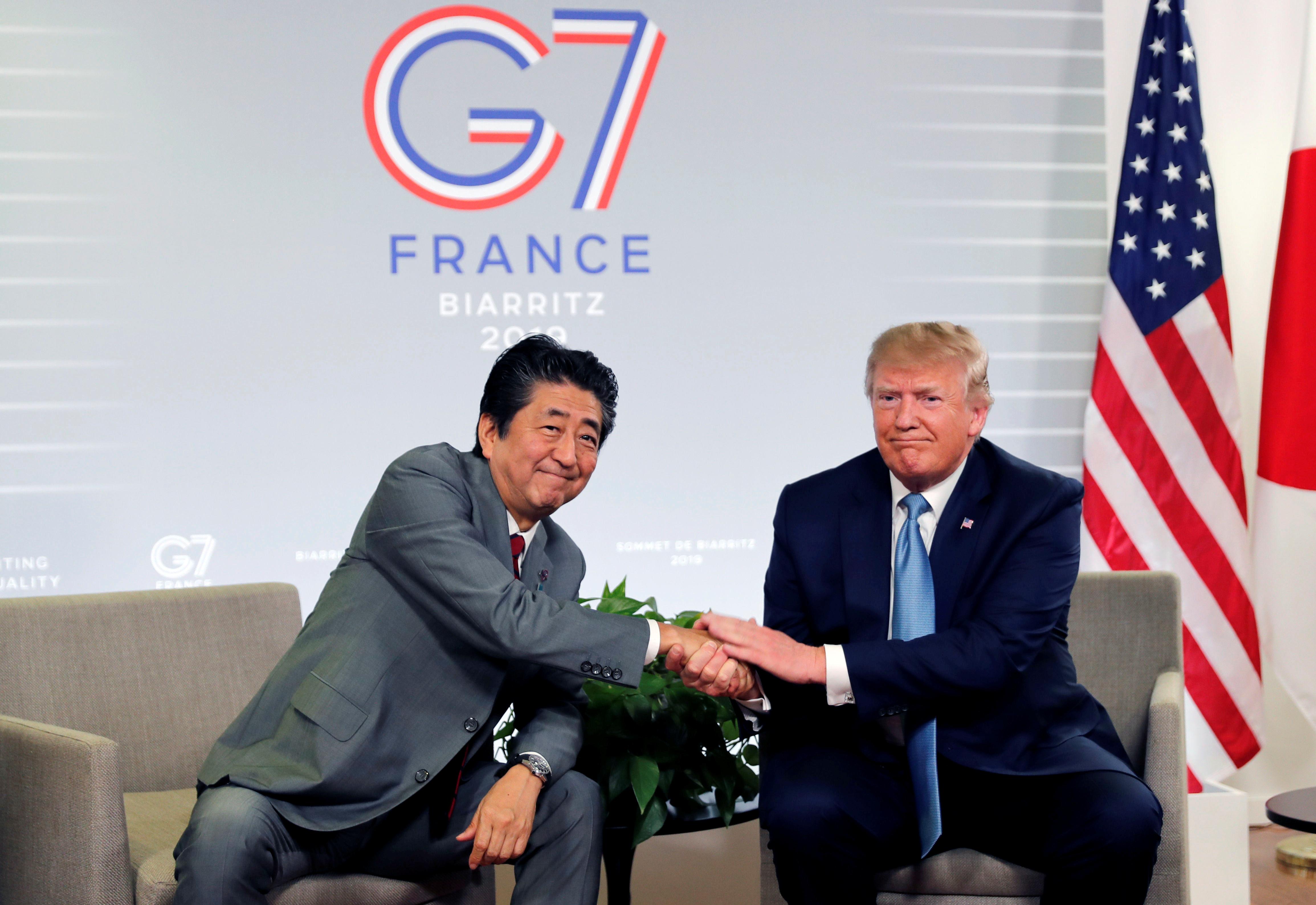 BIARRITZ, France (Reuters) – U.S. President Donald Trump said he could know by the end of a bilateral meeting with Japan’s Prime Minister Shinzo Abe whether their two countries will secure a new trade deal.

“It’s a major deal with Japan, if it gets done, we’ll possibly know by the end of this meeting,” Trump said ahead of a bilateral meeting between the two leaders on the sidelines of a G7 summit in Biarritz, southwestern France.