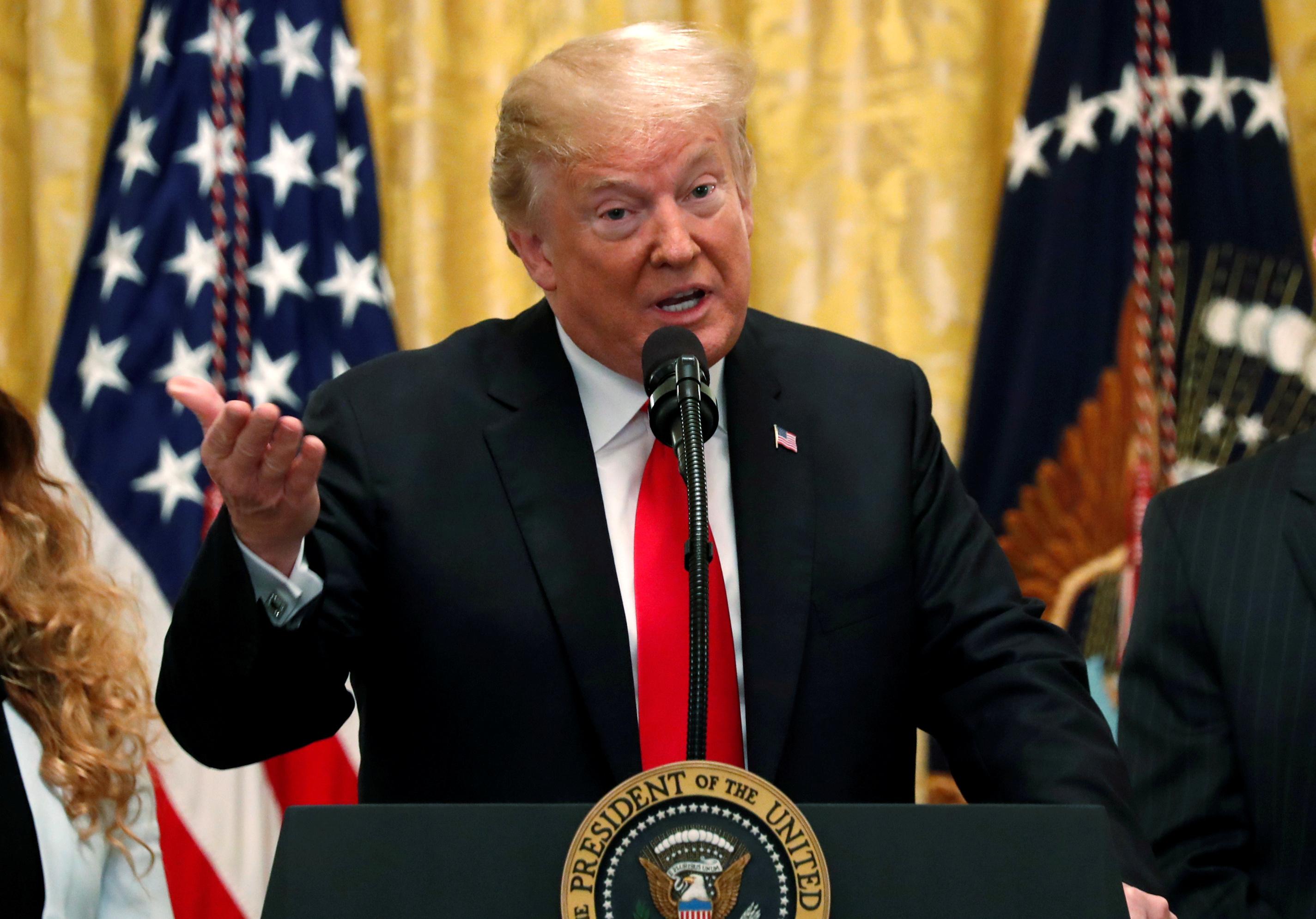 The United States, Canada and several Latin American countries have disavowed Maduro over his disputed re-election last year and recognize Guaido as the rightful leader of the economically troubled OPEC nation.

Maduro however still maintains the powerful backing of Russia, China and Turkey, whose foreign minister said on Sunday that Western meddling was fueling Venezuela’s troubles and punishing millions of its people.

In an interview with CBS on Sunday, Trump reiterated that military intervention was a possibility.

“Certainly, it’s something that’s on the – it’s an option,” Trump said, adding that Maduro requested a meeting months ago.

“I’ve turned it down because we’re very far along in the process,” he said on a CBS “Face the Nation” interview. “So, I think the process is playing out – very, very big tremendous protests.”

Tens of thousands of people thronged the streets of various Venezuelan cities on Saturday to protest his government and a senior air force general recognized interim-chief Guaido.

France and Austria said on Sunday they would recognize Guaido if Maduro did not respond to the European Union’s call for a free and fair presidential election by Sunday night.

While that could weaken Maduro, it risks also exacerbating Venezuela’s economic collapse. Venezuela is suffering medicine shortages, malnutrition and hyperinflation that has prompted millions to emigrate in recent years.

Venezuela’s ambassador to Iraq, Jonathan Velasco, became the latest of a handful of officials to defect from Maduro’s government this weekend in a video published on social media on Saturday.

Guaido told his supporters in a major rally in Caracas on Saturday that he would on Sunday announce when they would seek to bring in international humanitarian aid from Colombia, Brazil and a Caribbean island.

It is unclear whether Maduro’s government, which denies the country is suffering a humanitarian crisis, will let any foreign aid through.