Mr Trump’s press secretary Stephanie Grisham defended her boss after the House of Representatives Judiciary Committee approved two articles of impeachment against him. Referring to the signing of a “Phase One” agreement that reduces some US tariffs in exchange for increased Chinese purchases of US farm goods, Ms Grisham tweeted: “Take note @SpeakerPelosi – this is what real leadership looks like. President @realDonaldTrump never stops working and continues to make successful deals that benefit this country.”

Take note @SpeakerPelosi – this is what real leadership looks like

Mr Trump dismissed the impeachment process against him as a hoax and said he would not mind a long trial in the US Senate, saying he wanted to see the whistleblower whose complaint led Democrats to launch the inquiry.

The President decried the process as a “sham” and said Democrats were trivialising impeachment.

He also claimed his poll rating had gone up as a result of the impeachment. 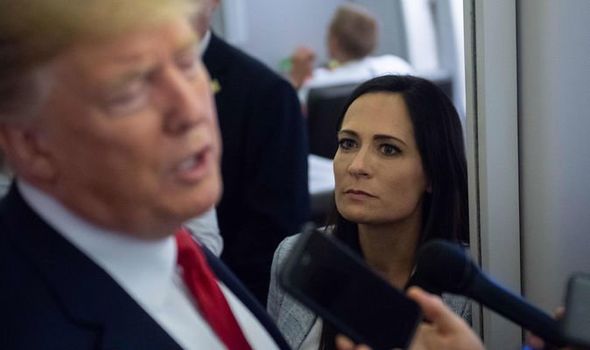 Mr Trump said: “It’s a very sad thing for our country, but it seems to be very good for me politically.

“Impeachment is a hoax. It’s a sham.”

The President said he was open to a short or long process in the Senate, which is expected to hold a trial in January. 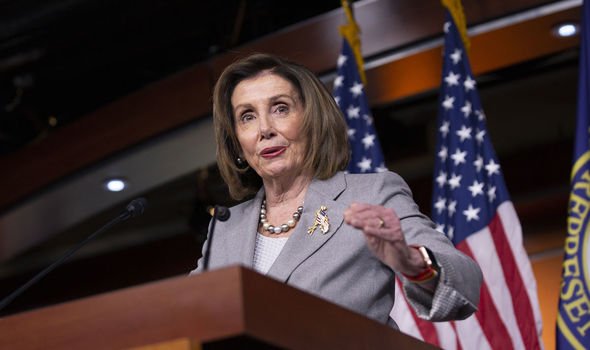 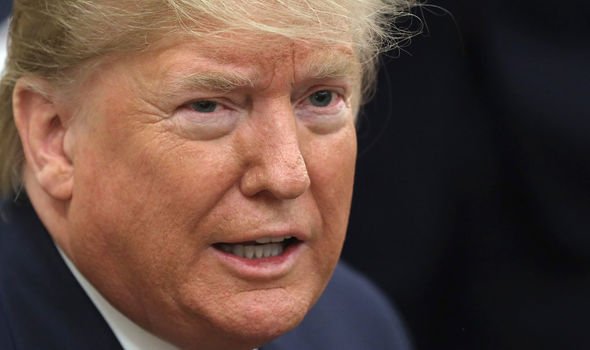 He said: “I’ll do whatever I want. So I’ll do long or short.

“I wouldn’t mind a long process, because I’d like to see the whistleblower, who’s a fraud.”

Mr Trump has repeatedly denied doing anything wrong during a July phonecall with Ukraine President Volodymyr Zelenskiy in which he pressed Ukraine to investigate Democratic former Vice President Joe Biden.

He said using the impeachment process against him was not good for the US.

He said: “There was nothing done wrong. To use the power of impeachment for this nonsense is an embarrassment to this country.”

The President later tweeted news of the China deal.

DON’T MISS
Bill Clinton upsets Democrats as he breaks his silence on Trump[SPOTLIGHT]
Impeachment backlash: How Pelosi spared Bush from Trump-style probe [ANALYSIS]
Trump impeachment: What is the US President charged with?[FOCUS] 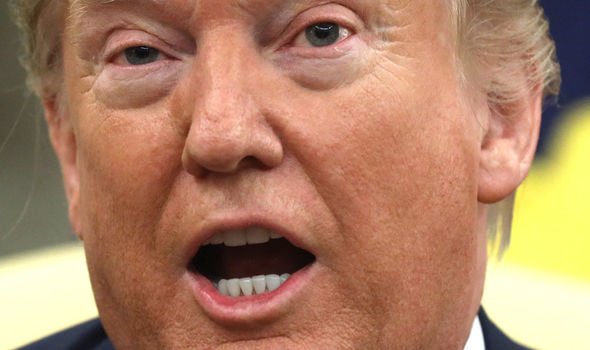 He said: “We have agreed to a very large Phase One Deal with China. They have agreed to many structural changes and massive purchases of Agricultural Product, Energy, and Manufactured Goods, plus much more.

“The 25 percent Tariffs will remain as is, with 7.5 percent put on much of the remainder.

“The Penalty Tariffs set for December 15th will not be charged because of the fact that we made the deal.

“We will begin negotiations on the Phase Two Deal immediately, rather than waiting until after the 2020 Election. This is an amazing deal for all. Thank you!”