Trinidadian RAF hero fooled bosses into thinking that he was royalty

Trinidadian hero flyer who stopped the Nazis from shooting down 200 bombers in 1943 raid fooled the RAF into thinking that he was African royalty, new book reveals

A Trinidadian RAF airman who foiled Nazi efforts to shoot down 200 bombers duped superiors into believing he was African royalty.

Ulric Cross and Kenrick Rawlins arrived from the Carribbean in 1941 to help Britain’s war effort against the Germans.

But today a 70-year-old joke they had played on their bosses was revealed in a new book that includes their incredible exploits.

When they were given accommodation they told them Rawlins was an African prince and Cross his spokesperson. 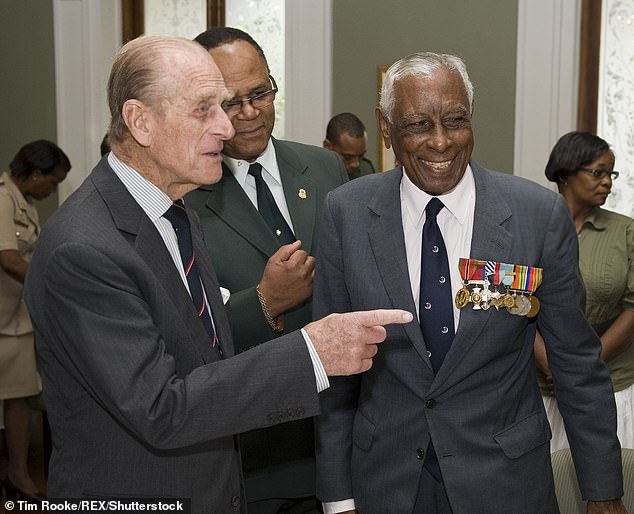 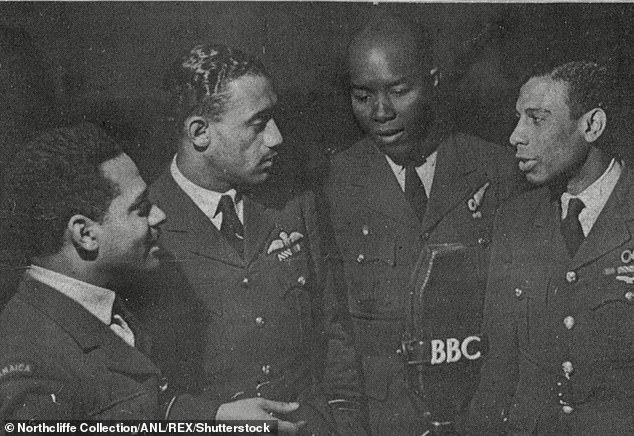 The prank, brought to light in Will Iredale’s The Pathfinders book, saw a corporal make their beds for them in the barracks.

Cross and Rawlins’ raids for the RAF were carried out in wood-frame Mosquitos across Germany.

Cross, a navigator, helped prevent 200 bombers from being shot down in a bombing raid over Germany in 1943.

His engine was shot out on the mission and he crashed in Norfolk but lived to the grand age of 96. 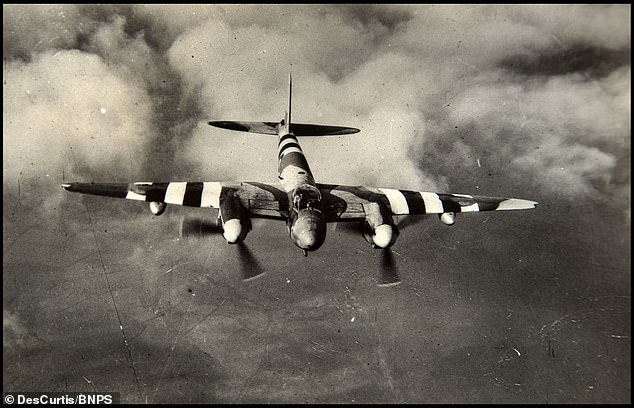 But his friend Rawlins was killed in 1943 when his De Havilland Mosquito sank in the sea.

Nicola Cross, 52, Ulric Cross’s daughter, told the Guardian: ‘I saw him cry twice. The second time was when he was in his 90s and it was the fact that the 250 (Trinidadian airmen in the RAF) had not been recognised.’

Miss Cross wants the role of servicemen and women like her father to be taught on school syllabuses and added: ‘There are lots of invisibles.’

Her father had been inspired to join the RAF after being struck hard by watching Britain being defeated at Dunkirk.

His determination to help was also sparked by his dismay at seeing Hitler and the Nazis continue their occupation across Europe.

While his story may not be known widely by the public, a Hollywood film was made about him and he is lauded in many circles.

The Independent reports Cross made an appearance in the short propaganda film West Indies Calling, produced by the Ministry of Information.

In a newsletter in 1944 when he was awarded the Distinguished Flying Cross it was described as ‘a joy to every West Indian heart.’