London: The Harry and Meghan Netflix documentary was more unexploded munition than bombshell we’d been promised.

Nevertheless, the three hours of television did contain a few nuggets of information as the couple reflected on their first date, secret courtship and engagement. 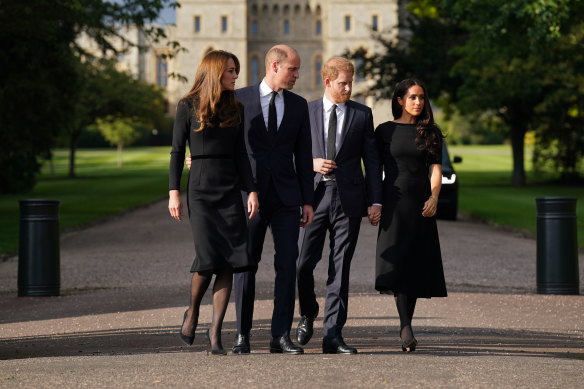 The key takeout from the first three episodes was when Harry explained his reasons for marrying Meghan.

He invoked his late mother Diana and said that he was more like her in making his decisions from his heart rather than his head. 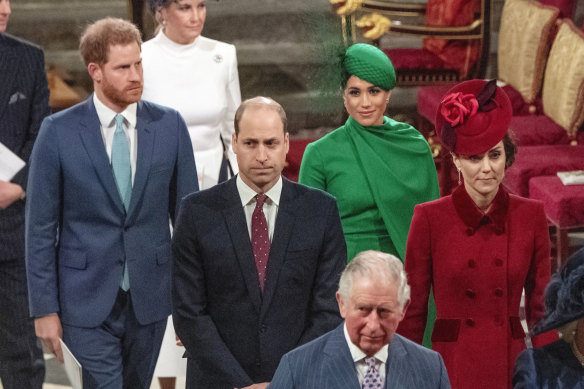 Harry and Meghan’s final official appearance in March 2020 was awkward for all involved.Credit:AP

In what is widely perceived to be a criticism of his brother, William – the future king, Harry said that in the royal family, “the temptation is to marry someone who fits the mould”.

He also said that as “products of divorce” both he and Meghan were determined not to make the same mistakes as their parents.

Perhaps not a surprise given the Diana and Meghan comparisons have been made by many and from day one of the couple’s relationship, but Harry revealed he too sees a lot of his mother in his wife.

“So much of what Meghan is and how she is so similar to my mum,” he said. 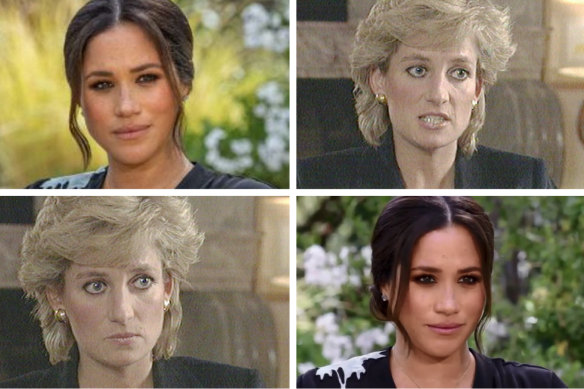 A composite of Meghan, Duchess of Sussex, and Princess Diana.Credit:Jamie Brown

He spoke of the driving motivation to protect her from the same fate that befell his mother, who died in a car crash in Paris after being chased by paparazzi.

Interestingly, the documentary aired a clip from Diana’s tell-all Panorama interview which Prince William and Harry both criticised when a review found that the journalist Martin Bashir tricked Diana into agreeing to it, relying on documents he forged to claim the palace was following her.

William has said that the interview should never be aired again but the documentary aired a clip and Harry said that his mother had spoken the truth in that interview.

3. The couple changed their story on how they met

Five years ago, Harry and Meghan told the world that they met via a friend who set them up on a blind date.

They revealed this in an interview with the BBC which was organised for the announcement of their engagement.

Harry said: “We first met, we were introduced actually by a mutual friend, who …” before being interrupted by Meghan who said: “We should protect her privacy.” 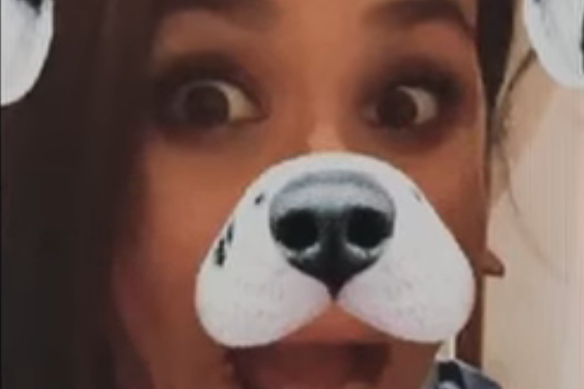 “It was through her,” Harry said.

The couple told Netflix that that interview was “rehearsed” and an “orchestrated reality show” and said they actually met on Instagram when Harry spotted her in a mutual friends’ feed.

“I was scrolling through my feed and someone who was a friend had a video of them, it was like a snapchat, it was dog ears,” Harry recalled.

“That’s what he saw of me … it was ridiculous,” Meghan said.

“It was through her,” Harry said.

Harry asked the friend to put him in touch with Meghan who recalled asking “who’s that” when told her admirer was “Prince Haz”.

One of the genuinely amusing moments came when Meghan recounted being required to curtsy to the Queen.

She demonstrated how she curtseyed (completely over the top) on camera. She says that she had to google the lyrics of the national anthem to learn them. (We’ve all been there, right?)

Meghan recalls the day she met the Queen.Credit:Netflix

5. Doria Ragland was stunned Meghan’s father would exploit her fame

Meghan’s mother who has never spoken in public made her first comments and said she was shocked Thomas Markle would have sought to exploit Meghan’s fame by staging photos for the press in exchange for money. 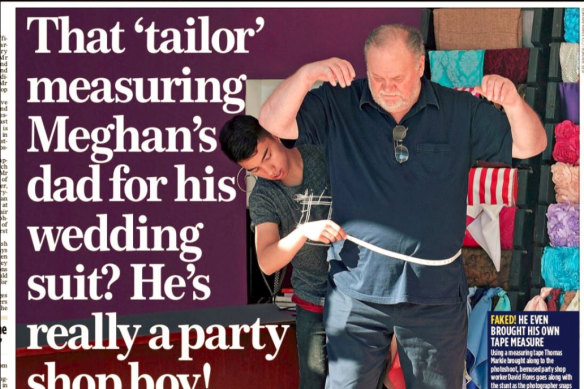 Thomas Markle said he apologised for setting up paparazzi pictures of him being fitted for a suit.

Neither Harry nor Meghan explained why in the months that they dated in secret Harry never met Meghan’s father.

He was accused of staging press photographs ahead of the couple’s wedding, something he denied to Meghan which she reveals she did not believe. She also recounted how she believed her father’s phone had been compromised when he wouldn’t pick up the phone but texted her calling her “Meghan,” despite calling her “Meg” all her life.

Harry has long criticised the system of the royal rota, whereby journalists given accreditation by the palace are the official royal correspondents for major British news outlets. 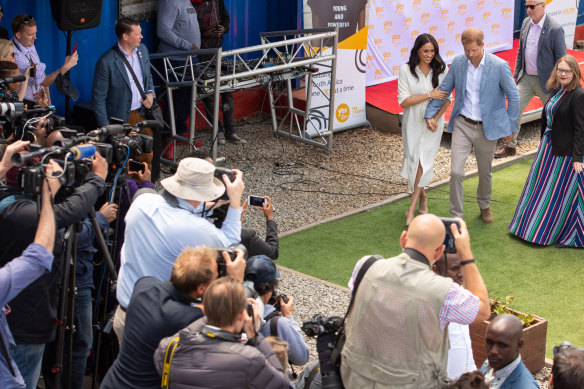 The Duke and Duchess of Sussex departing after a visit to the Tembisa township in Johannesburg.Credit:PA

Note this is different to the role of “royal expert” which Harry has also criticised. Anyone can call themselves a royal expert and be paid huge sums to live commentate major royal events such as the couple’s wedding at Windsor Castle in 2018.

Harry didn’t exactly blow the lid off the cozy arrangement between the palace and the rota journalists but did accuse them of behaving as essentially the PR arm of Buckingham Palace.

7. Meghan a hugger, William and Kate evidently not

The conflict between Harry and Meghan and Catherine and William may be a recurring theme in the remaining episodes to be aired next week but there was a veiled nod to it when Meghan recounted her first meeting with the future king and his wife. 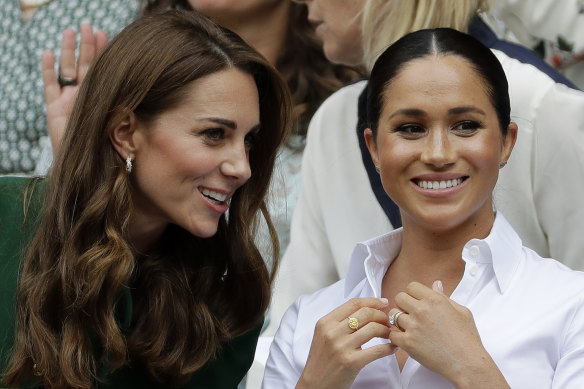 The Princess of Wales and the Duchess of Sussex in 2019.Credit:AP

Meghan described Catherine and William as being “formal” and contrasted it to her being in ripped jeans and barefoot for their first meeting. She also described herself as a “hugger” and that this might be a bit jarring for the British, an obvious attempt to make the pair out to be cold.

Will next week’s episodes contain more new information? We’ll wait and see. In the meantime, you can recap how episodes one to three unfolded here:

As it happened: Duke, Duchess of Sussex to reveal why they stepped down from royal duties

And vote in our poll on whether the series is changing your view of the celebrity pair.