Home » World News » The Church of England’s head, and a plain Presbyterian parishioner

The Church of England’s head, and a plain Presbyterian parishioner

It is fascinating that the late Queen Elizabeth II, the titular head of the Church of England, spent part of her life as a Presbyterian and died as one.

When she was at Balmoral, reportedly her favourite residence, she was an ordinary parishioner at the small (Church of Scotland) Crathie Kirk near the castle. 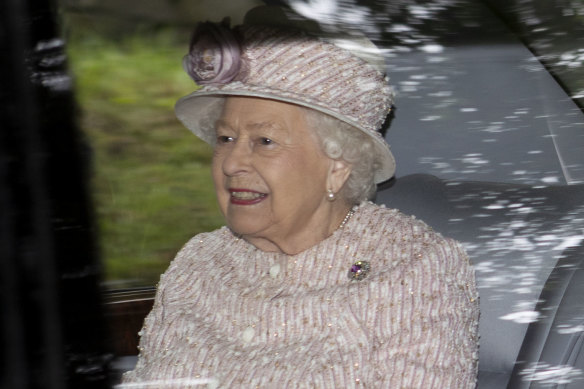 Queen Elizabeth pictured leaving a service in 2019 at Crathie Kirk, a Presbyterian church she often attended while in residence at Balmoral.Credit:AP

Damian Thompson wrote in The Spectator in September that when she died she was actually a Presbyterian because all British monarchs change their religious identity when they arrive in Scotland.

“They board the Royal Train at King’s Cross as Supreme Governor of the Church of England [Anglicans], responsible for appointing bishops whom it teaches are successors of the Apostles. By the time they arrive at Waverley, they belong to a Church which has no bishops and whose only Supreme Governor is Jesus.”

In succeeding to the throne in Scotland, King Charles III did so as an “ordinary member” of the Kirk – the only religious status that the sovereign enjoys north of the border.

Thompson wrote that the Queen had a firm preference for a particular style of worship: sombre, scriptural and unmistakably Protestant. That was what Crathie provided.

I am not denominationally motivated, but when I got my theology degree decades ago with the Presbyterians, I had to study Hebrew and Greek without any academic credit – I simply couldn’t major in Old and New testaments without the languages in which they were written.

Possibly because Presbyterians are originally Scottish, tracing their lineage to the fiercely uncompromising and courageous John Knox, they have a notable history of pugnacity and have often punched above their weight in the wider church. Look at their role in the English Civil War and the Long Parliament that followed, and their centuries-long theological contributions.

Their particular gift to the wider church is the emphasis on God’s covenant with humanity as the organising principle of his plan of salvation, from creation to the awaited second coming. God made covenants with Adam, Noah, Abraham, Moses and David, each a demonstration of his love and grace, culminating in the new covenant in Jesus Christ. The consistent covenant promise can be summed up in one sentence: I will be your God, and you will be my people. Or, Christianity’s good news in 11 words.

Covenant is a beautiful concept, tying God and his people in unbreakable bonds sustained by God himself. Covenant highlights the goodness and generosity of God’s dealings with his people – that he is patient when we are fickle, that he is faithful when we are false, and that his mercy runs from generation to generation.

Barney Zwartz is a Senior Fellow of the Centre for Public Christianity.