Nine million people in Japan have been told to evacuate their homes as the country is hit by one of the worst typhoons in its history, killing two and leaving 300,000 homes without power.

Nearly 90 people have been injured by Typhoon Nanmadol, which brought ferocious winds of up to 145mph and record rainfall to the west of the country yesterday.

Transport has been disrupted, manufacturers have been forced to suspend operations and tens of thousands of people spent last night in emergency shelters.

While Japan’s Emperor Naruhito and Empress Masako were in London attending the Queen’s funeral at Westminster Abbey yesterday, Prime Minister Fumio Kishida delayed his departure to New York for the U.N. General Assembly to assess the damage from Japan’s 14th typhoon of the season.

Nanmadol made landfall near the southwestern city of Kagoshima late on Sunday before battering the western island of Kyushu and roaring on to the main island of Honshu yesterday morning. 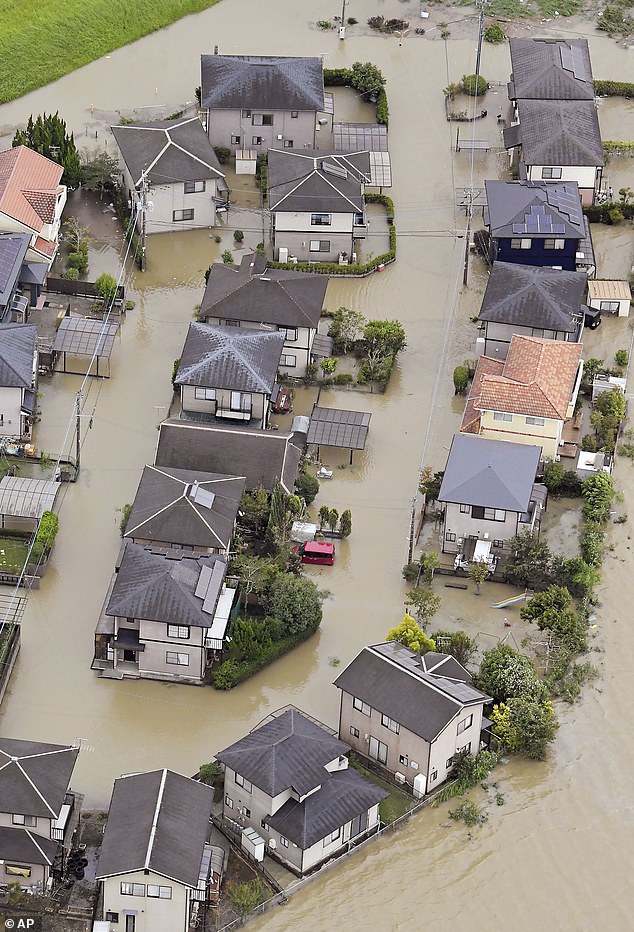 Typhoon Nanmadol made landfall near Kagoshima city late on Sunday before battering the western island of Kyushu and roaring on to the main island of Honshu yesterday morning. A river in Kyushu’s Miyazaki prefecture overflowed, flooding fields and roads (pictured) 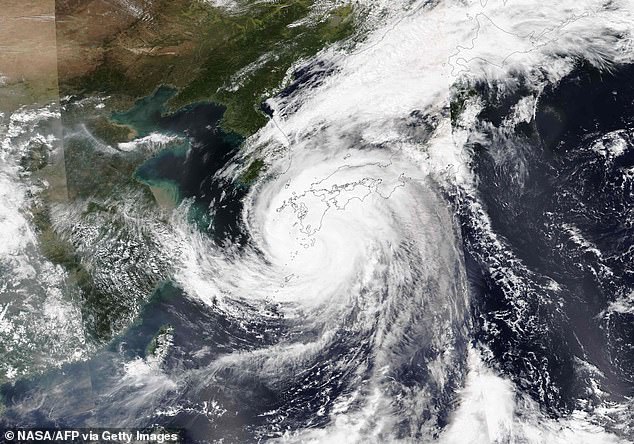 Two people have been killed, nearly 90 have been injured and nine million have been told to evacuate their homes. Pictured: the NASA Worldview satellite image showing Typhoon Nanmadol over southern Japan 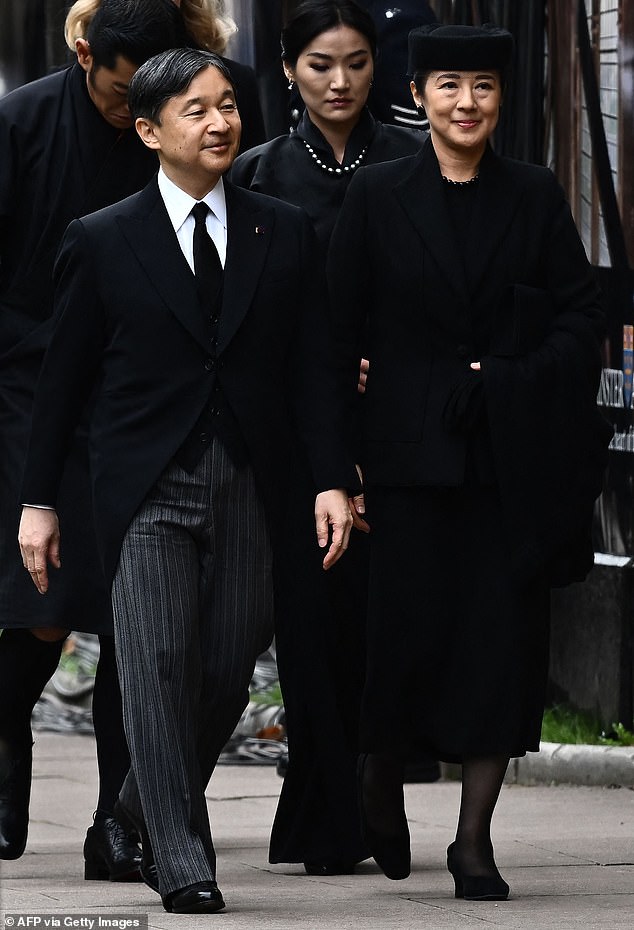 Japan’s Emperor Naruhito and Japan’s Empress Masako were in London attending the Queen’s funeral yesterday, while their country battles one of the worst typhoons in decades

Other videos showed a riverside house half hanging over a torrent, the tin roof ripped off a gas station, and a toppled billboard leaning over a street from the top of a building.

Local media said one man was found dead inside his car, which was submerged up to its roof in the middle of a field, while another man died when his cottage was hit by a landslide.

One other person remains missing, and at least 115 people have been injured, NHK said.

About 286,000 households were without electricity on Monday afternoon, down from some 340,000 households earlier on the day, the trade ministry said. 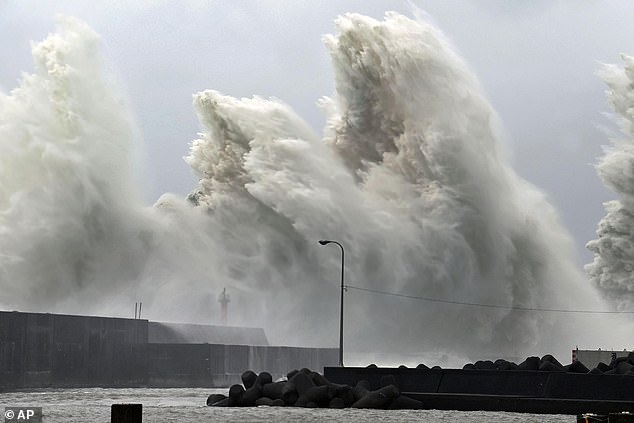 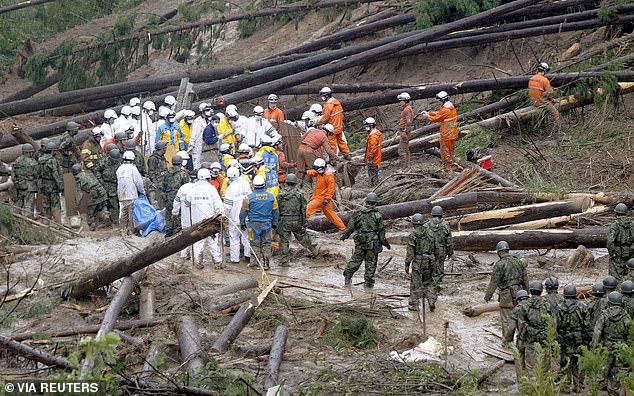 One other person remains missing, and at least 115 people have been injured, according to public broadcaster NHK. Pictured: a search and rescue operation at a landslide site caused by Typhoon Nanmado in Mimata town, Miyazaki Prefecture

Kyushu Railway Company said it had halted operations of both high-speed and regular trains, while Japan Airlines and ANA Holdings cancelled about 800 flights, NHK reported.

Toyota has suspended night shifts on 24 lines at 12 of its domestic plants this evening, a company spokesperson said, adding that the company planned to make up for the lost production with overtime and operations on holidays.

Up to 11.8 inches of rain is expected in central Japan’s Tokai region, the nation’s industrial heartland, over the 24-hour-period to Tuesday evening, according to the Japan Meteorological Agency.