A storm chaser bought an armored Batmobile lookalike vehicle that was used in a tornado movie so he can get closer to twisters.

Ryan Shepard bought the Tornado Intercept Vehicle that was first used in an IMAX film called Tornado Alley and can withstand up to 175 mph winds after being tested in a real storm.

The 14,000lbs ‘Mad Max-type’ car was built in 2007 and Shepard first saw it while working as a production assistant on the movie that was released in 2011.

After being used for the film the vehicle that was built from the frame of a Dodge Ram 3500 truck will be used on another movie this spring.

Shepard bought the TIV, that looks similar to a Batmobile, from filmmaker Sean Casey and moved it from Illinois to his home in Greeley, Colorado, in two days. 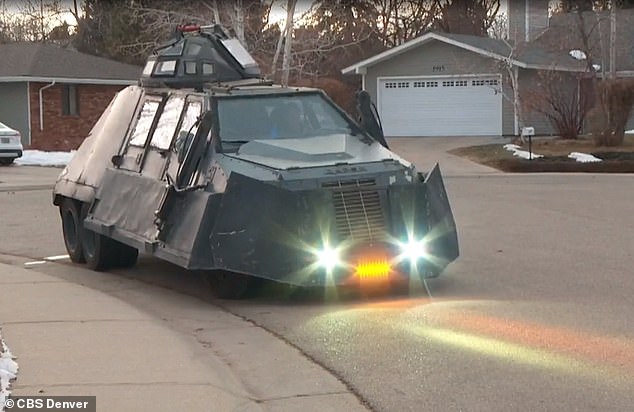 The Tornado Intercept Vehicle was built for the IMAX film called Tornado Alley. It has bulletproof glass and can withstand tornado winds of up to 175mph 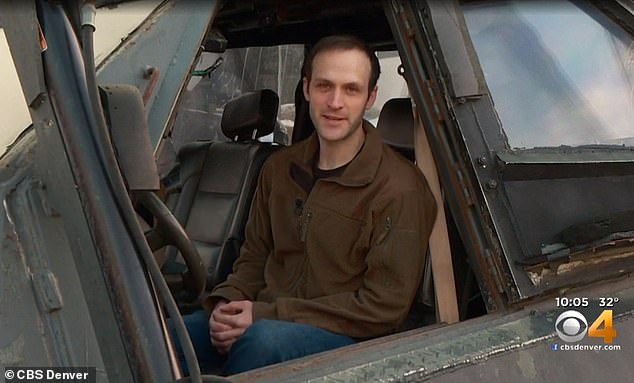 Storm chaser Ryan Shepard (pictured above), who has spent 14 years following severe weather, brought the armored Tornado Intercept Vehicle so he can travel toward tornadoes

He said during the journey he was constantly stopped by curious passers-by who were intrigued by the bizarre looking car.

Shepard told CBS Denver: ‘I got pulled over quite a few times, probably in every state along the way. They’re just mostly curious what it’s used for.

‘There are a lot of fans behind this type of concept of being able to drive close to tornadoes. I was very lucky to get my hands on this vehicle.

‘A lot of people say it looks like a Mad Max-type of vehicle, it’s just something crazy.’

It has a 90 gallon tank and can travel 800 miles without a refill and was tested in 25mph winds from a jet engine as well as 175 mph winds from an actual tornado, Shepard said, according to Shepard.

The Tornado Intercept Vehicle also has eight layers of two-inch metal making up the walls as well as bulletproof glass and 10 specially made tires. 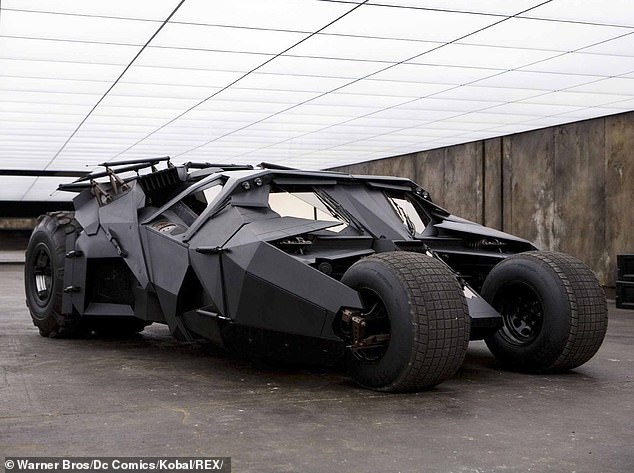 The Batmobile from The Dark Knight released in 2008. Shepard’s similar armored vehicle was tested on a real tornado 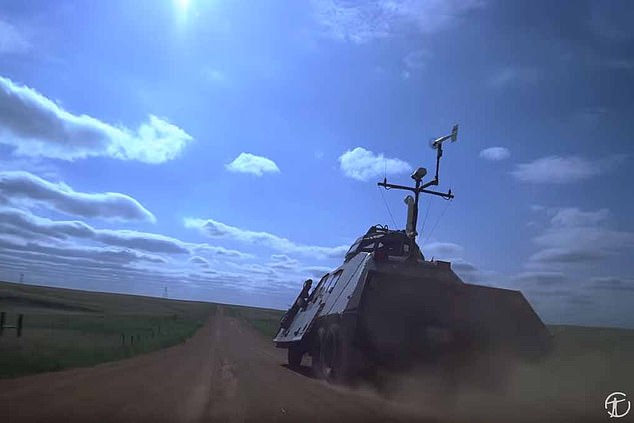 Spikes driven into the ground help keep the TIV in one place during high winds and hydraulics cover the bottom to stop gusts getting under the car and blowing it upwards.

Shepard said he was studying to be a pilot when he began his passion for storm chasing while he was in college 14 years ago.

He now offers tours each year for people who want to get close to storms and plans to use the TIV as part of his profession.

Hollywood was also interested in buying the striking vehicle to use for filmmaking, but Casey preferred seeing it sold to a storm chaser, Shepard said. 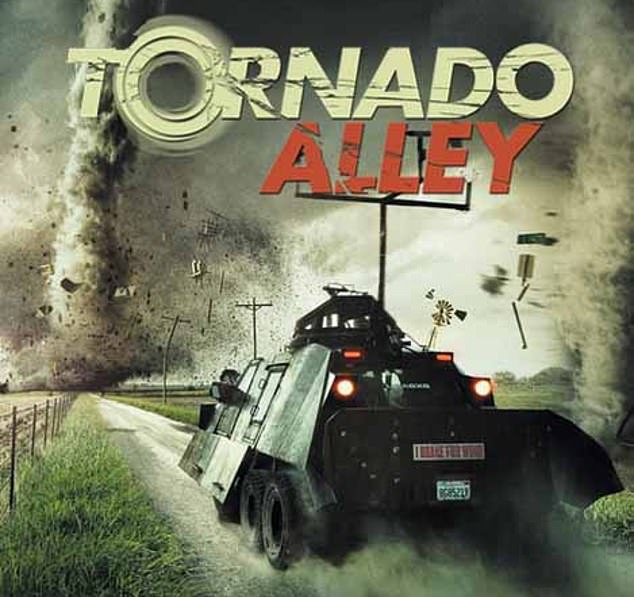 A poster for the twister film, Tornado Alley, that the armored vehicle was built for in 2007