Spain makes new offer to charity boat with migrants on board

MADRID/ROME (Reuters) – Spain on Sunday offered to allow a charity boat situated off the coast of Italy with more than 100 people on board to dock at the nearest Spanish port after the Open Arms charity rejected a plan to dock in Algeciras because it was too far away.

The migrants, most of whom are African, had been picked up by the charity’s boat – also called Open Arms- off the coast of Libya in the past two weeks and have been waiting to disembark on the southern Italian island of Lampedusa.

Italy’s far-right Interior Minister Matteo Salvini has ordered his officials not to let them disembark, though he made a partial concession on Saturday by allowing 27 minors to leave the boat, saying he had only agreed to this at the insistence of Prime Minister Giuseppe Conte.

After the charity rejected the plan to go to Algeciras, in southern Spain, the Spanish government offered the captain of the boat the option to dock at the nearest Spanish port, but had not received an answer, the prime minister’s office said.

An Open Arms spokeswoman confirmed to Reuters that the boat still had not answered Spain’s proposal.

After rejecting the offer to dock at Algeciras, Open Arms asked Italy to allow the migrants to disembark on Lampedusa, citing a deterioration in their physical and psychological conditions, it announced on Twitter. “If the worst happens, Europe and Salvini will be responsible,” it said.

Charity rescue boats have largely disappeared from the Mediterranean over the past year because of tighter government controls and lengthy offshore standoffs.

The Open Arms charity had said earlier on Sunday the vessel could not go to Algeciras as it was a long trip that would risk the wellbeing of the migrants. 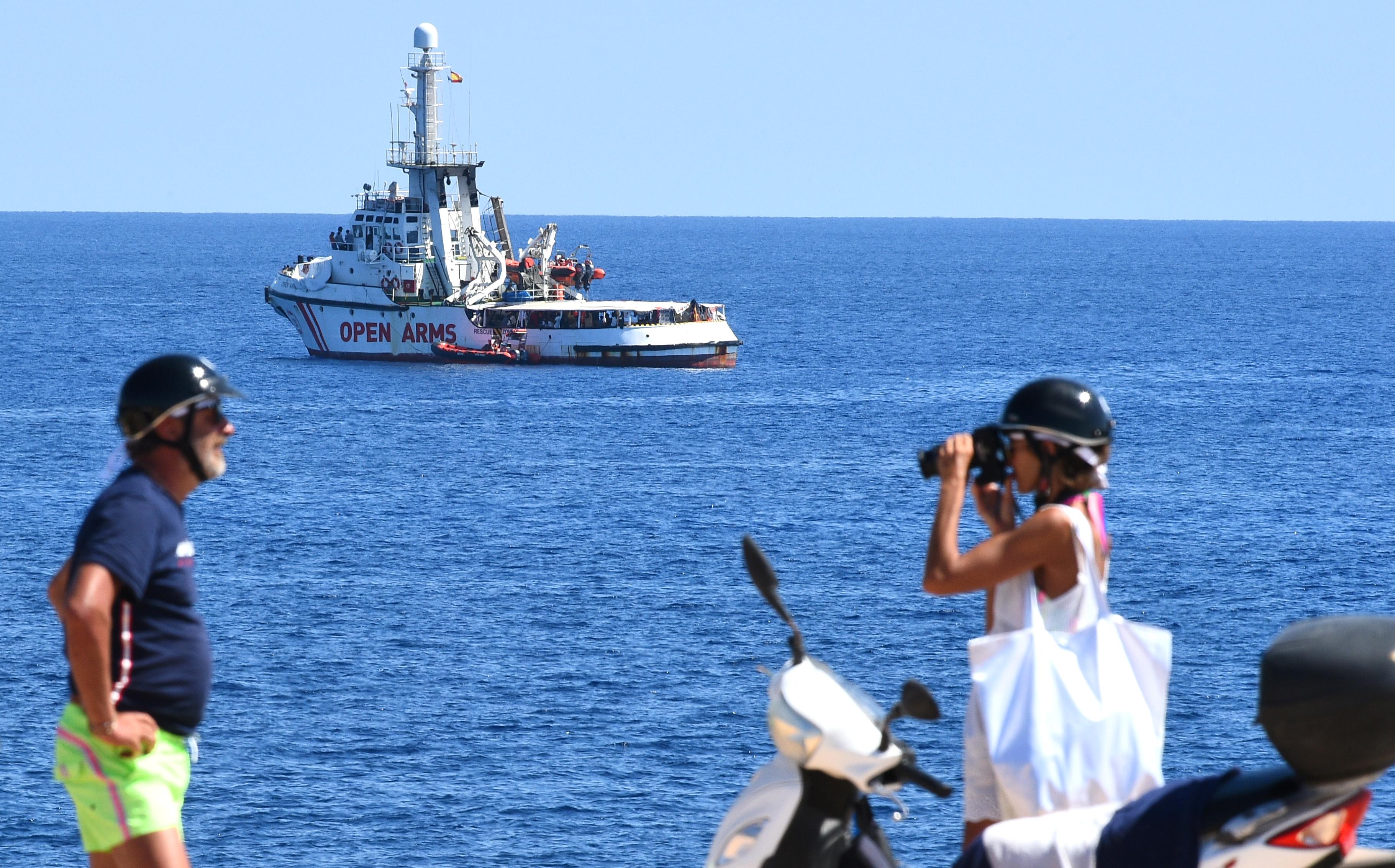 “We are in a state of extreme humanitarian emergency. What they need is to be disembarked now,” an Open Arms spokeswoman said. “It is unthinkable to sail for six days.”

Salvini, who had welcomed Spain’s offer as a vindication of his hardline stance, said Open Arms’ refusal to accept it was “incredible and unacceptable”.

“Italy is not the refugee camp of Europe,” he said.

With Salvini – who as leader of the ruling League party has built his popularity on a vigorous campaign against illegal immigration – refusing to budge, and Open Arms refusing to take the migrants elsewhere, the standoff looks intractable.

It may end with Conte, a former academic who is not a member of any party, again stepping in to overrule Salvini.

France, Germany, Romania, Portugal, Spain and Luxembourg this week said they would help to relocate the migrants. That scheme would take place once the migrants disembark in Algeciras, the Spanish government said.

Before Open Arms’ rejection of Spain’s offer to dock at Algeciras, Salvini had renewed his attacks on Open Arms, accusing it of lying about the condition of the migrants. He said a medical inspection by Italian authorities had shown no emergency on board.

Open Arms said that a few migrants had jumped off the boat. It posted a video on Twitter of what it said were migrants from the boat trying to swim to shore before being caught by rescuers who jumped in after them.