London: British military chiefs have been warned that the new Ajax armoured fighting vehicles pose safety risks to soldiers if they are driven at more than half their fastest speed.

It comes after trials of the vehicles had to be suspended from November 2020 to March of this year, after it was found troops had suffered swollen joints and tinnitus while being inside the vehicles.

A government report seen by The Telegraph states that safety limitations on the tanks include “speed restrictions of 20mph” [32 km/h] as well as “limiting time in the platform to 1hr 30mins before crew change”. 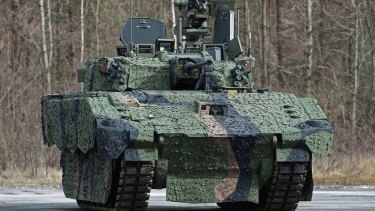 The new Ajax vehicles could pose safety risks to soldiers.Credit:CC/MOD

The report warns that due to the speed restrictions, which are understood to be caused by design flaws that have resulted in excessive vibrations that prevent cannons being fired on the move, the Household Cavalry regiment “cannot conduct effective collective training on the platform”.

Meanwhile, it states that due to safety limitations the current design means “the vehicle cannot reverse over an obstacle more than 20cm high”.

The report, which is due to be published next month but is understood to have been seen by the Ministry of Defence (MoD), adds: “The review team were told there is a real risk exposing the Field Army to the platforms in their current condition will undermine their confidence in Ajax.”

All soldiers who currently operate inside the tank must now have an ear test and wear noise-cancelling headsets, however it is understood that problems with vibration and noise levels were reported as early as 2017.

One defence source claimed that the army is “so embarrassed about having to admit it’s failed, they won’t do it”.

The MoD said it is committed to the Ajax programme, which will form a key component in the Army’s modernised warfighting division, with current plans for Initial Operating for its scheduled deployment this summer.

However, only 14 of the turretless Ares variant, which are manufactured by General Dynamics, the American aerospace and defence company, have so far been delivered.

The programme to deliver a new family of armoured fighting vehicles was decided in 2010, with 589 different variants of the vehicle ordered in 2014.

The vision was for the tanks to replace the Combat Vehicle Reconnaissance (Tracked) armoured fighting vehicles, but it has been plagued by problems ever since and is four years behind schedule to be deployed.

Francis Tusa, editor of Defence Analysis, said: “The Army and the MoD have got to realise that they have got a problem on their hands. Throwing money at this is what they’ve done for the last four years, and they have not solved any of the problems.”

“At the moment, Ajax is the poster child for failed procurement.” 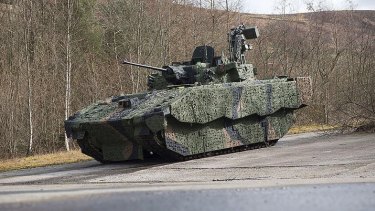 Tobias Ellwood, chairman of the Commons Defence Select Committee, added that the MoD’s “land warfare procurement has been appalling and Ajax is the icing on the cake”.

“It is the programme that everybody anticipated to be cut in the Integrated Defence Review, given the cost overruns and constant redesign, resulting in a tank so heavy it can’t be airlifted by any RAF transport without taking chunks of it off. “

“At 43 tonnes it’s heavier than any tank in the Second World War.”

An MoD Spokesperson confirmed “some training on the Ajax family of vehicles was paused as a precautionary measure”.

They said: “This is a normal measure for the demonstration phase of projects; an investigation, incorporating trials, is being carried out jointly with the manufacturer. It is inappropriate for us to comment further at this time.”

“The health and safety of our personnel is of the utmost importance and we are committed to providing a safe working environment.”