Scottish exam chaos: 25% of results are downgraded after teachers tried to give pupils the best pass rate EVER when COVID cancelled tests with other UK marks released in weeks

Exam bosses responsible for accrediting qualifications in Scotland have marked down 124,564 pupils – after ‘optimistic’ teachers tried to give them the highest results in history for their coronavirus-cancelled tests.

The Scottish Qualifications Authority downgraded the students’ marks for the exams that were not sat, changing a massive 93.1 per cent of all the moderated scores.

Chief Examining Officer Fiona Robertson said if the SQA had not stepped in exam pass rates would have risen at every level and would have been the highest on record. 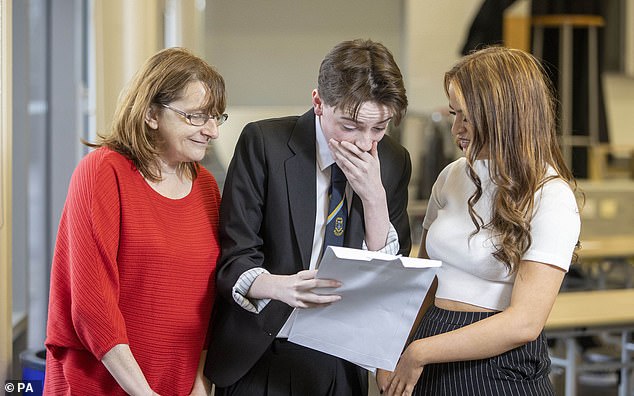 The grades – which even after moderation saw a rise in pass rates across the board – were worked out by teachers based on their pupils achievements during the year pre-Covid.

It saw the number of students accepted to university rise with 28,970 people will start in higher education this academic year after meeting the requirements for university.

Ms Robertson said: ‘There may be several reasons why estimates were above historic attainment, which has been relatively stable over time.

‘Some teachers and lecturers may have been optimistic, given the circumstances of this year, or may have believed, correctly or incorrectly, that this cohort of candidates may have achieved better grades due to a range of factors.’ 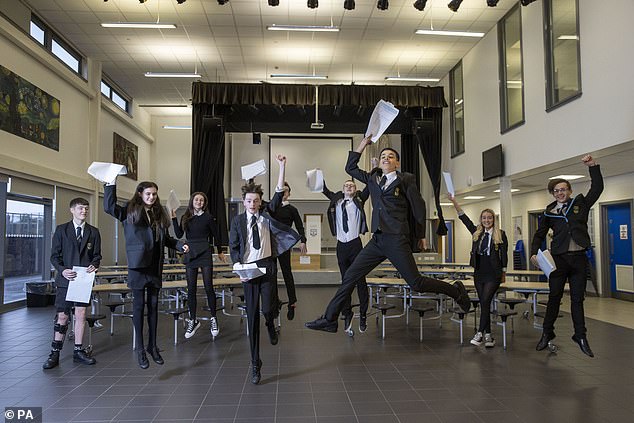 In many cases the SQA knocked down the results down a grade, with a total of 45,454 entries moderated down from grades A-C to grade D or to no award. Scottish Labour education spokesman Iain Gray said pupils should feel proud of themselves – but then took aim at the SQA.

He said: “Pass rates are up, and I congratulate all the pupils who have worked so hard, and their teachers who faced a mammoth task of assessment,” he said.

“It is clear though that too many young people have been hit hard by the SQA’s so-called moderation. Too many have seen their results lowered, often with passes turned into fails, damaging their prospects for university or college.

“Worst of all, the SQA have done this on the basis of each school’s past performance, marking the school not the pupil, and baking in the attainment gap. They were told that this would be grossly unfair and it is. The SQA have also treated teachers’ professional judgement with contempt.

“The SQA will now be deluged with appeals. I hope they are ready to deal with them properly.”

He admitted there would be an appeals process for any pupils who thought they had got unfair marks.

“I know teachers and lecturers will always want the best for their pupils but I believe that teachers have acted professionally.

“I know that learners who did not achieve what they were expecting will be disappointed, however, the SQA will be operating a free appeals process this year.

“While comparisons with previous years need to be considered carefully, given the disruption to learning this year this is a good set of results for our learners.

“As the national exams body, only the SQA can maintain the consistency and the integrity of our qualifications.

“This year, by necessity, the moderation model is different and has been subject to additional scrutiny.

“Teachers and lecturers applied their judgments against national standards and today’s data shows that three out of every four grade estimates were not adjusted by the SQA.’

Clare Marchant, the chief executive of Ucas, congratulated students who had got their results

She added: “The increase in people with a confirmed place, especially the record number from Scotland’s most deprived areas and those choosing to study nursing, should be particularly celebrated, with their achievements providing their passport into higher education.

“Universities and colleges are ready to support students in making the transition into higher education during this, the most challenging of years, with appropriate plans in place to start teaching in earnest, and student safety their paramount consideration.”