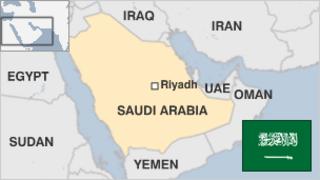 The Kingdom of Saudi Arabia is one of the main players in the Arab world.

Its stature is built on its prestige as the custodian of the birthplace of Islam, and its status as an one of the world’s largest oil producers.

Its importance as an oil exporter has made economic interdependence with the West – where the main consumer demand is found – a necessity.

This, in turn, has led to strong political and military relationships that at times have been a source of awkwardness for both sides.

It stands out for its espousal of a puritan version of Sunni Islam, including harsh punishments such as public beheadings, and its restrictions on the rights of women.

The rise of Crown Prince Mohammed bin Salman as de-facto ruler in 2017 has seen moves towards liberalising some laws and diversifying the economy, accompanied by growing regional rivalry with Iran.

The Al Saud dynasty holds a monopoly of political power. Saudi Arabia was established in 1932 by King Abd-al-Aziz and he has been succeeded by his various sons.

He has been part of the ruling group of princes for decades, and has continued the main thrusts of Saudi strategic policy – including maintaining the alliance with the United States and working towards energy market stability.

In what’s being described as a big shake-up, King Salman made his son Mohammed bin Salman first in line to the throne in June 2017.

Prince Mohammed controls all the major levers of government from defence to the economy, and has stamped his authority by carrying out high-profile purges of allegedly corrupt members of the elite.

He has also projected himself as a reformer in the ultra-conservative kingdom with a series of bold moves, including the decision to allow women to drive.

Saudi investors are major players in the pan-Arab TV industry, but the country has one of the region’s most tightly-controlled media environments.

Saudi Arabia has the highest per-capita YouTube use of any country in the world. It is reportedly home to more than 40% of all active Twitter users in the Arab region.

1932 – The areas controlled by King Abd-al-Aziz are unified under the name Kingdom of Saudi Arabia.

1960 – Saudi Arabia is a founding member of Opec (Organisation of Petroleum Exporting Countries).

1973 – Saudi Arabia leads an oil boycott against the Western countries that supported Israel in the October War against Egypt and Syria. Oil prices quadruple.

2001 11 September – 15 of the 19 hijackers involved in attacks on New York and Washington are Saudi nationals.

2011 – As ”Arab Spring” protests ripple across the region, Saudi troops participate in crackdown on unrest in Bahrain.

2015 March – Saudi Arabia launches campaign of air strikes against Houthi rebels in Yemen, beginning a long and controversial military involvement in the country.

2018 October – The killing of emigre reporter Jamal Khashoggi in the Saudi consulate in Istanbul causes an international outcry.