EXCLUSIVE: A pastor from Manitoba, Canada, who was arrested earlier this week tells Fox News he spent an extra night in prison after refusing a release condition that effectively required him to stop preaching at his church services.

Pastor Tobias Tissen of Steinbach, Manitoba, was imprisoned for two days after being arrested for a warrant issued in May related to a provincial public health order banning outdoor gatherings of more than five people.

Tissen told Fox News that his bail hearing, at first scheduled for Tuesday, was postponed after he refused the initial conditions of his release.

“They had these conditions that I wasn’t allowed to attend any gatherings that were in contravention of COVID-19,” Tissen said. “And that would automatically prohibit me from going to church and preaching. And I could not agree with that.”

Tissen had been in hiding for months before his arrest Monday, for some time only making public appearances at his Church of God Restoration in Steinbach, Manitoba, which is about an hour’s drive north of the Minnesota border.

Church of God Restoration and its congregation of less than 200 people have repeatedly made headlines during the pandemic for clashing with authorities over church gatherings. Tissen and the church have racked up tens of thousands in fines. In November 2020, Royal Canadian Mounted Police (RCMP) blocked the church’s parking lot to prevent parishioners from attending a drive-in service.

Tissen, whose family left Germany to escape its ban on homeschooling, said he was not thinking about his warrant when he and his family went to spend time together at a park in Steinbach before his mother moved to Austria the next morning.

Tissen speculated that someone had seen him at the park and reported him to police, who pulled him over on his way home and informed him he was under arrest.

According to video of the incident, Tissen explained to the RCMP officers that he would like to hug his mother goodbye because she is leaving the country. When the officer tells Tissen he will let him hug his mother if he gets in the car, he agrees.

The officer then promptly shuts the door, leaving Tissen’s mother to kiss him goodbye through the glass.

RCMP offered no comment specifically regarding how Tissen was treated during his arrest, noting only that he was arrested “without incident.”

While he was being detained at Steinbach police headquarters, church members walked around the building singing hymns. Later that night, Tissen was driven 45 minutes north to Winnipeg, where he was ultimately jailed at the Winnipeg Remand Centre.

Since the pandemic, other churches throughout Canada have faced imprisoned pastors, locked facilities, steep fines and ongoing government intrusion.

Tissen’s church was one of seven rural congregations that sued Manitoba over the lockdown orders, which a judge ruled Thursday did not violate the Canadian Charter of Rights and Freedoms.

Tissen believes Canadian authorities are “absolutely” targeting clergy, which he said “shows it’s so clear that this is a fight between good and evil, and they’re targeting those public figures that are in the lead who are fighting against the evil.”

Reflecting on his time in detainment, Tissen said, “After you sit in jail for 45 hours, you have a lot of time to think. You have no sense whatsoever of time. There is no clock in the cell. And the days drag on really, really slow.”

Tissen said he spent much of his time in prayer, during which he became convinced he had to stand up for religious freedom by refusing any condition that would forbid him from preaching or going to church.

He regards as “miraculous” that the conditions of his release were changed. The conditions to which he agreed forbid him from organizing or inciting others to gatherings in protest of COVID-19 prevention orders, but he is permitted to hold a regular religious gathering and carry out his pastoral duties. 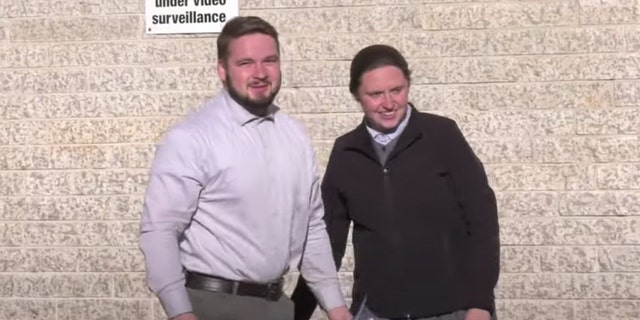 “In Ephesians, it says that we’re fighting against spiritual wickedness in high places and principalities and powers,” said Tissen. “That’s it, right now, what we see. And they’re after all of us who are giving to God what belongs to God and to Caesar what belongs to Caesar. But now, Caesar wants that which belongs to God.

“And as Christians, we just cannot. We cannot comply with that,” he added.

‘No longer just the churches’

The videos of Tissen’s arrest and release were sent out on the social media accounts of Pastor Henry Hildebrandt, who pastors the Church of God in Aylmer, Ontario.

A sister congregation of Tissen’s church, the Church of God in Aylmer has also faced continued interference from government authorities, who locked their facility in May upon the order of a judge who called the church “the crucible of contemptuous activity.”

The court continued to fine them hundreds of thousands of dollars when they took to gathering outdoors.

Echoing Tissen, Hildebrandt told Fox News, “I think they’re trying to make a strong point here, saying, ‘We don’t want churches to think they are above the government.'”

“What gives me hope is that it’s no longer the clergy, it’s no longer just the churches,” said Hildebrandt, who noted the government is now going after the frontline workers they once claimed to hold in high regard.

Earlier this month, Canadian Prime Minister Justin Trudeau rolled out one of the world’s strictest COVID-19 vaccine mandates. By Oct. 30, employees in all federally regulated industries are required to be vaccinated or face termination. Anyone over age 12 who wishes to travel by plane, train or ship must also be vaccinated. 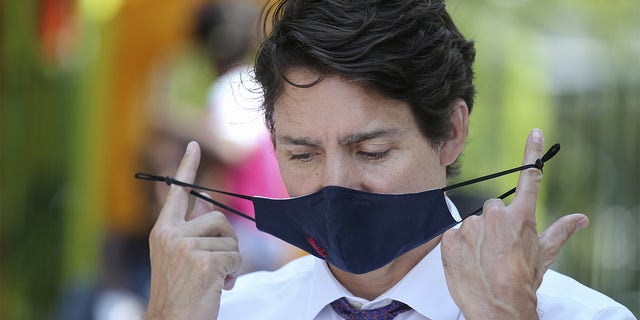 “They are now stabbing them in the back left and right, whether it’s the TSA workers, or the police, or the firemen, or the doctors, or the nurses,” Hildebrandt said.

“That gives me a lot of hope that it is affecting the general public far more than it did until now. And people who would maybe have strongly stood up for the government, thinking that they were their friends, now clearly recognize that it’s not so.” 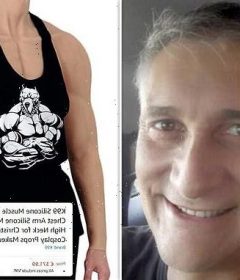