PRITI Patel this morning slapped down a Covid marshall who was trying to tell off a runner for breathing too heavily and not wearing a mask outside.

The Home Secretary insisted it wasn't necessary for people to wear a mask while they are exercising – as she promised there would be no new Covid rules brought in "today or tomorrow". 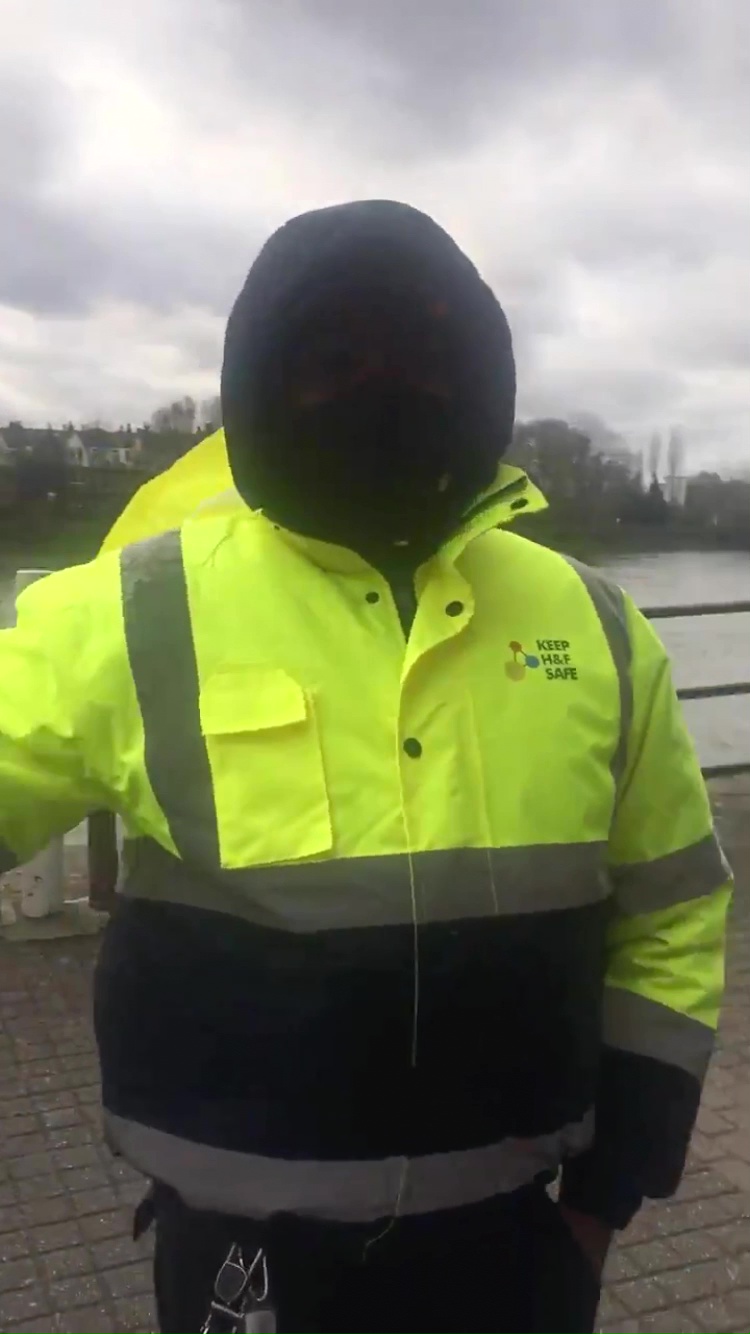 She was confronted with a video as she appeared on This Morning alongside Phil and Holly today – where a Covid marshall appeared to be rapping a jogger for taking his daily exercise.

In the film, runner Gary Purnell filmed himself being stopped by a Covid marshal as he ran along The Thames in Hammersmith, West London.

He was told that under new measures marshals were advising people not to jog there.

Mr Purnell, a writer who has regularly shared anti-lockdown posts on Twitter, insisted he was doing nothing wrong.

He protests that he's allowed one form of exercise a day under the Government's lockdown rules.

Mr Purnell says: "Why can't I run along here? Explain why we can't run?'

The marshal replies: "Because you are breathing heavily."

Mr Purnell adds: "I'm breathing heavily? You don't have to wear a mask outside. In the Government rules it doesn't say I can't run."

He responds: "I can't stop you, I can only tell you that you can't."

In the second clip, he confronts the marshal's supervisor, who says: “We are briefed to stop people. This area gets busy.” 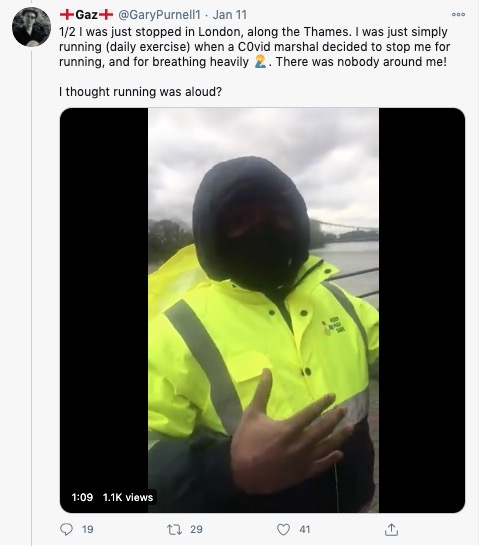 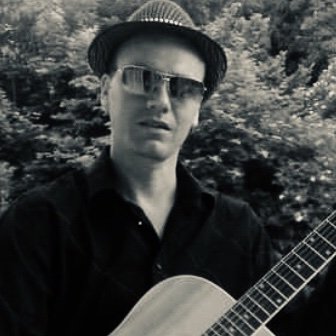 The boss says: “We are not stopping people doing exercise.”

But Mr Purnell added: “He’s just stopped me from exercising.”

The supervisor insisited: “He is not stopping you from exercising.”

You have to admit this is the most crazy thing in the world.

But the angry jogger replies: “I’ve got this recorded, he said I cannot run along the waterfront because of heavy breathing.”

Mr Purnell ends the exchange by saying: “You have to admit this is the most crazy thing in the world.”

After watching the video, the Home Secretary replied that it was perfectly legal for people to take their daily exercise, even without a mask,.

She added: "You can’t run and wear a mask, that’s not practical and not sensible.

"Exericse is a part of our health and wellbeing,it's incredibly important."

She also said there was a key difference between marshals and the police, and only cops can hand out fines.

Some 45,000 penalties have been dished out to rule breakers since the pandemic began, she said, adding "the police will continue to do that".

Ms Patel added: "We are clear in the rules – you can exercise on a daily basis but not socialise."

It comes after a video showing a woman arrested for breaching Covid rules after sitting on a bench was found to be "staged-managed" by anti-lockdown protesters, Dorset Police said.

The footage shows a woman in Bournemouth being handcuffed and led away by officers as she repeatedly tells them "I was sitting on a bench".

But police said they believed the clip was "planned, stage-managed and recorded" by members of an anti-lockdown protest group. 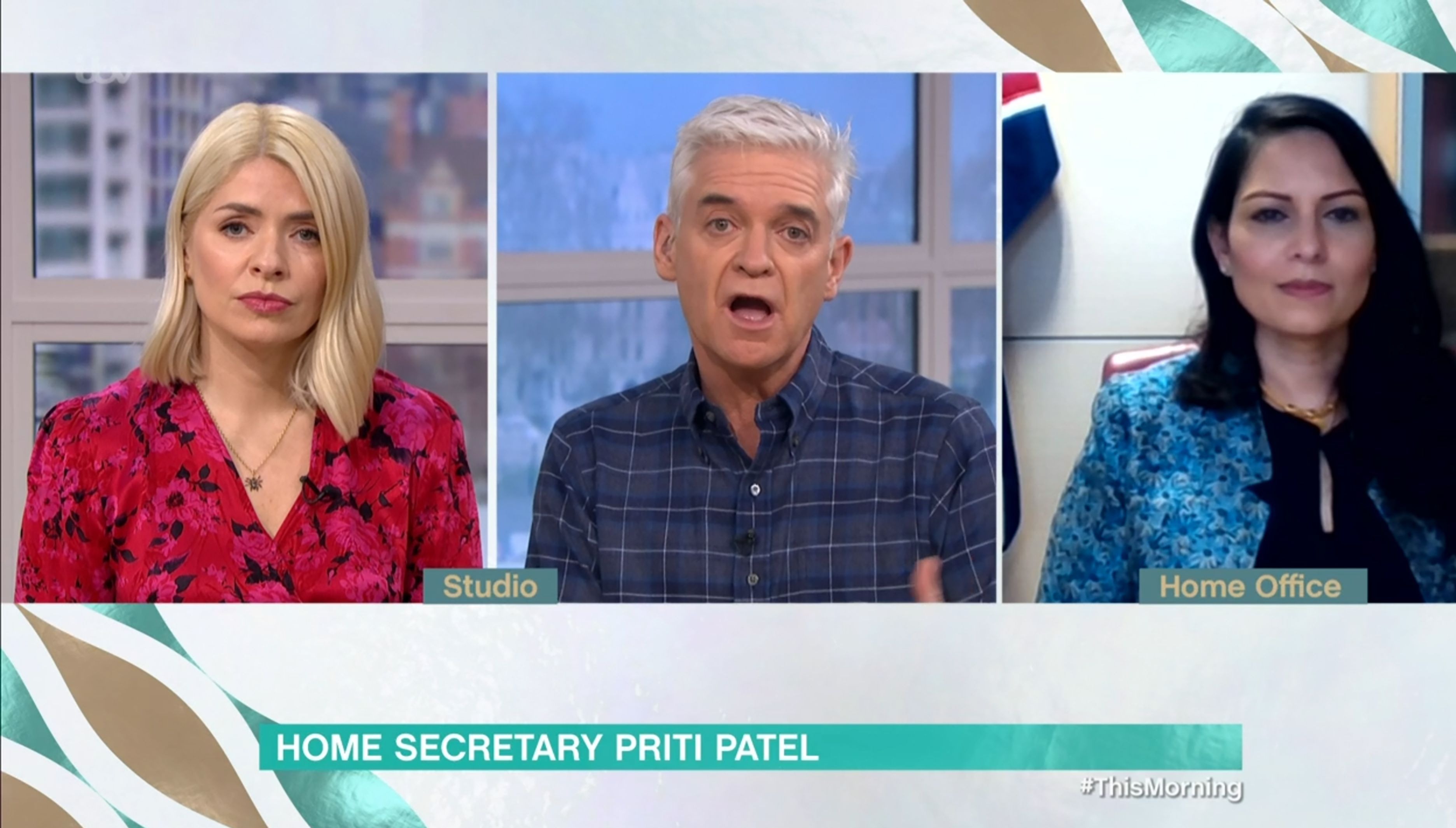 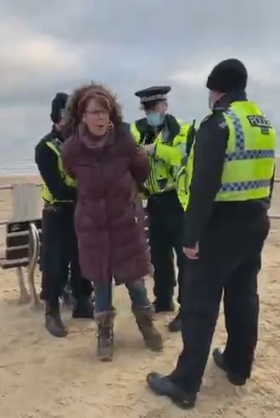 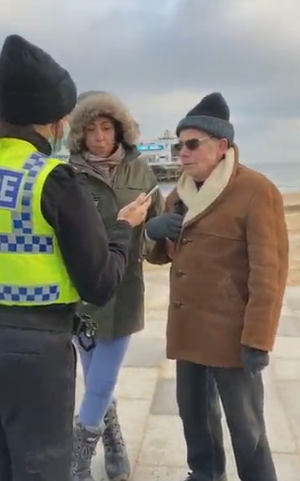