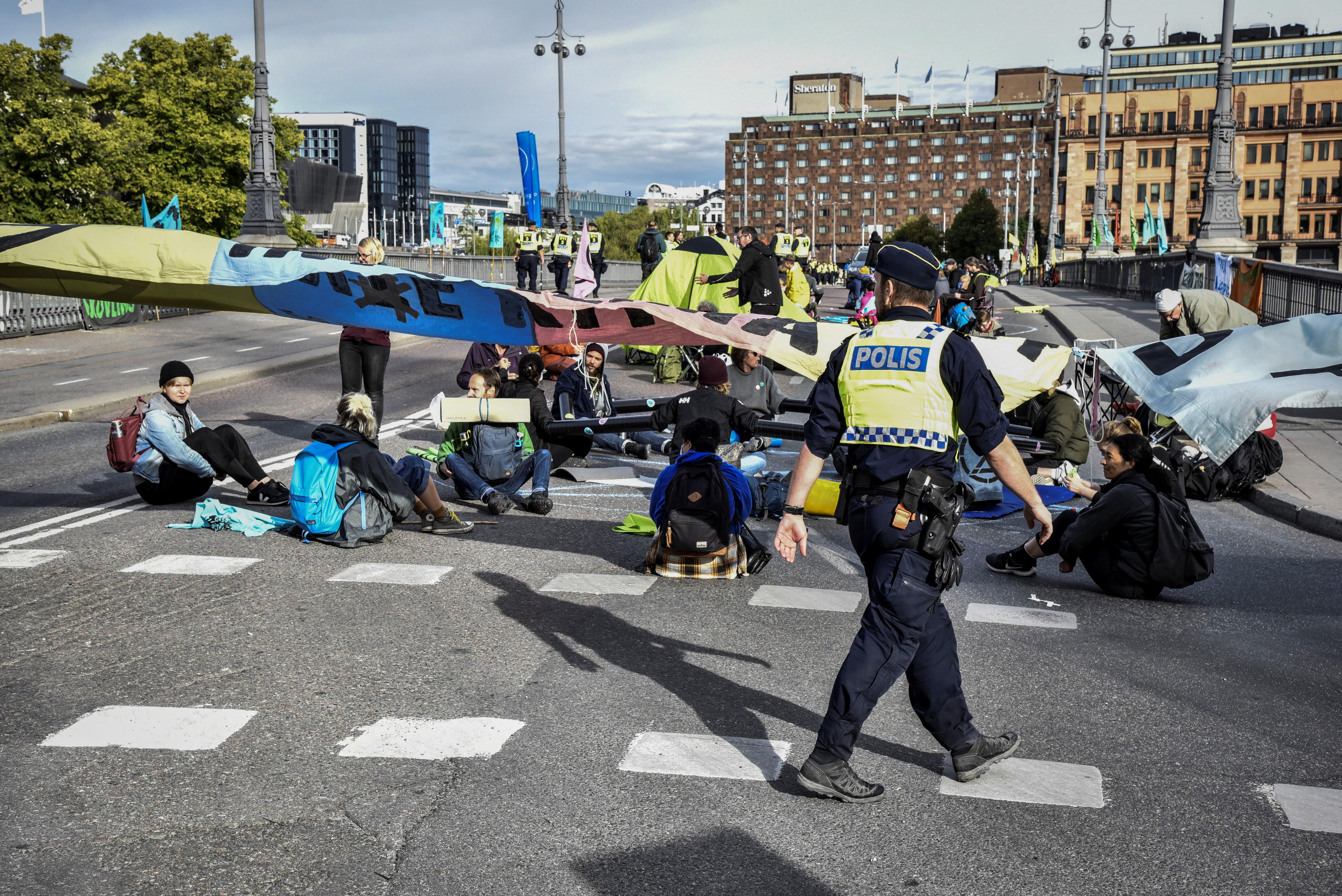 STOCKHOLM (Reuters) – Swedish police broke up demonstrations in Stockholm on Friday by climate change activists from Extinction Rebellion who had blocked two bridges in the city centre.

Police said the demonstrations exceeded the maximum of 50 people allowed to gather under rules aimed at stopping the spread of the coronavirus – but could not say how many people had gathered in total.

Daily Aftonbladet said that around 80 demonstrators had gathered on each of the bridges.

A third demonstration took place outside an office building in the west of the city.

“Overall, in all these three places, there has been no violence at all,” a police spokesman said, adding that some demonstrators had been physically removed from the two bridges.

Representatives from Extinction Rebellion said they were protesting against politicians’ failure to deal with global warming and called on the government to declare a climate emergency.

“We have had enough of broken promises and fine words,” the group said in a statement published in Aftonbladet.

“We demand that the government speak clearly, declare a climate emergency and together with other actors communicate the urgency with which we need change. We have to cut emissions, it is as simple as that.”

The government has a target of being the first fossil free developed economy with zero net emissions by 2045 at the latest.