A 19-year-old volunteer firefighter who deliberately lit nine bushfires in Perth’s east, before being called to help fight them, is free on bail until his sentencing in February.

Jude Craig Wright was arrested after setting fires in Wooroloo, Beechina, Gidgegannup and Wundowie between December 23, 2021, and January 15. 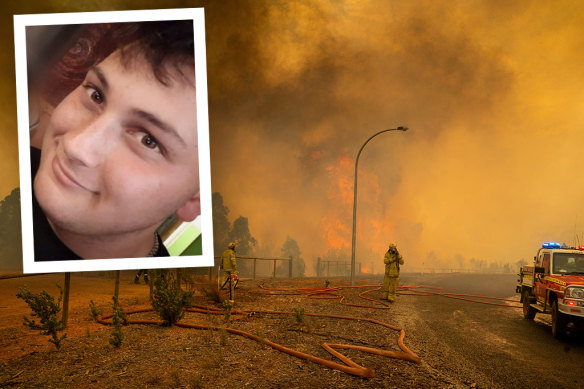 Jude Craig Wright has been granted bail and will be sentenced in February for lighting nine bushfires in Perth’s east.Credit:Getty Images/ Supplied

The fires caused widespread devastation as they burnt through farmland and destroyed a home on Boxing Day.

Wright had been a member of the Wooroloo Volunteer Bushfire Brigade for two years, and attended eight out of the nine fires he lit to help put out the blazes. He has been in custody since his arrest on January 15, and pleaded guilty to the charges against him in March.

The teenager appeared in Perth District Court on Wednesday morning for sentencing, but further psychological and psychiatric reports were ordered, and were expected to take another four months to complete.

Instead, Wright’s lawyer Max Crispe applied for bail, and said his client was having a “miserable time” in custody, where there had been a “disturbing incident” involving another prisoner.

He also described Wright was “meek and placid” and unable to defend himself, instead staying inside his cell even during recreation time.

Crispe said Wright could stay at his sister’s house in Darling Downs, more than 70 kilometres from where he set the fires, and would only leave in the company of his sister, mother, or an NDIS worker.

State prosecutor Catherine Crouch said Wright should not be granted bail because the charges were significant, and included destroying a home, which resulted in more than $1 million in damages, and damaging the Perth-Kalgoorlie Pipeline.

She said Wright was likely to receive a term of imprisonment when convicted.

Judge Natalie Whitby said Wright had ADHD, an intellectual disability, autism, and also suffered from a form of PTSD from a fire he helped fight in February 2021, all of which had made his time in custody hard. 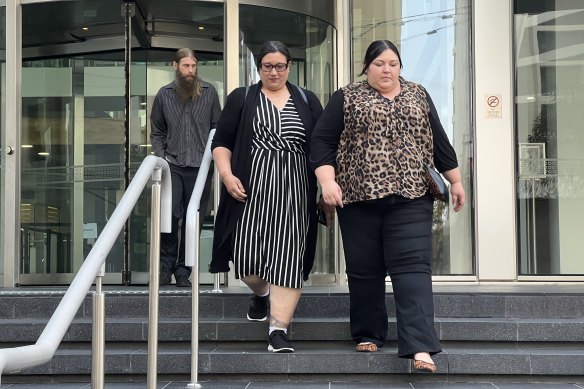 Jude Craig Wright’s family leave court on Wednesday. They were audibly relieved after hearing the news he would be released on bail.Credit:Holly Thompson

She said while he struggled with impulse control and lacked an understanding of the severity of his actions, he had also shown “no evidence of an interest in fire-setting”, according to a report, but instead an interest in fire fighting as a career.

Whitby also told the court the reports ordered would be favourable to his sentence and that it was “not inevitable” he would receive a term of imprisonment.

She granted Wright bail, under the conditions laid out by his lawyer.