People have been evacuated after a huge fire swept through Brixton market this evening, with 100 firefighters battling the blaze.

Firefighters in the capital have been called to the venue in South London after an inferno was seen raging in the iconic market hall.

Video on social media shows fire crews rushing to the area, with flames burning through the building.

In dramatic scenes, police can be seen ushering people away from the burning building as the fire takes hold in the building close to Electric Avenue.

London Fire Brigade says it has sent 15 fire engines and around 100 firefighters to battle the blaze.

There are no reports of injuries caused by the blaze or smoke at this time. 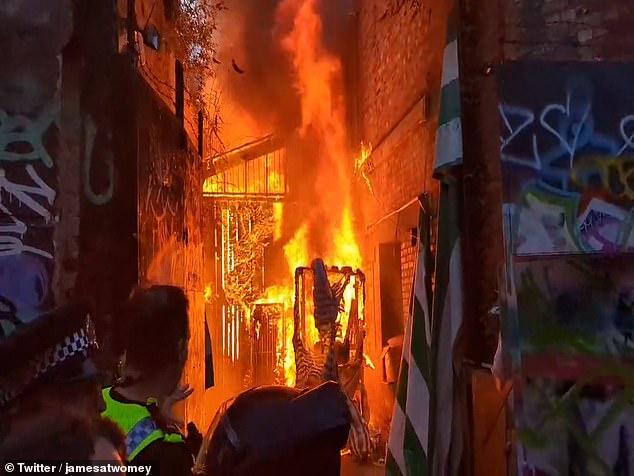 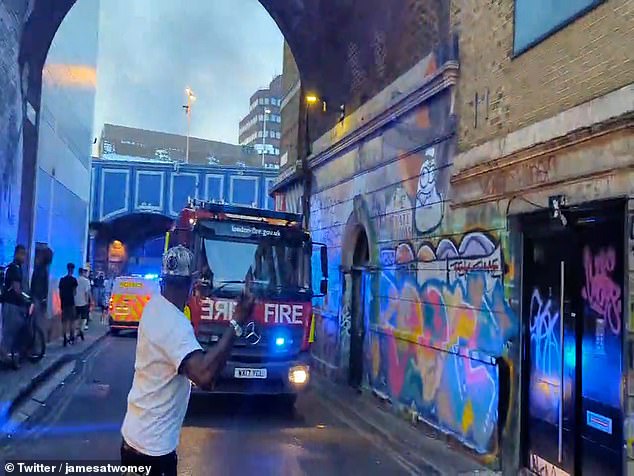 A fire engine was seen rushing to the scene of the fire, after it broke out at around 9pm tonight 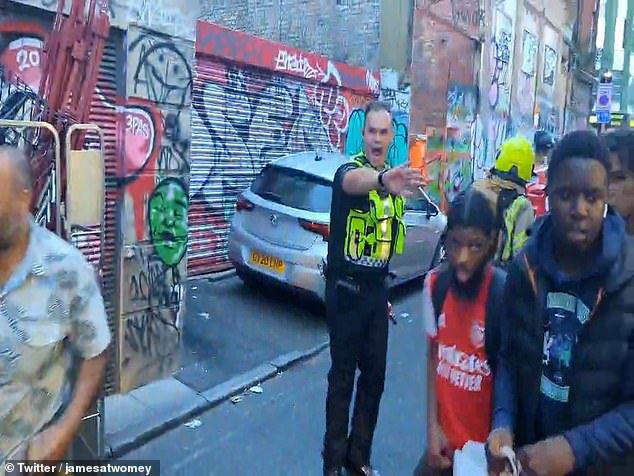 James Twomey, an editor for the South London Press, wrote on Twitter: ‘Huge fire in Brixton market right now, a worker said it is an area where items are stored for the market and people might still be in there.’

He added that police and fire crews had evacuated people from the area, while images show smoke billowing into the air.

It is reported that police have cordoned off Atlantic Avenue and Electric Avenue while firefighters deal with the incident.