Orphaned children of British ISIS fighters could be allowed home

Orphaned children of British Islamic State fighters may be allowed home from Syria after Turkey agreed to a ceasefire in its border war, it emerged yesterday.

Until now ministers are understood to have regarded any efforts to repatriate them from refugee camps as being too hazardous.

But following last week’s discovery of three orphaned siblings originally from London, Foreign Secretary Dominic Raab suggested British orphans and unaccompanied minors could be brought back to the UK. 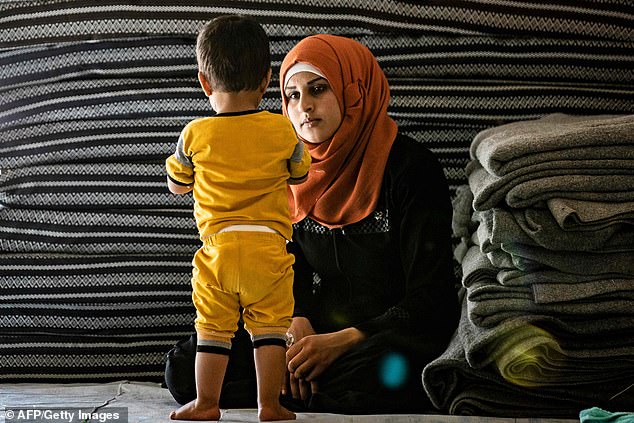 Now British officials have begun efforts to take advantage of the break in hostilities against the Syrian Kurds.

They are working with charities in the region to begin the process of moving them to safety, The Observer reported.

Boris Johnson yesterday spoke to Turkey president Recep Tayyip Erdogan on the phone, with the latter saying he was keen to meet Emmanuel Macron and Angela Merkel.

Downing Street said they agreed to look for an opportunity to meet to discuss the current situation as well as counter-terrorism and migration. 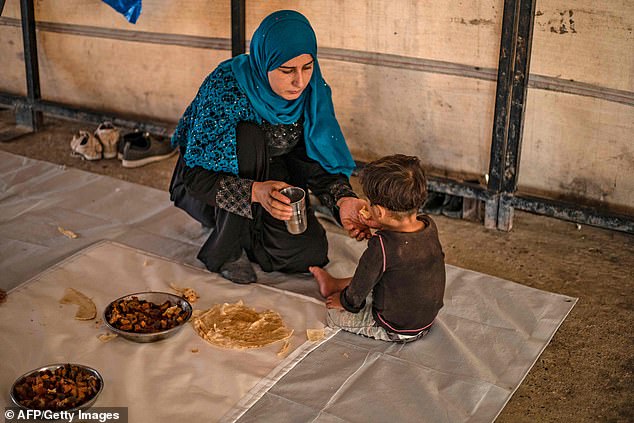 Sara al-Abdullah is a volunteer caring for 24 orphaned children linked with foreign fighters of the Islamic State (IS) group. She is pictured above feeding a child in a camp in the northern Syrian village of Ain Issa