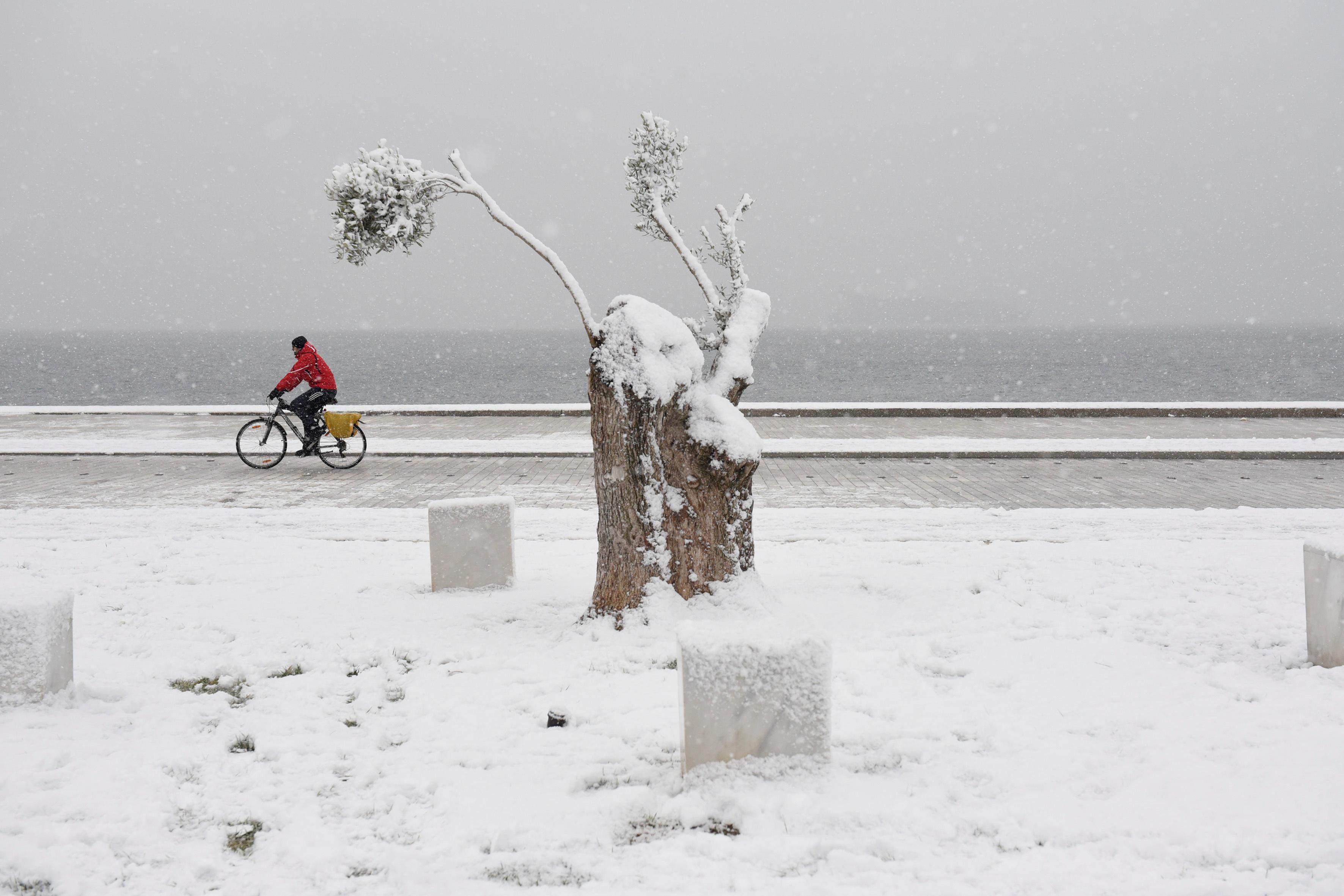 Temperatures in central and northern Greece have remained below zero for almost a week, during which time heavy snow has disrupted transport services and forced flights to be diverted in the north of the country.

The body of the 66-year-old woman was recovered from a car found overturned near a stream in Keratea, a region 45 kilometers southeast of Athens. Two men who had been in the car were unaccounted for.

“Her husband and one more man, who were in the same car, have been reported missing since Thursday when bad weather conditions prevailed in the area,” a police official said on condition of anonymity.

The Greek civil protection service has urged municipal authorities to be on the alert ahead of a further spell of cold weather expected to hit Greece on Monday.