A man who sexually assaulted four women in public places has been spared jail despite the profound impact his “despicable” crimes had on his victims.

Muhammad Khan ejaculated on three women from behind and indecently assaulted a fourth, by grabbing her backside, at street festivals in St Kilda and Brunswick, on a Melbourne tram and in a city nightclub between February 2015 and October 2019. 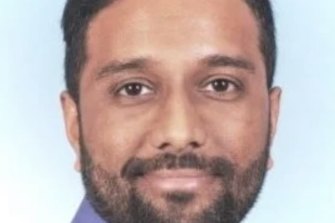 Melbourne Magistrates Court heard on Tuesday one of the women attempted suicide as she struggled to cope in the years afterwards, while another victim said anyone who threatened the safety of others belonged in jail.

“Any person who does not make other people feel safe is not someone who should be on our streets,” she said in a victim impact statement read by a police prosecutor.

Magistrate Tara Hartnett said the women were entitled to feel safe and acknowledged the effects Khan’s crimes had on them.

“This offending was bold and it was brazen. You were not known to any of them and you ejaculated on three of them,” Ms Hartnett told Khan, who appeared via a video link seated next to his wife.

“It was despicable conduct by you and purely for your own gratification.”

But Ms Hartnett resisted a call by police to jail Khan and instead put the 40-year-old father of two, from Keilor, on a two-year community correction order with conviction.

He must complete 250 hours of unpaid work and undergo a program to reduce the risk of reoffending.

Khan’s guilty plea to three charges of sexual assault and one of indecent assault, his lack of a criminal history and his remorse, the support of his family, and the treatment he had already done supported his lawyer’s submission for him to be spared prison.

A police prosecutor told the court afterwards she and colleagues would consider an appeal against the sentence.

The victims said in statements the crimes left them humiliated and shamed, while one “felt uncomfortable in my own skin as if I could never be clean again”.

That woman said Khan’s crimes had an impact on her relationships with her partner and family, that during her social isolation she abused prescription drugs and she ultimately self-harmed and attempted suicide. The offending had caused an “immense amount of suffering” for the lost years of her life.

Police wanted Khan jailed for the seriousness of his crimes and the effect on the women.

But defence counsel Amelia Beech previously argued Khan’s crimes had a big impact on him as he lost two jobs as an IT worker and regretted his offending, though he lacked insight into the effects his conduct had on the women.

Ms Beach had argued Khan’s upbringing in Pakistan and limited interactions with women meant he struggled with adapting to life in Australia when he migrated in his 20s. He grew up with four older sisters.

Ms Hartnett said there was no excuse for Khan’s behaviour but accepted he was a man of prior good character even though his offending was “at odds” with a description by his wife that he was a man of decency.

Khan’s wife wiped away tears when she heard her husband was to serve a correction order.

If you or anyone you know needs support, you can contact the National Sexual Assault, Domestic and Family Violence Counselling Service on 1800RESPECT (1800 737 732)