Footballer Neymar has claimed he was racially abused by an opponent after he was among five players sent off during Paris St-Germain’s match with Marseille that ended with a mass brawl.

The world’s most expensive player received a straight red card following an altercation with Marseille defender Alvaro Gonzalez as PSG lost 1-0 to their bitter rivals.

Neymar was heard telling officials as he walked off the pitch that he had been racially abused, with the Brazilian star later tweeting the racist term he was allegedly called. 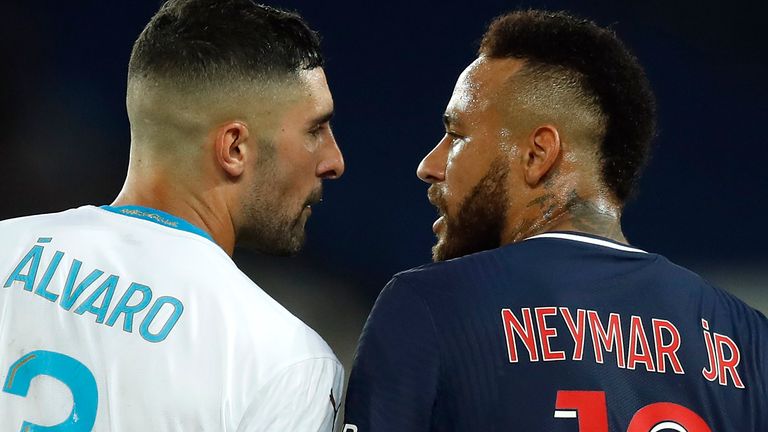 Marseille winger Florian Thauvin scored the winner in the 31st minute of a tense game which descended into chaos deep into stoppage time as punches and kicks were exchanged. 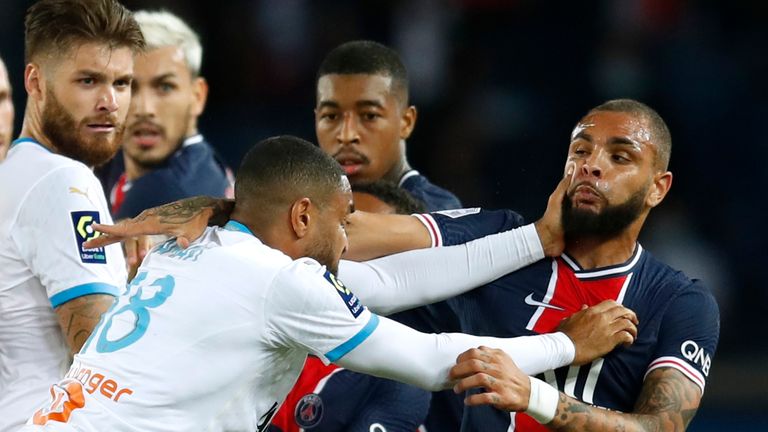 Neymar was the fifth player sent off after the referee consulted VAR, with replay footage showing the striker punch Gonzalez on the back of the head.

Asked about Neymar’s racism claim, Marseille coach Andre Villas-Boas said: “It’s a serious wrongdoing if that’s the case but I don’t think so.

“What we saw, what was visible, is that (Angel) Di Maria spat (on Gonzalez).”

After the game, PSG sporting director Leonardo said “the fight is something very serious”. 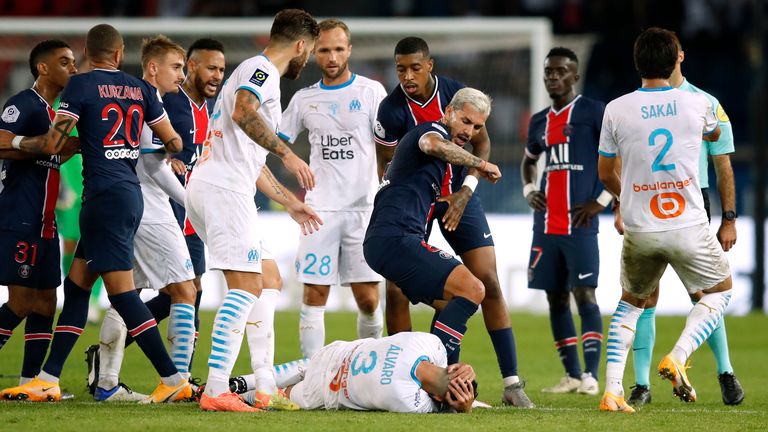 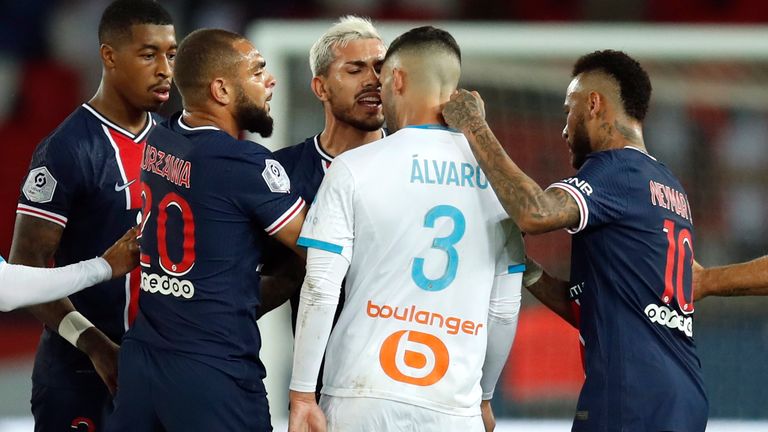 “We will deal with that internally with our players,” he said.

“We will have to look at everything to take a coherent stance but the situation is serious.” He said: “A total of 14 cards were brandished and five of them were red, which means the match got out of control.

“(Brisard) lost his head. He officiated the League Cup final but he doesn’t have the experience for this kind of fixture.” 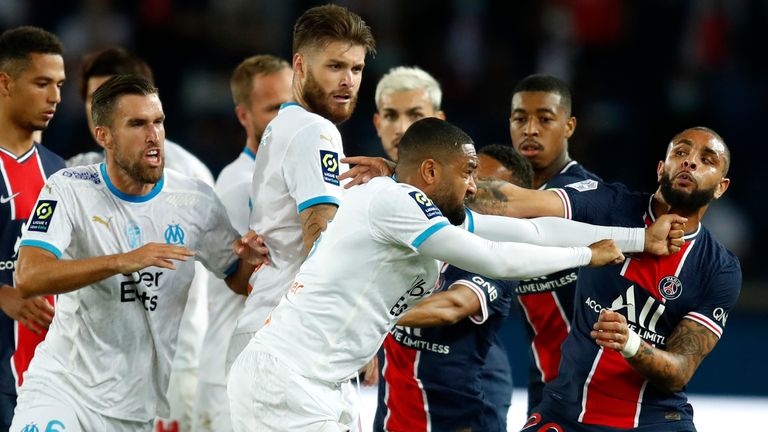 Neymar had returned to the PSG side after recovering from coronavirus.

The former Barcelona star and winger Di Maria were among six players who tested positive for COVID-19 following a trip to Ibiza soon after losing the Champions League final.

Captain Marquinhos and striker Mauro Icardi also tested positive following that trip to Spain and were not in the squad. Neither was star striker Kylian Mbappé, whose positive virus test happened on international duty with France last week.

PSG’s defeat leaves the reigning French champion without a win in their first two Ligue 1 matches and they currently sit in the relegation zone.

Marseille are fifth after a second straight win, one point behind early leaders Rennes.