New York Times could go dark next Thursday after 1,000 journalists pledged to walk out for 24 hours if their pay bump demands aren’t met

More than 1,000 union employees at the New York Times have pledged to walk out for 24 hours if the news publisher does not agree to a ‘complete and equitable contract’ by December 8.

NYT NewsGuild Unit Chair Bill Baker issued the walkout threat in a letter to Times Publisher A.G. Sulzberger and CEO Meredith Kopit Levien on Friday, a copy of which the union also posted on Twitter.

Arguing that their paychecks have been ‘eviscerated by soaring inflation’ while the company enjoys fat profits, the union members demanded ‘wages that keep up with inflation and are commensurate with the value of our work.’

At the end of last year, regulatory filings show the Times had about 5,000 workers, including roughly 2,000 in newsroom roles, meaning the walkout would leave a skeleton crew in place to maintain the Times’ website and produce the newspaper. 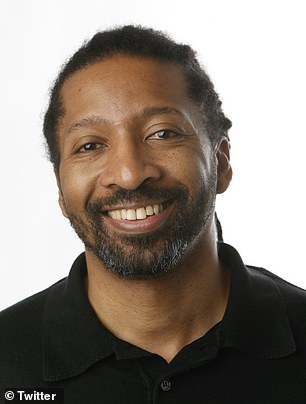 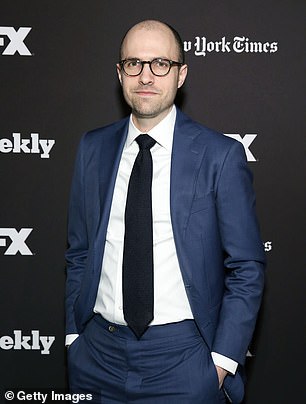 A NYT spokesman insisted the walkout would not stop the presses, telling DailyMail.com: ‘While we are disappointed that the NewsGuild is threatening to strike, we are prepared to ensure The Times continues to serve our readers without disruption.’

‘We remain committed to working with the NYT NewsGuild to reach a contract that we can all be proud of,’ the spokesperson added. ‘Our current wage proposal offers significant increases.’

But the union argues management has negotiated in bad faith, dragging out bargaining sessions for a new contract over the past 20 months.

Union boss Baker, backed by the walkout pledge, demanded ‘all-day, marathon’ bargaining sessions in order to hammer out a new deal before the December 8 deadline.

In addition to concessions on base pay and health insurance, the union is also seeking a return to more flexibility on hybrid and remote work, after all employees were ordered back into the office as pandemic restrictions eased.

A 24-hour walkout, from midnight to midnight on December 8, could severely hamper newsroom operations at the Times, which is the second-largest US newspaper by paid circulation, following the Wall Street Journal.

The New York Times building is seen in a file photo. Union employees argue their paychecks have been ‘eviscerated by soaring inflation’ while the company enjoys fat profits

During the walkout, reporters plan to picket outside the NYT headquarters in Manhattan, and the 24-hour work stoppage could be followed soon by a sustained strike, according to New York Magazine.

‘Obviously the next step, if we can’t get anywhere at the negotiating table, is to consider things like a strike authorization vote,’ reporter Michael Powell told the outlet.

He added that ‘none of us want to step into the terra incognita if this isn’t seen as a significant warning shot.’

In March, a group of nearly 600 tech employees at the New York Times voted to unionize as the company faced claims it unlawfully interfered with labor organizing.

Now, Times staffers are particularly upset due to the perception that the company and upper management are rolling in cash, and not sharing enough of the profits.

Regulatory filings showed he took home $3.6 million last year, up 50 percent from $2.4 million the prior year. 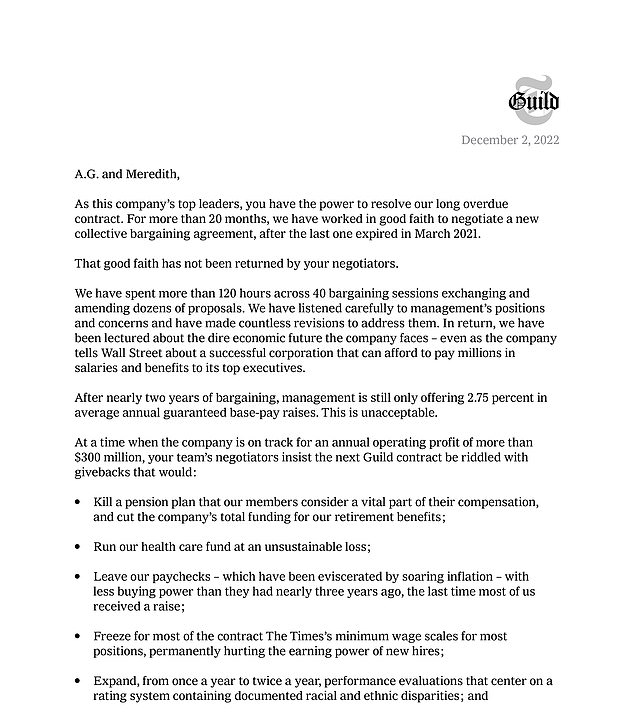 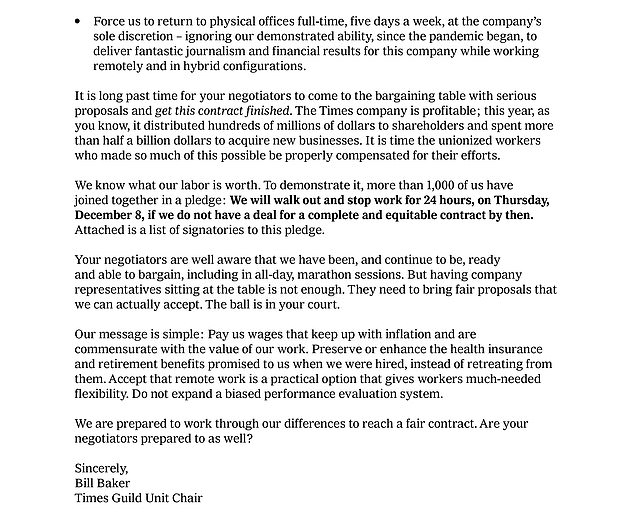 But Times management insist that their contract offers have been generous.

‘The majority of members of the bargaining unit would earn 50 percent or more in additional earnings over the life of the new contract than they would have if the old contract had continued,’ the NYT spokesperson told DailyMail.com.

‘For additional context, under our latest proposal, a reporter in the union making $120,000, which is slightly below the median base salary in the unit, would get about $33,000 in additional earnings during the life of the new contract — or 57 percent more than if the old contract had continued,’ the statement said.

‘A reporter in the union making $160,000 would get about $44,000 in additional earnings during the life of the new contract or 108 percent more than if the prior contract had continued.’