A suspected killer who was mistakenly released from a Florida county jail in May amid confusion over his charges was captured Wednesday evening in Georgia, authorities said.

Eric Vail, 28, was arrested in January in connection with the murder of 27-year-old Wadarius Harrius, who was found fatally shot in a pickup truck in Pembroke Park in October 2018. 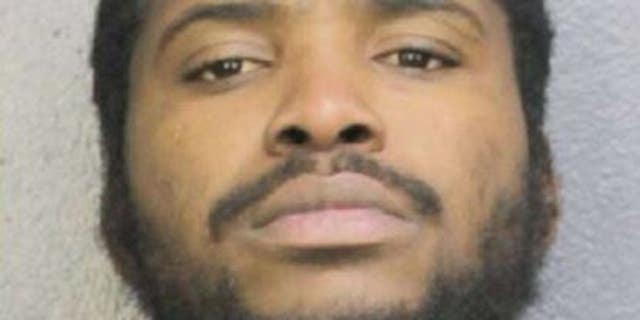 Eric Vail was released from jail earlier this year amid a mix-up over his charges.
(Broward County Sheriff’s Office)

Vail was initially charged with second-degree murder. In May, that charge was dismissed and upgraded to first-degree murder. The Broward County Sheriff’s Office said it was told the initial charge had been dismissed and didn’t know vail was being held for anything else.

“We did not have and have not yet located any documentation stating the subject was to be held on another charge,” spokesperson Keyla Concepcion told WSVN in a statement. “Our main priority at this time is to locate and apprehend this dangerous criminal.”

Vail was arrested Wednesday night at a mobile home Jesup, a small town in Georgia about 70 miles southwest of Savannah, WPLG reported.

The sheriff’s office said multiple law enforcement agencies assisted in tracking down Vail’s whereabouts. Vail will be extradited to Broward County to face one count of first-degree murder.