Moonshot meaning: What is Moonshot testing?

THE ambitious coronavirus testing programme aims to cover the entire population of the UK in a week.

So what else do we know about Downing Street’s Operation Moonshot? 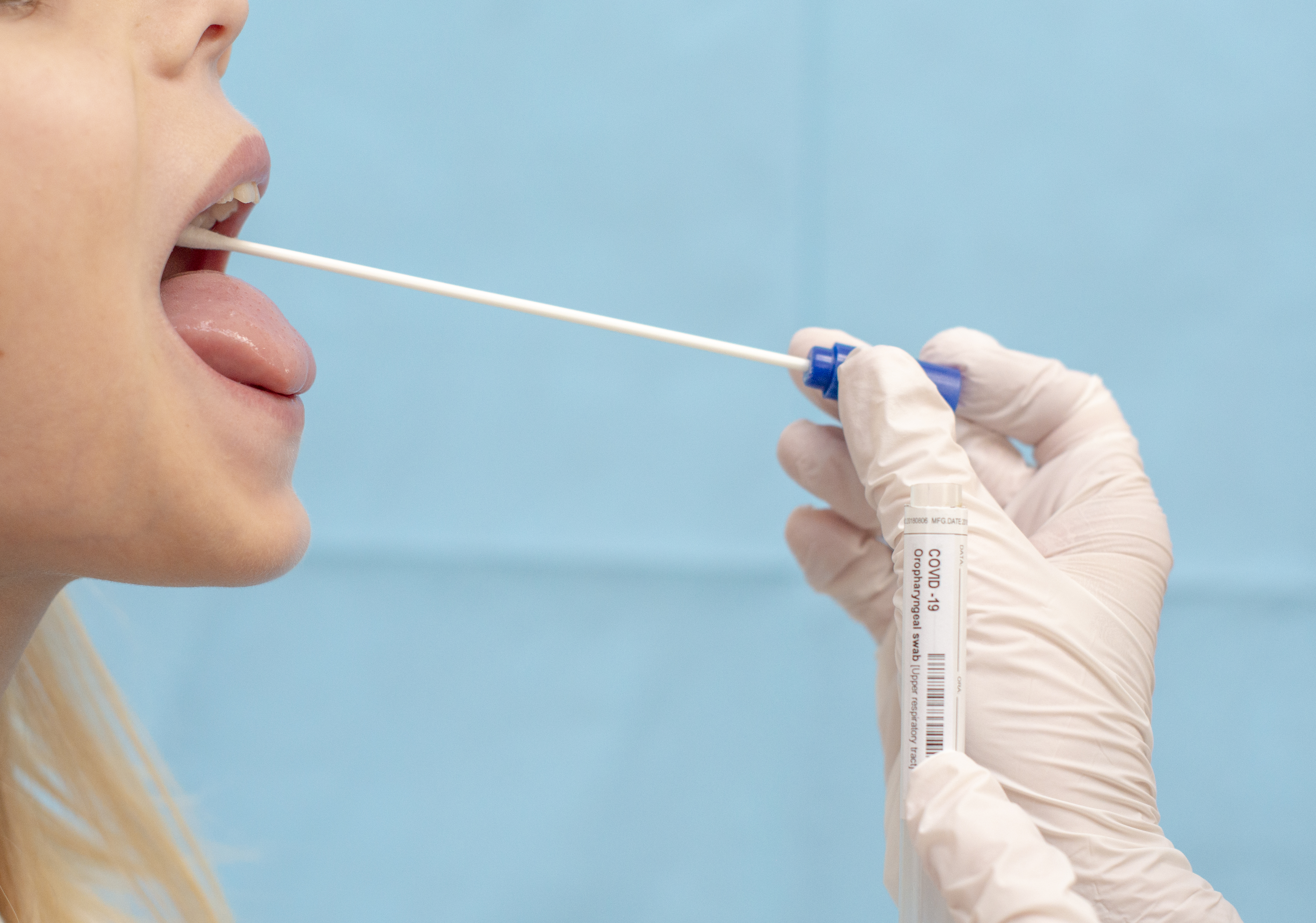 What is Moonshot testing?

Moonshot testing is a new technology which promises to deliver coronavirus test results in just 15 minutes at a cost of £100billion.

It would take the form of mass at-home testing and could see up to 10 million tests carried out every day from the comfort of people's own homes.

The test would not need to be processed in a lab to be developed, so that users get their results in a matter of minutes rather than days.

Similar to a pregnancy test, the saliva test would eliminate the need for people to travel – sometimes long distances – to testing centres before returning home to wait for the result.

The aim of the tests is to start fully reopening society and getting the economy up and running even before a Covid vaccine has been developed.

Under the plan, Brits would swab themselves in the morning and be given a 24-hour pass to mingle without having to stick to social distancing rules.

A person could prove they had tested negative by either electronically presenting their result, or showing a printed card.

The tests will be trialled in the Covid hotspot of Salford from next month.

However it comes with a steep price tag almost as much as NHS England's £114billion budget in 2018/19. 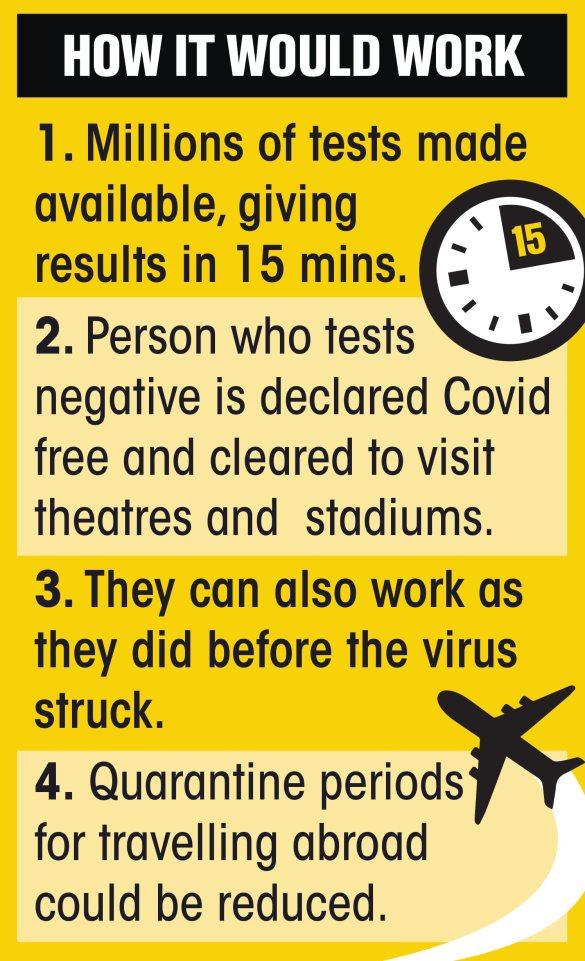 What does Operation Moonshot mean?

The programme name is referencing the term "moonshot" used commonly in a technology context.

A moonshot is an ambitious, exploratory and ground-breaking project undertaken without any expectation of near-term profitability or benefit.

The term also refers to a project that does not fully investigate the potential risks and benefits.

What did Boris Johnson say about the new coronavirus plan?

Previewing the plans, Prime Minister Boris Johnson  said the programme would allow Covid-negative people to "behave in a more normal way in the knowledge they can't infect anyone else with the virus".

He said a negative result would give Brits a “freedom pass” — allowing people to mingle like they did before Covid.

He also believes the scheme could help sport and entertainment venues reopen fully and allow people to socially mix in large groups again with on-the-day tests.

The PM said on September 9: “Our plan will require a giant, collaborative effort from government, business, public health professionals, scientists, logistics experts and many, many more.

“Work is underway — and we will get on at pace until we get there, round the clock. We are hopeful this approach will be widespread by the spring.” 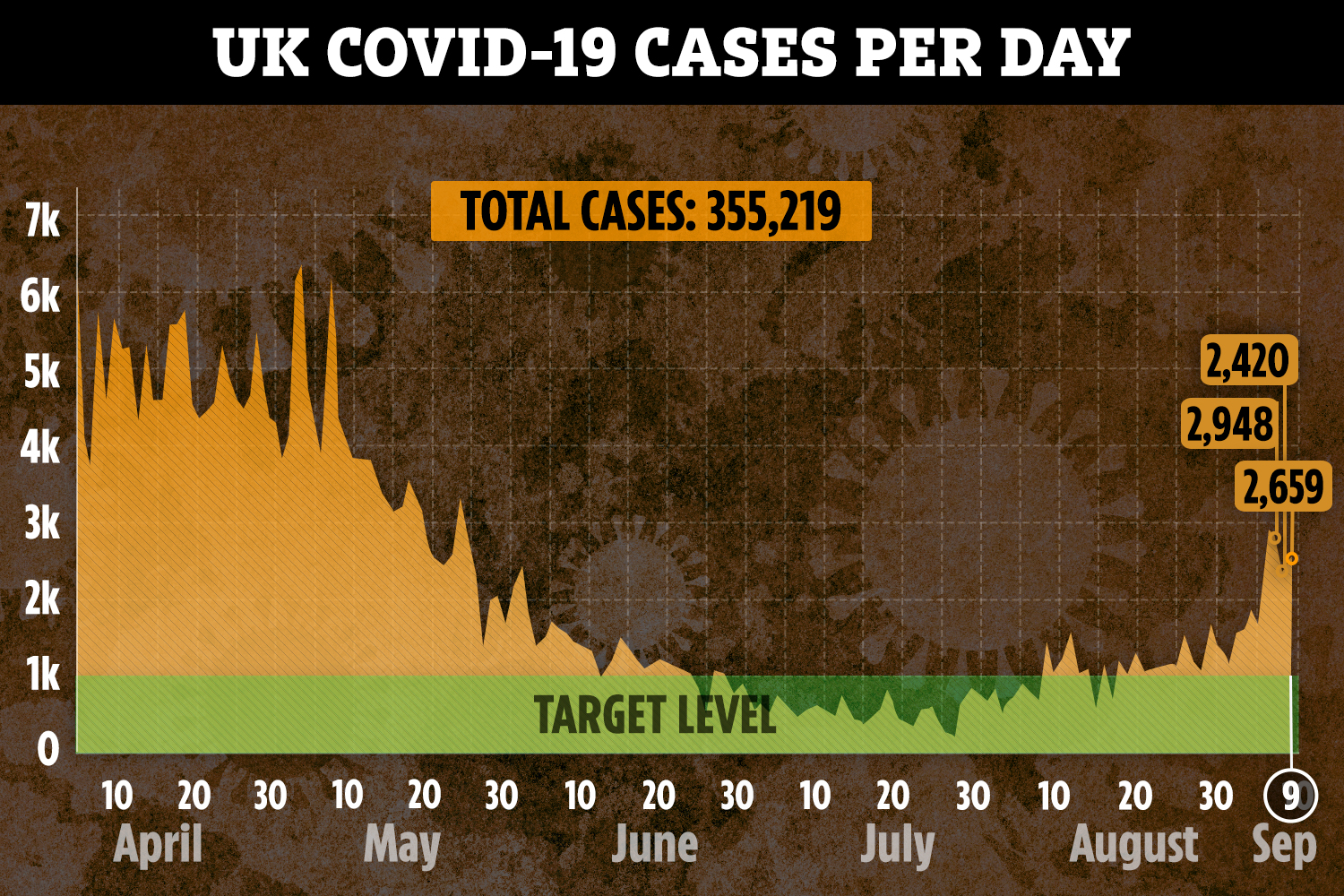 But Transport Secretary Grant Shapps admitted that the new tech wasn't ready yet.

He told Sky News on September 10: "This is technology that, to be perfectly blunt, requires further development – there isn't a certified test in the world that does this but there are people that are working on prototypes."

He added: "We know this isn't simple to achieve, but we hope it will be possible through technology and new tests to have a test which works by not having to return the sample to a lab."

Scientists have warned that, as yet, a reliable at-home test has yet to be developed – meaning that it will be some time before we can rely on it to help us return to normal.

Chief scientific adviser Sir Patrick Vallance also said: "There are prototypes which look as though they have some effect, but they've got to be tested properly.

"We would be completely wrong to assume this is a slam dunk that can definitely happen."

And after that ministers want to roll out mass testing to everyone as soon as it's possible.