Want climate news in your inbox? Sign up here for Climate Fwd:, our email newsletter.

Moody’s Corporation has purchased a controlling stake in a firm that measures the physical risks of climate change, the latest indication that global warming can threaten the creditworthiness of governments and companies around the world.

The rating agency bought a majority share in Four Twenty Seven, a California-based company that measures a range of hazards, including extreme rainfall, hurricanes, heat stress and sea level rise, and tracks their impact on 2,000 companies and 196 countries. In the United States, the data covers 761 cities and more than 3,000 counties.

“We are taking these risks very seriously,” said Myriam Durand, global head of assessments at Moody’s Investors Service, who said the purchase would allow its credit analysts to be more precise in their review of climate related risks. “You can’t mitigate what you don’t understand.”

The purchase is the latest in a series of moves by rating agencies to better account for the effects of climate change on the ability of governments to pay back the money they borrow by issuing bonds. Global warming can threaten that ability in a variety of ways.

Sudden shocks such as floods, wildfires or storms can hurt businesses and send residents fleeing, taking away the tax revenue that governments use to pay their debts. And longer-term threats — such as rising seas or higher temperatures — can make those places less desirable to live in, hurting property values and, in turn, the amount raised by taxes.

Rating agencies translate those risks, along with more traditional factors such as a government’s cash flow and debt levels, into a credit rating, which communicates to investors the odds that a government will be unable to repay its bondholders. Lower ratings generally mean that borrowers need to offer investors a higher return to account for that risk.

Following a string of deadly hurricanes and wildfires in 2017, Moody’s, along with S&P Global and Fitch Ratings, issued reports warning state and local governments that their exposure to climate risk could affect their credit ratings.

Still, the agencies have so far been reluctant to follow through on that threat. There have been few examples of cities or counties getting a lower rating because of climate risks. And some of the coastal communities that are most exposed to global warming have continued to receive AAA scores, the highest possible rating.

Yet the investors who buy those bonds have taken notice of those threats. Investors’ odds of citing climate change as important to the municipal bond market tripled between 2018 and 2019, from 6 percent to 19 percent, according to Smith’s Research & Gradings. More than half of investors surveyed said that state and local governments were “hardly prepared” for climate change.

In response, investors have pushed the rating agencies to be more transparent about how they incorporate climate risks. Some of those investors praised the move by Moody’s, saying it showed the agency is taking climate change seriously.

Eric Glass, a portfolio manager at Alliance Bernstein, called the purchase “a step in the right direction.”

“Moody’s clearly drew the conclusion that they don’t have the internal expertise and have gone outside to secure it,” Mr. Glass said.

Neuberger Berman, an asset management company that has criticized rating agencies for not doing enough to consider climate risk, also praised the move.

“We look forward to 427’s physical climate risk data being reflected in credit ratings,” said Jonathan Bailey, head of environmental, social and governance investing for Neuberger Berman in an email.

For local officials in places most exposed to climate risks, the increased attention to these concerns will mean ever harder questions when they want to issue bonds, according to Adam Stern, senior vice president and co-head of research at Breckinridge Capital Advisers.

“The degree of disclosure is going to have to get better,” Mr. Stern said. “The demand for this kind of information does plainly seem to be growing.” 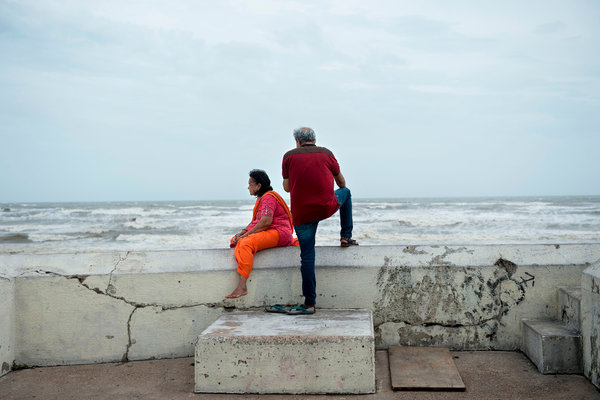 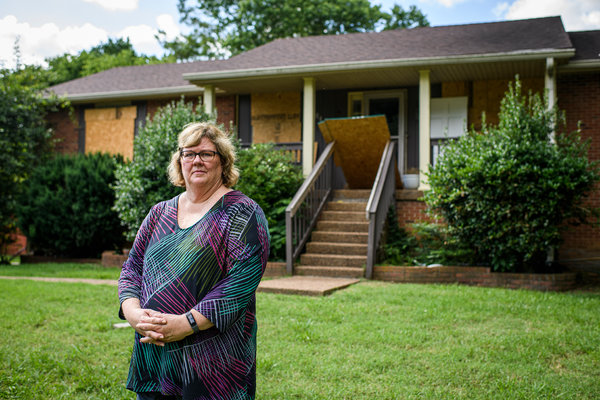 There are steps that officials can take to cut their odds of climate related downgrades. Moody’s has said that cities and counties with plans for reducing their exposure to climate risks, by updating their infrastructure for example, could see their ratings improve as a result, or at least not deteriorate.

The result could be a spur to action for cities and counties that have so far overlooked the risks of climate change, according to Jesse Keenan, a faculty member at Harvard’s Graduate School of Design who advises governments on climate adaptation. He said the data produced by Four Twenty Seven can help governments know what steps are most likely to reduce the physical risks associated with climate change.

Still, some cities face climate threats so severe that there’s not much they can do to alleviate it, said Mr. Stern, of Breckinridge. The looming problem for rating agencies, and for investors in general, is what to do then.

“How do you deal with an issuer that is doing everything you would think they should be doing, but nonetheless has a long-term risk profile such that the die may be cast?” Mr. Stern asked. “The market is nowhere near being able to price those risks.”

Christopher Flavelle covers climate adaptation, focusing on how people, governments and businesses respond to the effects of global warming. @cflav