MEXICO CITY (Reuters) – Gearing up for a key election next year, Mexican President Andres Manuel Lopez Obrador has wielded corruption as both a stick with which to beat political adversaries, and a lightning rod to deflect criticism from his record in office. 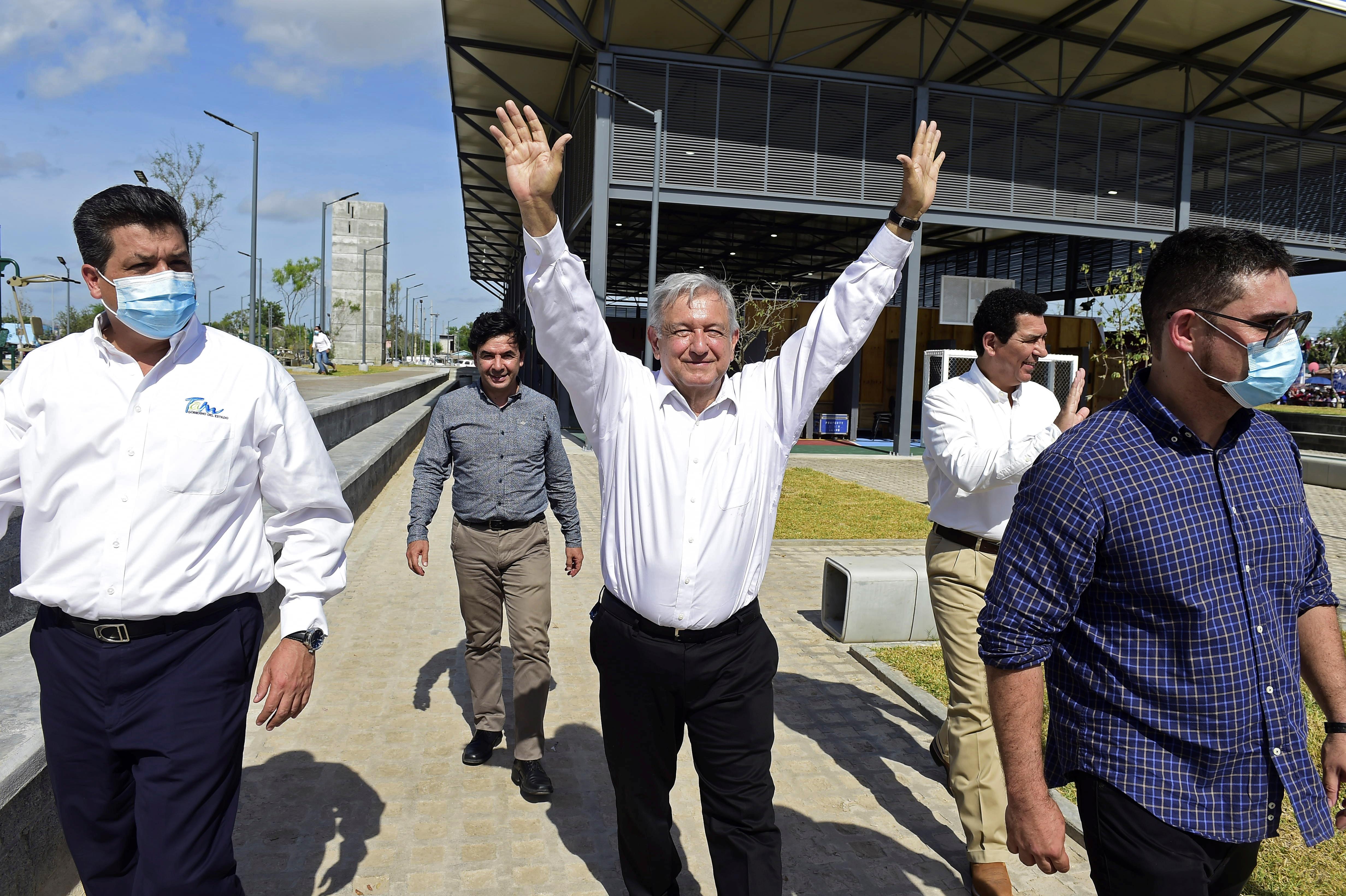 Now, videos of his brother receiving cash from a political ally have cast doubt over Lopez Obrador’s upright image, undermining his argument that entrenched corruption has fed chronic gang violence and held back Mexico’s misfiring economy.

The coronavirus pandemic has plunged Mexico into its worst slump since the Great Depression, and the road to recovery looks long and hard with the central bank forecasting gross domestic product (GDP) could shrink by almost 13% this year.

Firing up his base ahead of congressional elections next June by raking through allegations of graft by Mexico’s past leaders, Lopez Obrador has proposed twinning the vote with a referendum on whether to allow ex-presidents to be impeached.

“These are the two competing narratives: corruption versus economic crisis,” said Francisco Abundis, head of Mexican polling firm Parametria. “I think this is going to be what takes us into 2021. And I’m not sure which one will prevail.”

If Lopez Obrador loses the lower house of Congress, he may struggle to roll back the opening of the oil and gas market enacted by his predecessor, which he argues was mired in graft.

To fend off that risk, he is using the trial of Emilio Lozoya, a former boss of state oil company Petroleos Mexicanos (Pemex) charged with bribery and money laundering, to air allegations against former presidents and their business allies.

Polls suggest voters want to see past leaders face justice for what Lopez Obrador casts as decades of rigging the economy in favor of private interests at the expense of the people.

The crusade against corruption has buttressed his approval ratings, which, while down from the peaks of his first few months, remain well above 50% in most polls.

Nevertheless, his carefully cultivated persona as a scourge of corruption suffered a blow last week with the publication of videos from 2015 showing one of his brothers receiving cash from a man who later served in Lopez Obrador’s government.

Though he ordered the two to be investigated, Lopez Obrador described the video leaks as an act of revenge by adversaries angered by his efforts to clean up government.

Portraying the cash as grass-roots donations to his cause of social transformation, Lopez Obrador said the incident was incomparable to the scale of corruption he was tackling.

That explanation was not good enough for Adrian Gonzalez, a Mexico City lawyer who said he felt “betrayed” after voting for Lopez Obrador in 2018 and would not be doing so again.

“It’s hypocrisy,” the 34-year-old said. “If you’re going to tackle corruption, you need to set an example.”

Although it is gaining in importance, graft is not even the main worry of many voters. A Parametria poll in late July said 43% of respondents saw the economy as Mexico’s biggest problem, versus 16% who chose corruption.

Lopez Obrador’s threats to tear up business contracts awarded by past governments have helped to crimp investment from companies that could lift the economy, contributing to a recession even before the pandemic began.

Opposition politicians are pitching themselves as a more modern alternative to Lopez Obrador’s economic agenda, which has sought to reassert state control of key areas like energy.

Ildefonso Guajardo, a former economy minister aiming to become governor of the northern state of Nuevo Leon next year, urged local authorities to take the lead on business development because they could no longer rely on the same federal support.

“You’ve got to make use of all you can at state level to stop this precipitous economic decline,” said Guajardo, who led Mexico’s renegotiation of the North American Free Trade Agreement under the previous government.