VALLETTA (Reuters) – Malta’s Prime Minister Joseph Muscat said on Friday he was ready to resign if implicated by official inquiries into a mystery Dubai firm and its links to companies set up in Panama by his chief of staff and former energy minister. 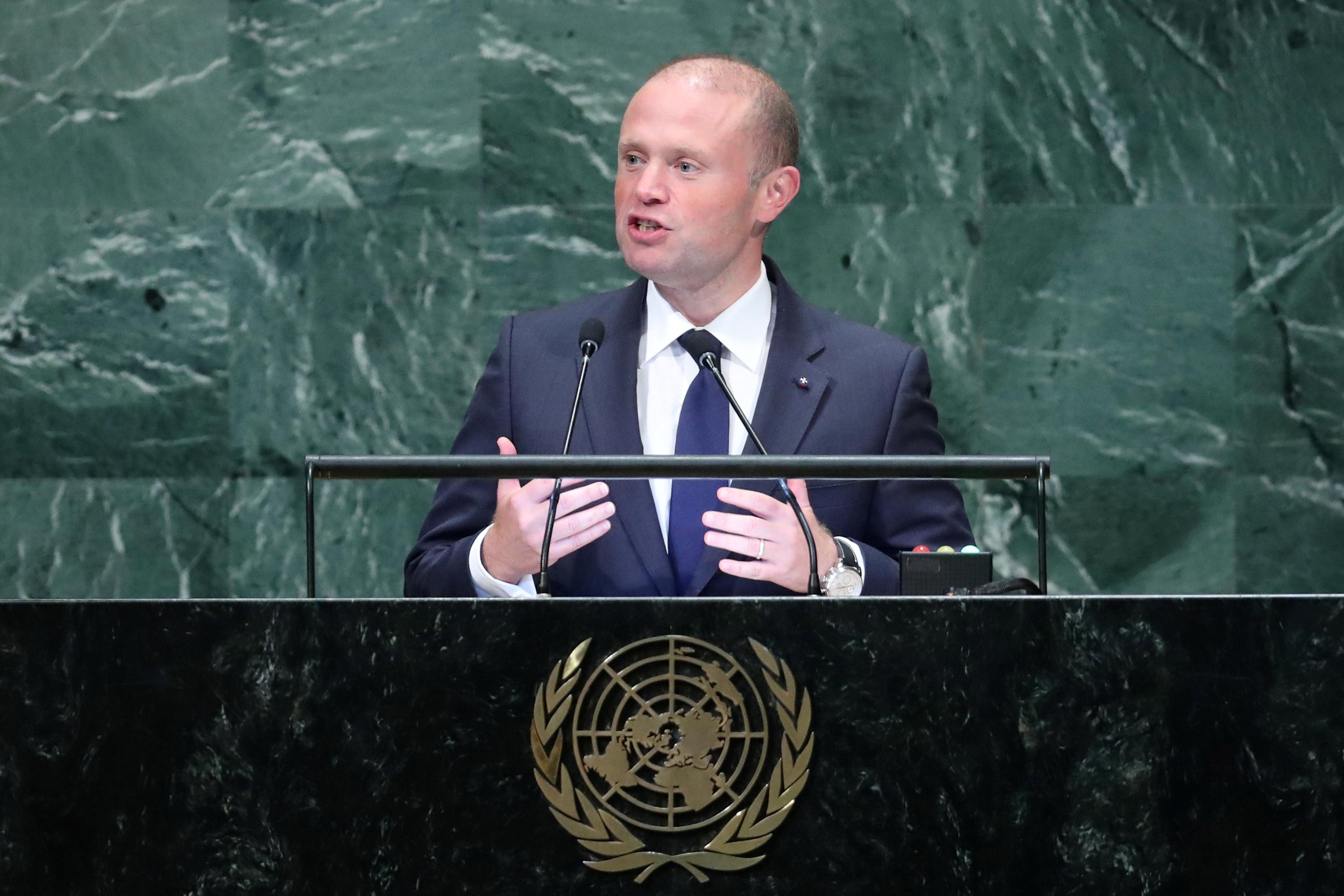 Asked about related revelations in articles by Reuters and the Times of Malta on Nov. 9, Muscat said he had never questioned his aide, Keith Schembri, about the matter.

“My chief of staff was involved in the business world. I do not get involved in his business affairs,” he said.

The two articles shed light on a mystery company in Dubai known as 17 Black that accountants for Schembri and ex-energy minister Konrad Mizzi – who is currently tourism minister – had named as a potential source of revenues of up to $2 million for the two men’s Panama companies.

17 Black was first identified by a Maltese journalist, Daphne Caruana Galizia, who was murdered last October. No evidence has emerged that connects her death to any of her journalism.

Through her knowledge of the “Panama Papers” – thousands of documents leaked from Panama-based law firm Mossack Fonseca – Caruana Galizia discovered that Schembri and Mizzi had taken control of the companies in Panama after they had taken office.

The Reuters Nov. 9 article, citing three sources and documentary evidence, revealed that authorities in Malta and the United Arab Emirates had identified the owner of 17 Black as Yorgen Fenech, director and shareholder of a business group that in 2013 won a concession to build a 450 million euro ($517 million) gas power station on Malta.

Fenech, Mizzi and Schembri have denied any wrongdoing.

In written response to Reuters questions last month, Mizzi denied any knowledge of 17 Black. Schembri, in a previous statement in April, confirmed that 17 Black had figured in a business plan that never went ahead.

Fenech denied any wrongdoing or knowledge of Mizzi or Schembri’s Panama companies. He declined to confirm or deny if he owned 17 Black.

“Political responsibility would have been shouldered in any other civilized, Western country,” Nationalist Party leader Adrian Delia said.

But Muscat said he would await the results of an official inquiry that will examine the Panama companies and 17 Black. That judicial inquiry is currently stalled pending legal action to block its work, from among others, Muscat himself.

Muscat said his legal action was not to oppose the inquiry itself. “My appeal was because I was being mentioned in something I have no involvement in.”

In further written comments to Reuters, Muscat’s spokesman, Kurt Farrugia, on Friday night indicated, without giving further detail, that there were further inquiries into 17 Black under way, in addition to the stalled judicial probe.

“Irrespective of the status of these appeals we understand that there are several ongoing investigations into matters relating to 17 Black. These are not being impeded in any way and the appeals mentioned above do not stop the matter being investigated by these other investigations.”

Asked if he would resign if any proof of wrongdoing was found, Muscat said: “I am ready to resign if the inquiry finds any wrongdoing on my part. Without a doubt. I am awaiting the outcome of the inquiries and investigations with regards to the persons you mentioned, then I will take decisions from there.”