BANGKOK (Reuters) – The funeral of Thai billionaire and Leicester City owner Vichai Srivaddhanaprabha, killed in a helicopter crash a week ago, got underway at a Bangkok temple on Saturday with a Buddhist bathing rite using water bestowed by the Thai King. 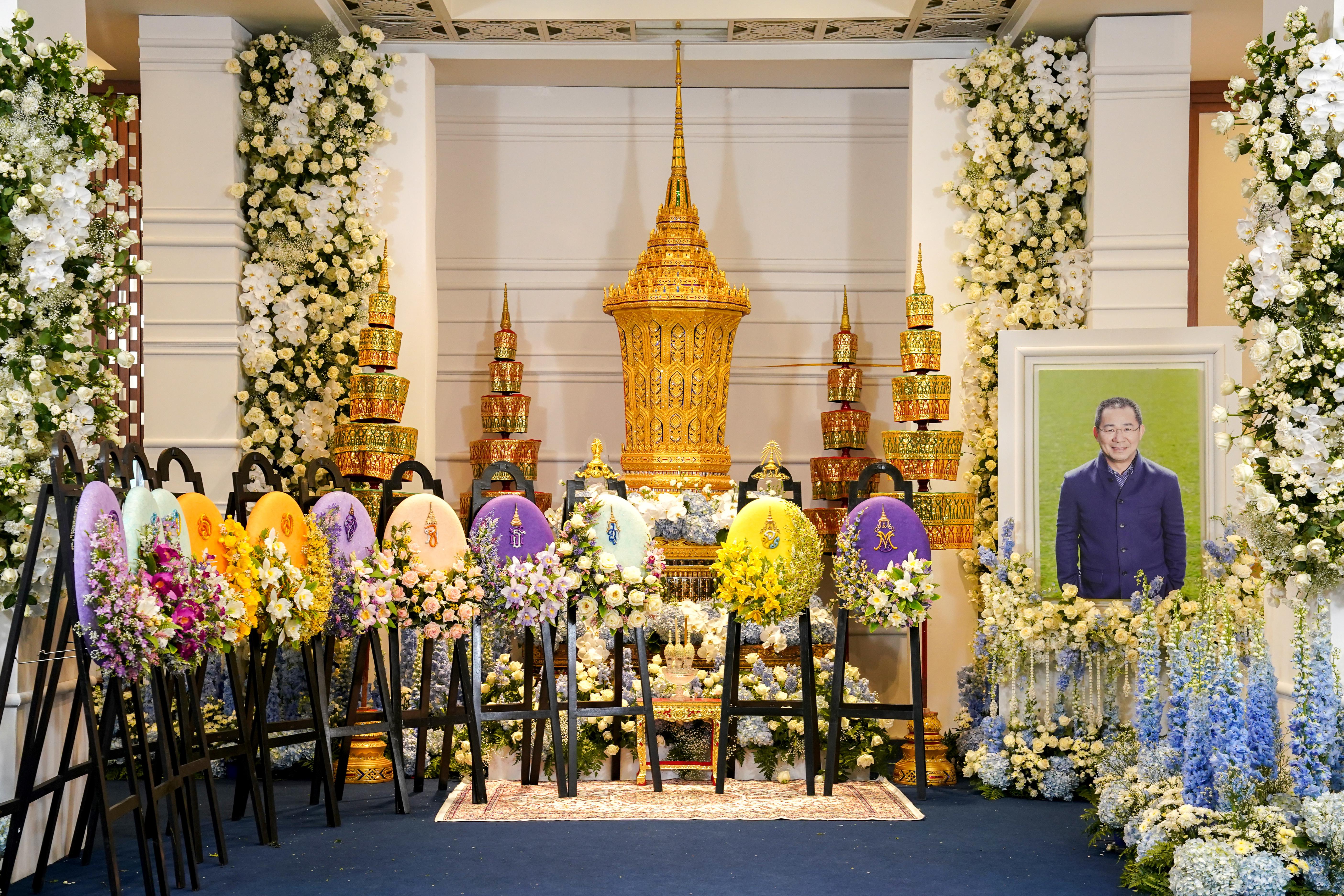 Vichai, 60, founder of Thai duty-free giant King Power International, was killed last Saturday along with four others when his helicopter crashed outside the King Power Stadium in the English city of Leicester after a Premier League match.

The funeral, closed to the public and media, was attended by Vichai’s relatives, friends and senior Thai politicians and soccer officials.

It began with a bathing ritual using royally-bestowed water and an eight-sided urn lent as an honor by King Maha Vajiralongkorn, and was followed by recitation ceremonies which will last for seven days.

Thailand’s kings have traditionally granted such honors at the funerals of high-ranking state officials or citizens who had devoted their lives to the good of the country.

Outside the temple on Saturday, Kiatisuk “Zico” Senamuang, a former Thai national soccer player and coach who was also at the Leicester match, told reporters that international soccer world had lost an important patron.

“I’m very proud of him… Not only the Thai people but also soccer fans around the world mourn his loss,” he said.

Leicester City striker Jamie Vardy and his team mates will travel to Thailand for the funeral after Saturday’s Premier League match against Cardiff City.

Vichai, who bought Leicester City in 2010, was adored by fans after the club stunned the soccer world by beating odds of 5,000/1 to win the Premier League title in 2016 in what amounted to a sporting fairy tale.

The Thai tycoon died along with two members of his staff, the pilot and a passenger when the helicopter came down in a car park moments after taking off on Oct. 27. His body arrived in Bangkok on Friday.

He had close ties to the Thai royal family, being bestowed with the last name Srivaddhanaprabha – meaning “glowing light of prosperity” – as an honor to his family in 2012.

Vichai’s death came just weeks before a planned auction for Thailand’s airport duty-free and commercial concessions, threatening to end King Power’s near monopoly of the sector.

King Power currently controls more than 90 percent of Thailand’s duty-free market, being a sole operator with concessions in all major airports in the country until 2020.