The protests follow an escalation in violence since the #EndSARS protests in Nigeria. The #EndSARS protests are concerned with the disbandment of Nigeria’s Special Anti-Robbery Squad, SARS. The police unit is accused of illegal detentions, assaults and shootings.

Nigeria’s chief of police Mohammed Adamu announced an indefinite 24-hour curfew to be imposed in the capital of Lagos.

Mr Adamu said the curfew was to “protect lives and property of all Nigerians and secure critical national infrastructure across the country”.

The state’s governor Babajide Sanwo-Olu claimed criminals had hijacked the protests in order “to unleash mayhem”.

The protests have turned violent after protesters set fire to a police station in the Orile part of Lagos.

In a series of tweets, Mr Sanwo-Olu said he “watched with shock how what began as a peaceful #EndSARS protest has degenerated into a monster that is threatening the well-being of our society”. 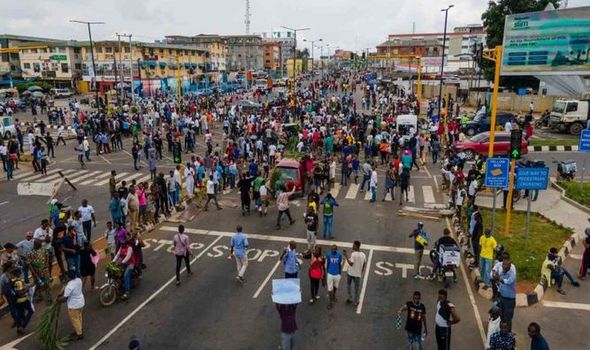 He added: “Lives and limbs have been lost as criminals and miscreants are now hiding under the umbrella of these protests to unleash mayhem on our state.

“We will not watch and allow anarchy in our dear state.”

Now Lagos airport, the country’s busiest airport, has been closed after roads in and out of it were paralysed with protesters taking over access roads.

The curfew will last one day and will affect millions of people.

Only essential workers will be allowed out. 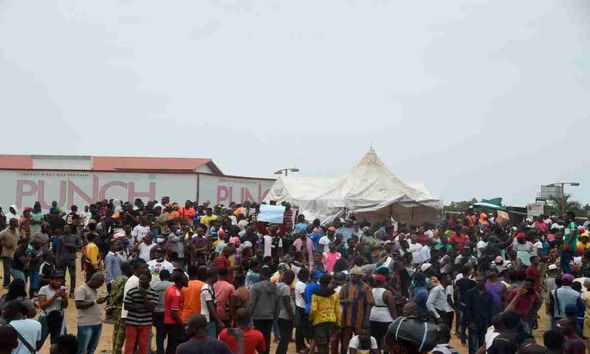 A police statement said: “All security agencies have deployed adequate personnel to take charge and enforce the curfew across the state.

The police statement added the protests have been infiltrated “by hoodlums who want to run down the state.

“The police command will resist such a state of anarchy.

“The present unrest and brouhaha will be dealt with by all powers of the law”.