‘Just a hit and a run’: Montreal restaurant owners baffled after assault on employee

The owners of Dunn’s Famous, a downtown Montreal restaurant located on Metcalfe Street, are in shock after a seemingly random attack against an employee Monday afternoon.

Robin Kligman, the granddaughter of Dunn’s founder Aideh Dunn, said the assault happened at around 3 p.m. as she, her brother and her husband — Scot Williams, who also works at the restaurant — were having lunch.

“My husband got a phone call from a supplier,” she said, adding that’s when a man walked into the restaurant in broad daylight, his face fully exposed and punched him in the head.

“He knew what he was doing, he was going for the temple,” Kligman said of the attacker. “He wound up and hit him with a big punch to the temple.”

Kligman said the man then ran out of the restaurant and fled onto Ste-Catherine Street.

Williams and other employees gave chase but were unable to catch up.

Kligman said no one had ever seen the man in the restaurant before and they are baffled as to what could have motivated the assault.

“I have no idea, it was like a random attack,” she said. “No explanation no words, it was just like a hit, and a run.”

“We’re open 24 hours a day, seven days a week, we’ve never had this sort of incident.”

Williams was taken to hospital to be treated for lacerations to the face and got the all-clear from doctors to go home late Monday night.

He was back at work Tuesday morning but said he was still feeling a little sore.

“Thankfully he’s OK,” Kligman said. “I was frightened for my husband.”

Kligman said she hopes someone will be able to identify the perpetrator.

“We have 19 cameras, we’re hoping somebody can identify him and we can put a name to him and take him off the streets,” she said.

“We’ve contacted the police, we filed a report and we obviously want to press charges, we’re asking for the public’s help.”

Montreal police confirmed to Global News they are investigating the incident, but wouldn’t comment further. 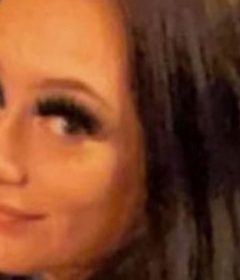