‘It’s going to be a nightmare’: Sydney Kurdish community fears US withdrawal

One week ago 65-year-old Rochin Battal, a Kurdish refugee living in Sydney’s west, learned her cousin had passed away in intensive care in northern Syria after she was injured in a bombing. Two days ago, she learned another of her cousins had died there too, with their partner and young daughter.

Now the family avoids the phone when it rings, her daughter Mira says, because they’re afraid of receiving more bad news. 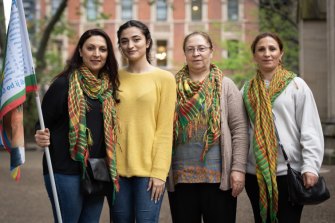 US President Donald Trump's sudden announcement that he would withdraw troops from Syria, which came late on Sunday night, has heightened their fears. The move gives the go-ahead to a Turkish invasion of the Kurdish region of Syria and the killings of thousands.

“Our house in Afrin has completely been destroyed. We had dreams, but now they’re on the floor. There are memories in Syria, everything is there, but it has been destroyed.”

The Elyas family, also from Turkish-controlled Afrin in Syria’s north, fear a repeat of what happened to their hometown. 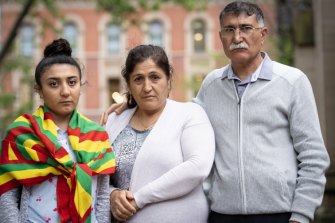 “[Turkey] will destroy the environment, destroy the city, destroy the culture, the heritage of the country,” says Abdulrahman Elyas, 58. “We are depressed. We are hoping the international community can do something to stop this invasion.”

Most of the family's relatives now live in refugee camps in Kurdish-controlled north-east Syria.

Abdulrahman's wife Elham, 52, says when the family goes home to Bankstown tonight they won’t be able to sleep.

“It’s going to be a nightmare for us,” she says. “We know that at any time Erdogan is going to enter the country. When that happens, we can’t help anymore, we don’t have any hope. Mentally, we’re trying to be strong.”

The couple and their daughter Riehana, 20, are Yazidi Kurds, a persecuted minority. One of Elham’s brothers was beheaded by Islamic State.

“We’ve been suffering,” Elham says. “We’re hoping this isn’t going to be the beginning of a genocide again. We’ve been through that – enough is enough for us. We can’t handle anymore.”

Elham has been contacted by her siblings in Syria, who say they are concerned and scared.

“They know that as soon as Turkey enters Rojava, there’s going to be a disaster,” she says. “We’re hoping the international community doesn’t let that happen.”