'Irreplaceable' fossils dating as far back as 251M years ago stolen from national park in Utah, officials say

Officials are offering a reward after rare fossils dating as far back as 251 million years ago were stolen from Capitol Reef National Park in Utah. 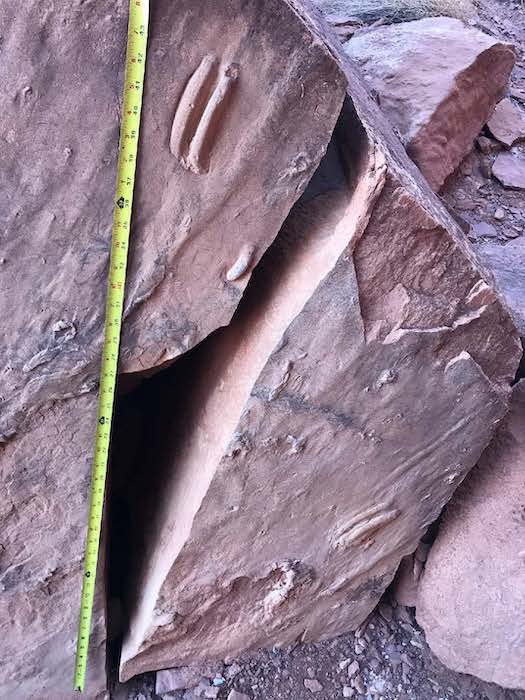 The trace reptile track fossils dating from the Triassic period were removed from a trackway in the park between August 2017 and August 2018, the National Park Service said in a news release Tuesday.

Officials said the fossils are "irreplaceable" and are offering a reward of up to $1,000 for information that leads to the identification and prosecution of whoever is responsible. The U.S. Park Rangers are seeing help from the public.

"Information from other visitors is often very helpful to investigators," the news release states. "If you have information that could help recover the stolen fossils or that could help identify those responsible, the park asks you to please submit a tip."

"Vandalism hurts. Some of the oldest and most extensive reptile tracks in the western United States are found within Capitol Reef National Park," it added. "Fossils preserve the record of life on earth and are exceedingly rare."