SAO JOAQUIM DE BICAS, Brazil (Reuters) – Miles (km) downstream from where a dam owned by miner Vale SA burst on Friday, killing hundreds, a small indigenous village in Brazil faces doubts about its very existence as the river at the center of life here runs dark with mining waste. 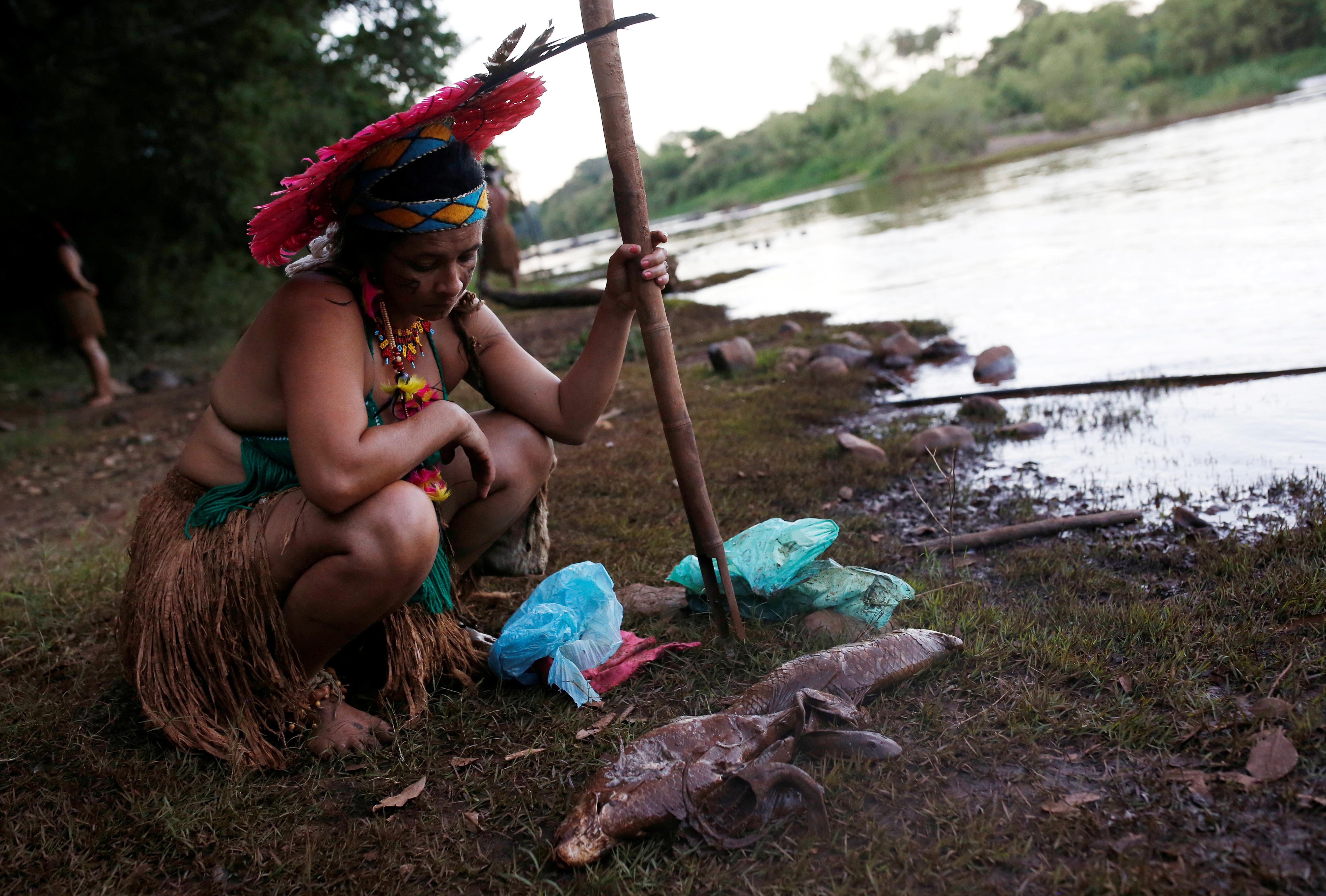 For members of the Pataxo-Hahahae tribe living at the end of a sinuous dirt road, fish from the Paraopeba River are the principal source of food. Villagers bathe and wash their clothes in its waters.

But after a tailings dam at Vale’s Corrego do Feijao mine burst upstream, burying communities and turning the river’s once-clear waters a muddy brown, the 80 or so residents of the Pataxo-Hahahae village of Nao Xoha say they are unsure if they will be forced to uproot their families.

While there were no Pataxo-Hahahae among the 65 confirmed dead or 279 disappeared, the disaster, they fear, could be the end of their way of life.

“On Thursday, I was here washing my clothes, bathing with my children, and now I can’t even touch the river,” said Sot de Ionara Pataxo Hahahae, holding back tears.

“Our hearts are so sad knowing that nothing can be done.”

The Pataxo-Hahahae’s plight comes as Brazil’s current government, which took office earlier in January, has signaled it wants to cut mining regulations and shrink protections currently afforded to indigenous communities. For critics, the dam burst reveals the danger of both policies.

Brazil’s indigenous affairs agency Funai said it is committed to helping Nao Xoha, by ensuring potable water among other measures.

But in the wake of the disaster, trust in the authorities here is low.