Police were called to a gathering of over 300 motorists on parkland in Bristol.

Pictures from the scene show hundreds of cars on Clifton Downs on Sunday, with large groups of people gathering together and blasting music.

There was even an ice cream van.

An eyewitness described how they had gone for a pleasant walk at the local beauty spot, only to discover a mass gathering of cars.

Police and the eyewitness confirmed that the motorists were speeding their cars around local roads in Clifton, along with engine revving and loud music blaring out. 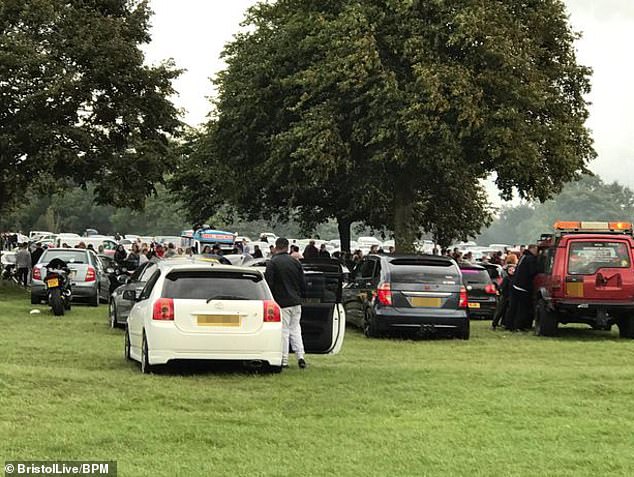 Police were called to a gathering of over 300 motorists on parkland in Bristol, pictured above

The local police force took to social media to confirm that they were in attendance at the scene.

They wrote: ‘We’re currently responding to reports more than 300 motorists have gathered on Clifton Downs, Bristol and are driving dangerously on surrounding roads.

‘Public safety is our utmost priority and action will be taken against anyone found to be breaking the law or endangering others.

‘Officers are at the scene and will not tolerate dangerous driving and will not allow public roads to be used as a race track.’

Ann Hudson tweeted: ‘I heard it clearly from Clifton Down around 8pm yesterday it was extremely loud music and a lot of cars parked actually on the Downs. It’s becoming unruly.’

Dave Harries wrote: ‘Wonder what they are protesting about? Any idea? Not very peaceful for a while earlier with all the wheelspins and motor revving being done at the bottom of Stoke Hill either way.’ 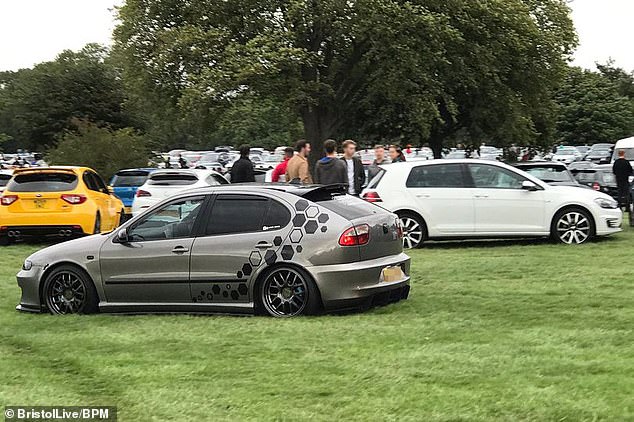 An eyewitness described how they had gone for a pleasant walk at the local beauty spot, only to discover a mass gathering of cars, pictured above

He said: ‘We have procedures in place – and in this case they were not followed.

‘I think I speak for everyone on the committee when I say I am extremely unhappy about what I saw this morning. To see people have been driving on the Downs like this is frustrating.’

He added: ‘Things like this cost money, money we do budget for, but money we could spend on other projects. There is a reason we have a procedure in place.

‘If anyone else is thinking about holding any event on The Downs, they must contact the Downs Committee first.’